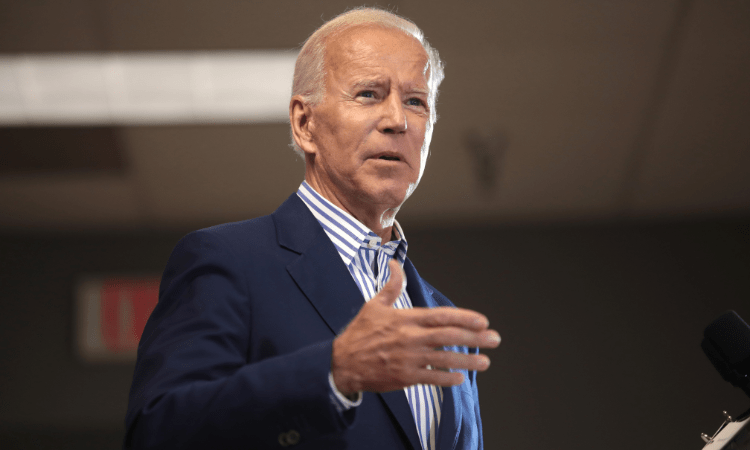 The House January 6 committee criminal referral against Donald Trump for insurrection is a red flag of totalitarian manipulation. It is absurd to believe the few unarmed, unorganized people who entered the Capitol were trying to overthrow the government. However, the truth matters not to the Biden regime and its congressional enablers.

The committee abandoned procedural safeguards and decided its verdict before assessing the evidence. The committee had two purposes: (1) to distract from what a real investigation should examine, and (2) to demonize the Biden regime’s political enemies: Trump, his supporters, and all Americans who can see and communicate the truth.

Almost all protesters in Washington, DC, on January 6 believed in their legitimate cause and were exercising their constitutional rights. So were elected representatives challenging the questionable election.

The Marxists who now control the Democrat Party have worked for 50 years to divide the country along racial lines. Barack Obama has also promoted the false narrative of systemic racism as president and since leaving office. This set the stage for demonstrations in 2020, not coincidentally just before the presidential election.

The Democrat Party somehow managed to turn the Black Lives Matter protests violent, with the help of Antifa, and still deflect the blame and demonize Donald Trump.

With the January 6 protests, apparently Trump was still to blame. The legacy media and Democrats characterized those who went into the Capitol as dangerous insurrectionists, but evidence suggests they walked into a trap. We need a real investigation of January 6 to determine if, in 2021, agents provocateur incited a mob to enter the Capitol.

The FBI has become an arm of the Democrat Party. In addition to interfering in the 2016 election against Trump and undermining his presidency, we now know the FBI interfered in the 2020 election by censoring truth and promoting lies with Twitter.

The corporate owners of the legacy media partnered with Democrats, some Republicans, oligarchs, and Wall Street to reinstate the previously bipartisan China-first policy that Trump had changed. Federal bureaucrats joined them to assure their continued autonomy that Trump threatened.

The Biden regime-media partnership has suppressed truth and amplified lies about economic data, COVID-19, the border, crime, inflation, etc. Deliberate polarization of society through demonization results in millions of people not seeing through the lies and discovering the truth.

Democrats Use Failure as Pretext for Intervention

Too many Americans have overlooked inflation and crime to focus on keeping from power those they have been manipulated into viewing as racist insurrectionists. Demonization distracts Americans from seeing that inflation and rising crime are part of a purposeful strategy to convert our nation into a dictatorship.

Americans traditionally view politics with the implicit assumption that, despite strong differences on how to achieve it, all parties seek the common good. This is no longer true, but even most Biden regime opponents fail to see it.

The Biden regime has strengthened the implacable enemies of liberty—China and Iran—and has little interest in supporting the people’s uprisings against their tyrannical governments. The regime’s war on energy has strengthened Russia. Simultaneously, the regime has weakened our military with its social engineering and vaccine mandates.

Along with this destruction, the Biden regime attacks and erodes liberty. A democratic republic cannot survive politicized justice. The regime and its oligarch partners collude to violate the first amendment with censorship, the hallmark of totalitarianism.

The oligarchs favor the China model. They like its unlimited centralized power over people and reject our founders’ vision of rule by the people. They prefer labor with no rights and for Americans to be dependent on the government, run by them and their establishment partners.

None of this is coincidental or due to incompetence. It is a deliberate assault to transform our country. Democrats, Republicans, and independents facilitate disaster by failing to recognize and counter the Biden regime’s totalitarian agenda. We will become a dictatorship if we fail to see through the lies and manipulation.