Iván Velásquez Should Resign from the CICIG Today
Skip to content 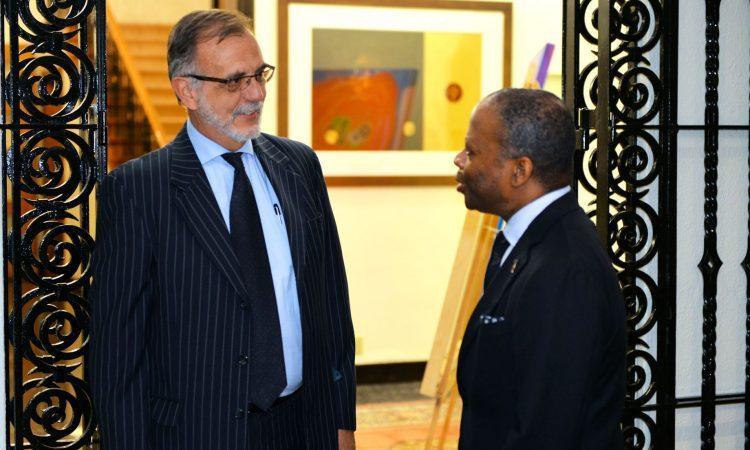 Widespread Guatemalan contentment regarding the presence of the CICIG in their country is withering.

Its few achievements, which are attributable only to its current commissioner, Iván Velásquez, and not to his two predecessors, are receiving people’s increasingly negative evaluation. These “revolutions” usually end up devouring their own progeny.

You, Mr. Velásquez, will be added to the list of your own victims, using the same logic that you have employed to victimize them. Former Colombian President Álvaro Uribe is right about this as well.

You have recklessly gone so far as to say that those of us who regret the CICIG’s increasingly unjust arbitrariness are criminals. Well, I dare you to prove that I am.

In a previous article, I compared you to Tomás de Torquemada. Later on, some of my readers suggested another analogy that is even more relevant to your case: that of Maximilien Robespierre, “The Incorruptible,” who murdered thousands of innocents with the newly invented guillotine back in the 18th century. His deification led him to die under the very same killing machine.

Mr. Velásquez, you learned how to take advantage of the beautiful civic movement that a large number of Guatemalans started in April 2015, against the ostentatious corruption of then President Otto Pérez Molina and his vice president, Roxana Baldetti.

I applauded you for that gesture, which also included prosecuting the others involved in the “La Línea” case. Nevertheless, you declined to prosecute with equal energy, and for the same reason, the no less corrupt Álvaro Colóm and Sandra Torres. Was it because of your ideological preference?

Moreover, alongside Todd Robinson — the intrusive US ambassador that Barack Obama sent to this country — you are seeking to illegitimately neutralize certain legislators the Guatemalan people elected. Consider, for example, the case of Fernando Linares Beltranena.

Unfortunately, for a little more than a year, I have noticed that you have become more and more cocky and dogmatic. You have appealed to ethically reprehensible means in pursuit of your goals. This includes false witnesses, twisting of Guatemalan laws and her Constitution, and your visible pressure on legislators, judges, and public officials in general.

This, Mr. Velásquez, would qualify as extortion in any part of the world.

Therefore, it is clear to me that you are going from bad to worse. In the very near future, this will eventually erase any positive actions you may have done so far. Remember that your two predecessors were even more disastrous than you, and that is why nobody regrets their departure. Would you like to end up being classified as the third of the same contemptible kind?

Going back to Robespierre, vanity had killed him before the guillotine itself. This is a universal human phenomenon. That is why I reiterate that the same thing will happen to you if you do not resign on time. That is, today.

It is not positive for the Guatemalan people either that you use your stay in this country as a platform for your political future back in your native Colombia. Have you not heard the saying that it is better to release an offender than to deprive an innocent of his liberty?

Did nobody teach you the wise thesis of Hans Kelsen and F. A. Hayek, which asserts that the justice of any judicial sentence may be arguable, but blatant injustice will never be? Do you think you are infallible, Mr. Velásquez?

If you continue along the same road to your professional decline, alongside a not less media-hyped attorney general — thanks to the indiscreet collaboration of the clumsy US ambassador — I can foresee that you will inevitably fall into that cosmic “black hole” from where there is no possible escape, that part of history reserved for those who have sadly failed.

And because of your growing blindness, you have stopped prosecuting the subversive and violent groups: CUC, FRENA, CODECA, CONIC, and so many others for whose suppression that legal monster we all know as CICIG was precisely invented.

You have repeatedly violated Article 14 of the Guatemalan Constitution, which obliges us all to accept the innocence of any person accused of a crime until his guilt is proven in due process before a competent court of justice.

You have underestimated the personal honor and moral integrity of Guatemalan army officers that have been imprisoned for years without any evidence of their guilt. This, Mr. Velásquez, is a deadly sin to the International Criminal Court, before which a competent authority could take you one day.

You have deliberately avoided even mentioning the legal responsibility those groups have for multiple murders, robberies, kidnappings, rapes of underage women, destruction of property, and discouragement of investment in the rural areas of this country (not to mention the smear campaign against Guatemala these groups have promoted in other places, such as Scandinavian countries) — the only crimes to which paradoxically you were contractually obliged to persecute.

It is a shame, Mr. Velásquez, that you have lost me as a sympathizer, as well as many other men and women of good character. In the end, though, that appears to not matter to you at all.

That is why I believe that you still have time to retire without the overwhelming opprobrium of the executioners in the service of tyranny. Otherwise, the cyclone of history that is already on its way will catch you mercilessly, just as you have already done with many other citizens of a country that is not your own.

Personally, I still do not understand the common overvaluation Guatemalans have for foreigners. It led them to think that you could have a finer sense of justice than that of several Guatemalan citizens who were proven to be talented and morally qualified, ready to do justice.

This could mean, in the very near future, that with the creation of the CICIG, instead of having imported a standard-bearer for international justice, they will have imported a coroner aiming to become a dictator.

Resign, Mr. Velásquez, before the time you still have left runs out.

This article first appeared in El Periódico and was translated by Rebeca Morla.