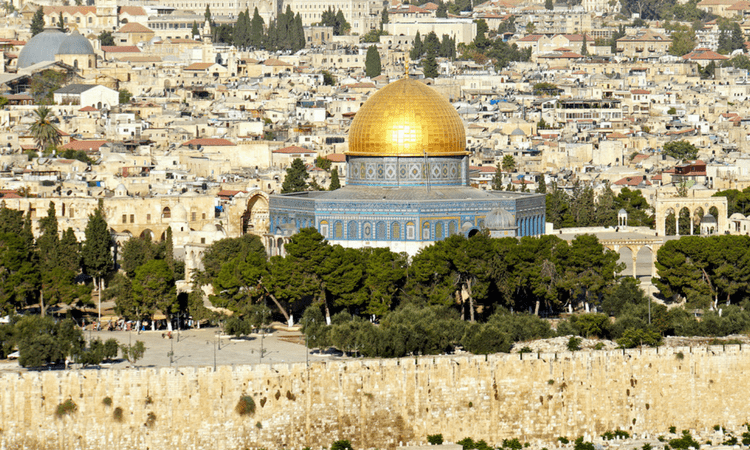 The United States and Guatemala will move their embassies to Jerusalem, as a symbol of solidarity. (Dennis Jarvis)

The US news media don’t often cover news about Guatemala, the small Central American nation on Mexico’s southern border. As a result, many Americans were surprised to learn that Guatemala recently announced it would move its embassy in Israel to Jerusalem.

Why is Guatemala aligning itself with Israel at a time when most United Nations member states have voted to oppose the move of the US Embassy to Jerusalem and regularly support resolutions hostile to the Jewish state?

Contrary to widespread speculation, Guatemala’s support for moving both the US Embassy in Israel and its own embassy there to Jerusalem is not motivated by a desire to curry favor with the Trump administration. Instead, Guatemala is motivated by its own longstanding ties to Israel and it commitment – shared with Israel – to the principles of liberty and economic development.

The claim that Latin American countries bow to President Trump is patronizing. In the case of Guatemala, it inaccurately portrays President Jimmy Morales as an unprincipled beggar.

Some Latin American governments seek economic growth; others do not. The first step is the rule of law, to reverse centralization and abuse of power in favor of individual rights as the basis of society.

That path often irks political and financial elites that favor the collective over the individual and put themselves above the law. Cuba, Venezuela and their socialist allies are the most extreme examples. On the other side are Guatemala, Panama and Chile, among others.

The close relationship between Guatemala and Israel dates to the latter’s founding. The 1947 proposal to recognize the state of Israel was presented and lobbied for by Guatemala’s ambassador to the United Nations, Jorge García Granados. This led to Israeli statehood, and as a result Israeli street names remember Granados and his country.

Guatemala was the first nation to open an embassy in Jerusalem (later relocated to Tel Aviv) and the second to recognize Israeli statehood, after the United States.

As George Gilder posits in “The Israel Test,” the pervasive opposition to Israel comes less from prejudice against Jews than from prejudice against liberty. Israel is a thriving and innovative democracy, and that’s precisely the example the autocratic and elitist leaders of its detractors want to avoid. Guatemala shares many ideals with Israel and so embraces the Jewish state.

Morales’s foreign minister has stated that the United States didn’t ask Guatemala to move its embassy in Israel to Jerusalem. The statement is believable, given Guatemala’s long-term relations with Israel and no reversal from President Trump of President Obama’s Guatemala policy. Because the United Nations has frequently voted against Guatemala, that’s a likely factor in Morales’s decision to defy the institution.

President Morales has much in common with President Trump. Both political novices won on anti-establishment platforms, and they face fierce opposition that includes efforts to sabotage them and remove them from office.

The successors to Castro-supported guerrillas struggle for power by any means necessary, and their agenda is collectivism, with inevitable economic destruction and the loss of liberty.

UN member nations are mostly autocratic governments and socialist democracies with illiberal values. The United States, by comparison, has had a mixed bag: globalist (Obama) and nationalist (Trump). The former opposed Israel because of its historic emphasis on the individual and universal values. The latter champions those values because they produce the best results for the greatest number of people.

The UN-created and mostly US-funded International Commission Against Impunity in Guatemala (CICIG) and the guerrilla successors are leading the charge against Morales. These adversaries work together and have co-opted the judicial branch, which they have used to illegally block Morales’s August declaration of persona non grata regarding the CICIG commissioner.

The Obama-imposed, anti-American collectivists in Guatemala – who oppose Trump and his policies – fear Morales’ embassy move to Jerusalem will attract President Trump’s attention. President Trump could realize that Morales values individual liberty and economic growth – as Trump does and the collectivists don’t.

If President Trump responds fittingly and reverses Obama administration policy toward Guatemala, as he has in other areas, it would benefit the United States and Guatemala, beyond their longstanding alliances with Israel.

There are elements of realpolitik in every country’s decisions, but one can predict which countries might follow Guatemala’s lead in moving their own embassies to Jerusalem. Those most likely to do so value the individual and want economic progress. They are prepared, as President Trump is, to separate from the globalist group that values the collective above the individual.