An American Stuck in Jail for Years, Thanks to the State Department
Skip to content 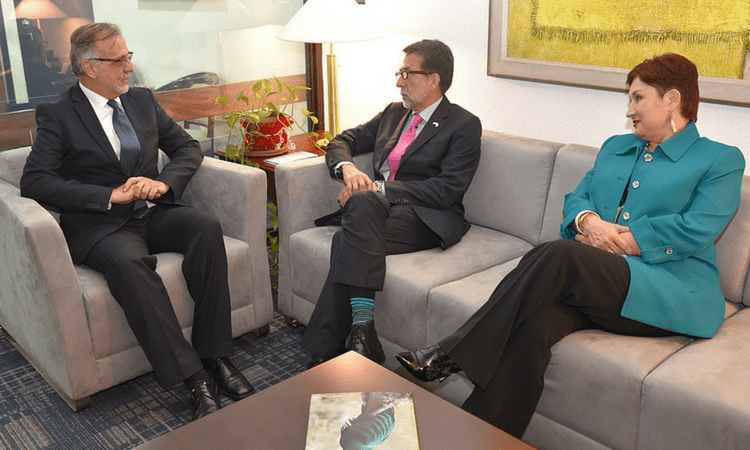 America’s media are addicted to controversy. But here’s a scandal they’ve avoided in droves: an American citizen stuck in a foreign prison, where he has remained for more than three years with not a shred of evidence against him.

The US embassy, contravening its own laws, has done zero to protect the man—even while a congressional office in the host country has protested the imprisonment, telling the trial judge that “three years in preventive detention transcends all international standards.”

The country is Guatemala, and the US ambassador there has acted as a flunkey for America’s enemies. Trouble is, Guatemala has little interest in US news outlets. The country’s only reliable followers are self-appointed “progressives” who smother Guatemala with their condescending concern.

Leading that coterie is the International Commission Against Impunity in Guatemala, or CICIG—a group of foreigners who, with the connivance of the United Nations and the United States, are now holding maximum political power in the benighted Central American nation.

Born in 2006, the CICIG was a brainchild of UN bureaucrats and others who claimed that Guatemala, a country in crisis, could not look after itself. Guatemalan lawmakers disliked the idea of the CICIG but bowed to heavy pressure from abroad.

Among those bringing pressure was the US State Department, which went to the UN with bags of money. To this day—even under Trump, to whom the thing should be anathema—the US has contributed the lion’s share of the commission’s funding.

The commission’s mandate was to work with Guatemala’s justice ministry in uncovering and dismantling groups that posed a threat to the country’s laws. By agreement between the UN and Guatemala, the commission staff was granted full diplomatic immunity.

As soon became clear, the commission was also given freedom from oversight. It then used its liberty to establish total control over Guatemala’s judicial system, and over the country’s laws. Soon enough, no one whom the commission disliked was able to hold office in government.

Most centrally, for eight crucial years, the CICIG had the backing of the United States under Obama, his secretaries of state and his ambassadors. The commission, like its patrons in Washington, shared broad sympathies with Castro-style guerrilla movements and governments throughout the region.

Today the CICIG can order anyone’s arrest, for any reason, and send that person to jail for an indefinite stay. Three years and counting is a fairly common lot for those who have gotten into the CICIG’s cross-hairs. In one case, a pair of brothers who were well-known businessmen spent seven-plus years in jail before a judge threw out the case for lack of evidence.

The American in prison today, Anthony Segura, says his case reflects nothing but the wishes of the CICIG and its allies to enshrine indefinite detention as a prosecutor’s weapon in Guatemala.

Segura also charges that the US ambassador, Luis Arreaga, is in full complicity with his jailers. Not the least ironic aspect of this situation is that Arreaga draws his legitimacy from the Trump administration.

The policy has a cruel twist. While Trump is passionately committed to a secure southern border, the CICIG’s regime of lawlessness actually creates the chaos and impoverishment that have set people running in droves to the United States.

In recent months, the CICIG has been the subject of hearings by the US Helsinki Commission and the House Foreign Affairs Committee. State Department representative Kenneth Merten had the cheek to appear before the latter body as an apologist for the CICIG.

One US media outlet has reported that the Trump administration, in light of recent controversy around the CICIG, is re-thinking its policy of support for the renegade commission. It can’t happen a moment too soon. The fate of Anthony Segura, all by itself, is a powerful incentive to reform our actions in Central America. As long as Segura is unfree, so are the rest of us.