US Citizen Held Hostage in Guatemala
Skip to content 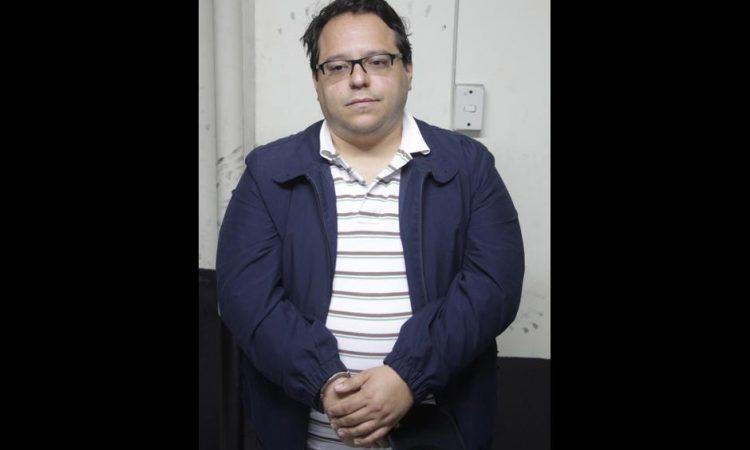 Anthony Segura was a whistleblower in the tax agency. Prosecution is the reward he received. (@JusticiaAnthony)

You inspired me to write with your December 10 tweet in observance of Human Rights Day. You demanded the “release of Bob Levinson and all other U.S. hostages immediately.”

I am a US citizen who has been held illegally in pre-trial detention in Guatemala for nearly four years by the UN International Commission Against Impunity in Guatemala (CICIG) and its subservient judiciary.

The CICIG would not be present in Guatemala without US-government pressure to extend it. The United States has also been the major financial and political contributor to the CICIG. Our US government, therefore, has a high degree of responsibility for my plight.

Please read the rest of this letter for a summary of my case and request to you.

Born in New Jersey, I also hold Guatemalan citizenship via my parents. I was an employee of the SAT tax authority, Guatemala’s IRS equivalent. I was secretary general of the SAT employee union. In that capacity, with the approval of our board of directors, we published two paid advertisements in the Guatemalan press in 2014 denouncing irregularities in the SAT and requesting an investigation from the Justice Ministry and the CICIG. We said the lack of controls permitted corruption that contributed to contraband flowing to the United States.

In 2015, the CICIG began to pursue the case known as “La Linea”—a customs fraud. The CICIG and our embassy in Guatemala used this case to bring down former Vice-President Roxana Baldetti and former President Otto Pérez. Although I had denounced precisely this corruption, I was arrested on April 16, 2015, and charged with customs tax fraud, receiving bribes, and illicit association with “La Linea.”

Amazingly, the CICIG claimed my role in the conspiracy was to have the SAT superintendent removed. We had asked publicly for that since 2013 because we had observed his questionable actions. The CICIG accused him in the same case. It makes no sense for me to be in a criminal structure I denounced and sought eliminated.

I was confined without bail in the Preventive Center for Men—a 1,500-capacity facility that houses 5,000 individuals—alongside MS-13 gang members. Without citing his reasoning, as the law requires, Judge Miguel Ángel Gálvez denied bail with the claim I could hinder the investigation.

Gálvez again denied me bail in October 2016 on the same grounds. His action this time was even more illegal than when he bound me over for trial because of events that had occurred since then. The most glaring was the prosecution had concluded its investigation and presented its findings to the court. I could not possibly hinder something that had concluded.

In October 2017, Gálvez dismissed the case of customs fraud against me and accepted the charges of receiving bribes and illicit association. The prosecution has to date not submitted any evidence at all that I received any illegal money. They have not specified when, where, or with whom I conspired nor the agreed illegal activity. In almost four years of illegal detention, the prosecution has presented no evidence whatsoever in my case.

Again, in June 2018, Gálvez denied me bail on grounds I could hinder the investigation. The judge has granted bail to 12 other individuals in the case. I have appealed and made every effort to have the judiciary release me pending trial, yet I remain illegally detained.

Naturally, I informed the U.S. Consulate of my situation soon after my arrest. Todd Robinson, now State Department senior advisor for Central America, was ambassador then. His team offered me toothpaste and a toothbrush, nothing more.

Robinson is infamous in Guatemala for having publicly and illegally intervened in the appointment of magistrates to Guatemala’s Constitutional Court. They have issued many illegal rulings and they support judges, such as Gálvez, who illegally do CICIG bidding.

A Robinson favorite, Juan Francisco Solórzano, participated in the investigation of my case. With pressure from Robinson, President Jimmy Morales named Solórzano SAT superintendent, despite not fulfilling the requirements for the position and having no qualifying experience. Knowledgeable people have told me that my demonstrated willingness to denounce corruption is the reason I was removed. My union colleagues have told me Solórzano continued to run the criminal organization supposedly dismantled by the CICIG.

People at our embassy arranged for my father to meet with Colombian Luis Fernándo Orozco of the CICIG. Orozco, recently expelled from the country by Morales, told my father he could help me if I helped him. My father replied I had denounced this corruption from the beginning and didn’t know more about it. Orozco told him that wasn’t enough. Clearly, he wanted me to testify falsely as he had arranged with other witnesses in other cases, which is now public record.

I have repeatedly informed our diplomats of my situation. In a House Foreign Affairs Committee hearing on July 11, 2018, former Ambassador Kenneth Merten testified for the State Department. In response to Representative Chris Smith (R-NJ), Merten evaded the question of my case despite our mission in Guatemala having the information. The State Department has been the CICIG’s fervent, indispensable advocate.

I am a CICIG hostage. The US federal government, the State Department, and Robinson share responsibility for my plight. I request a complete investigation of the role of the State Department, specifically Todd Robinson, in promoting criminal activity in Guatemala, harmful to that country and to the United States. I am sure the results will vindicate me and help both countries.