Why Nicaragua Needs to Import Energy
Skip to content 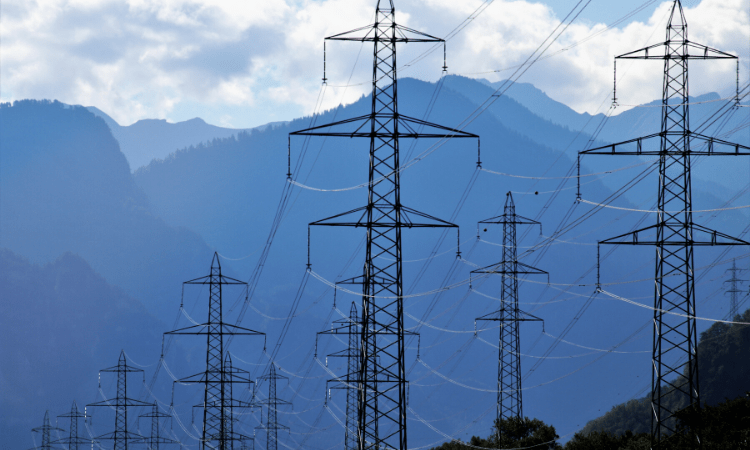 The plight of Nicaraguans increasingly resembles that of Venezuelans. An egomaniac socialist strongman? Check. Censorship and political prisoners? Check. A shrinking economy and nationalized underperforming industries? You bet. Just like oil-rich Venezuela nowadays must rely on foreign fuel, Nicaragua—once touted as an energy “paradise”—is importing electricity from her neighbors.

US sanctions have dented the operations of Albanisa, a giant conglomerate created by the corrupt Venezuelan and Nicaraguan governments in 2007 that concentrates half of the country’s power-generation capacity. However, the deeper problem is that Daniel Ortega’s totalitarian regime—like Nicolás Maduro’s—has allowed the nation’s industries to decay for years through neglect and corruption.

Even though electricity bills for end consumers rose by 18.3 percent in 2019 alone, production is plummeting. In January, Albanisa’s power plants generated 70 percent less electricity than in the same month last year. In part, this is because they have been unable to receive some payments and purchase spare parts abroad due to US sanctions.

This situation forced the regime to import electricity from Guatemala and Panama and impose yet another rate increase in February 2020. According to official reports, imported energy in 2019 accounted for 14 percent of national consumption. So far in 2020, the national power-distribution company, Disnorte-Dissur, has imported energy to supply 20 percent.

He Who Pays the Piper Calls the Tune

The fate of Albanisa was sealed from the beginning: Nicaraguan and Venezuelan autocrats joined forces to support each other’s radical agenda. It named thermal and wind plants after socialist radicals: Hugo Chávez Frías, Che Guevara, and Camilo Ortega Saavedra. Following the tradition of Latin-American populists, Ortega and his family pocketed more than $345 million from the venture right from the construction.

One thermal plant, MAN, ended up costing $450 million, $150 million more than expected. Under the excuse of unforeseen expenses, the regime whitewashed negligence and cronyism. For instance, the builders did not foresee that bridges on the way from the port to the plant were not strong enough to resist the weight of the plant’s engines, so they had to reinforce the bridges first.

A report by Nicaraguan independent media outlet El Confidencial revealed the regime knew the MAN plant, completed in 2016, would not be able to operate at the promised capacity. They also knew it was not necessary, since existing plants had the capacity to satisfy demand. Ortega’s cronies went ahead anyway. To secure Albanisa’s income, they forced energy distributors to pay each plant a fixed rate regardless of electricity output.

US sanctions have changed the game. In February 2019, the distributor Disnorte-Dissur, in which the Nicaraguan government owns a minority stake, stopped paying Albanisa for its energy. To prevent potential asset seizures, the regime withholds payments to the distributor.

Even though Disnorte-Dissur is nominally private, the Ortega administration began to openly use company funds to finance welfare programs, such as $235,000 for housing in Managua. The majority shareholder from 2013 until recently was a mysterious multinational firm called TSK, which allegedly sold its 84 percent stake to an undisclosed company over the past year. César Zamora, president of the Energy Chamber of Nicaragua (CEN), told El Confidencial no one really knows who is in charge of Disnorte-Dissur. The firm would not provide information to CEN or to the press on the new owners.

As electricity bills rose and the economy shrunk, the number of delinquent customers ballooned to more than 16,000. Arguing that Disnorte-Dissur was struggling due to this shortfall in revenue, the Nicaraguan Congress in 2019 passed a bill introduced by Ortega allowing the company to sue debtors.

The law also lets the company share the list of delinquent customers with credit-risk registries and seize their assets. Disnorte-Dissur expects to collect $106 million through this process.

Although the distributor alleges it is extremely indebted, Zamora explains Disnorte-Dissur’s situation should have improved over the last year, thanks to lower oil prices and higher electricity rates. To prevent the eventual windfall from going to Ortega’s pockets, the CEN is demanding to see the company’s financial records.

Despite all the Sandinista friend-of-the-poor rhetoric, Nicaragua has the highest electricity price in all Central America. In 2017, it was $17.88 per kWh, whereas it was $15.47 in Guatemala, $14.52 in Honduras, and $14.11 in Costa Rica. To make matters worse, a large majority of the rural population has no access to the grid.

Regarding the latter, for example, mishaps and leakages from the system ate up 24.7 percent of total energy output in 2017. Even though legislation mandates investment in maintenance and new electrical substations, losses and failures have increased since 2014.

Indeed, public works have become the favorite plundering grounds for Ortega to finance Sandinista handouts and his own luxurious lifestyle—productivity and accountability be damned. In 2018, the World Ultra-Wealth Report placed Ortega net worth at $3.8 billion.

As with several socialist experiments across Latin America, the lack of transparency, oversight, and an independent judiciary has paved the way for corruption and authoritarianism in Nicaragua.

History is repeating itself, with predictable conclusions. In Venezuela, the Chavista regime wrecked the once-thriving oil industry. Under the Kirchners, energy self-sufficiency vanished in Argentina. We can now add Nicaragua’s Albanisa to the list. Contrary to the platitudes of those in power, the common man is the one who suffers most.