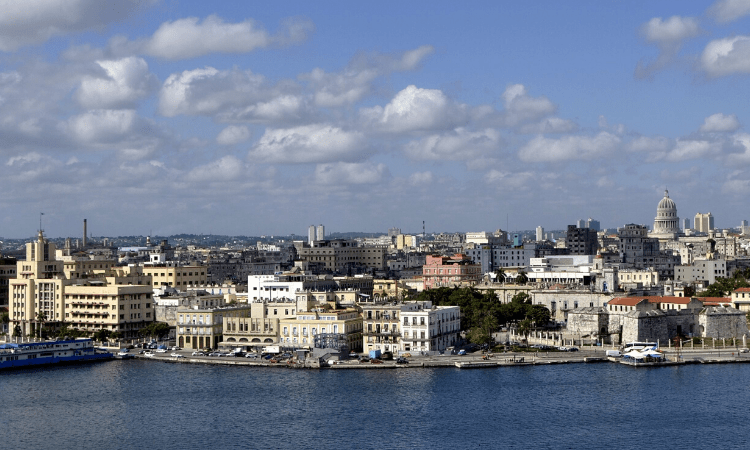 For more than six decades, Cuba’s so-called revolution has been a veritable fetish at the Times. (Canva)

Some days ago, the New York Times published the strangest of opinion pieces, entitled “How Cubans Lost Faith in Revolution.” In an extended subtitle, the paper exhorts the US electorate to an “understanding” of Cuba’s people—and specifically to “promises of a better life that were not kept.”

At that introduction, the reader must feel something strange in the air. Why should Cuba be a factor in the coming election, given America’s high degree of anxiety about its own problems?

That part of the mystery is not hard to resolve. For more than six decades, Cuba’s so-called revolution has been a veritable fetish at the Times—one faithfully maintained by its editors and writers today.

The latest Times piece views Cuba through the prism of a mid-level Cuban official who was born at the same time Castro began his guerrilla campaign. During the first decades of the revolution, Cubans felt their society had become more equitable and just. As time deepened, another reality emerged.

Everyone could see the socialist economy did not work. Even the country’s vaunted medical system had wound up in a wheelchair. While people were equal, poverty had become the norm. “As the revolution aged,” the article notes, “contradictions grew harder to ignore.”

That term “contradictions” is revealing. The Times, after all, is a US newspaper. If it covered an economic dispute in the United States, would you expect it to say contradictions were growing clearer? Probably not, because America’s political language does not use the word that way. The Marxist lexicon certainly does; you cannot read more than a page or two in Lenin, Stalin, or Mao without bumping into the concept.

Now we can see that the odd headline, “How Cubans Lost Faith in Revolution,” contains a trick of a similar kind. Would ordinary Cubans say, “We lost faith in the revolution”? Probably not. If they could speak freely, they would more likely say, “Our leaders promised us a strong economy, but they didn’t deliver.”

In actual fact, Cuba’s leaders are the ones who say, “The people lost faith in us.”

During one of his purges in the 1960s, Castro did exactly that to the leaders of Cuba’s Communist Youth, who were removed from their positions not long after they heard him cry out the fateful phrase.

The whole trouble with the Times’s article is that it portrays the failure of Cuban socialism as an outcome that fell from the sky. No one appears to have been directly responsible. That is untenable because Cuba has been governed by an absolutist regime since 1959. The agency in Cuba’s failure belongs to its leaders alone.

As the author approaches present time, a ray of light appears with what he describes as President Barack Obama’s “opening” to Cuba. Actually, Obama’s policy created a brief period of hope that merely reinforced the leadership’s ironclad position.

But just when you are sure the Times article is a rambling narrative without point, the point becomes clear. In 2017 a new figure enters Cuba’s history: President Donald Trump. The Times gives him all the agency and all the malevolence that it has obstinately refused to attach to Cuba’s own leaders.

In the Times narrative, Trump “undid much of the Obama opening, tightening the screws on Cuba and promising a quick end to the Castro regime.” In 2020 it is Joe Biden—or so the Times pronounces—who represents the last best hope for Cuba; and US voters are the ones who can give that gift to the Cuban people.

Adolfo Rivero Caro was one of the Communist Youth leaders whom Castro purged while crying about “faith in me.” He later took asylum in the United States. In one of his own last acts as a commentator, Adolfo made the point that the Times, for six decades, has managed to miss:

Without question, the Castro regime has been sustained with the help of major media and academic enclaves in the United States that share its anti-capitalist ideas. America’s so-called liberal establishment is the accomplice of a regime that has plunged the people of Cuba into a misery and oppression unequaled in its history.

David Landau, our contributing editor, is the author of Brothers, a history of the Cuban revolution that the Impunity Observer will publish in serial form later this year.