How the NFL Is Dismantling Our Constitutional Republic
Skip to content 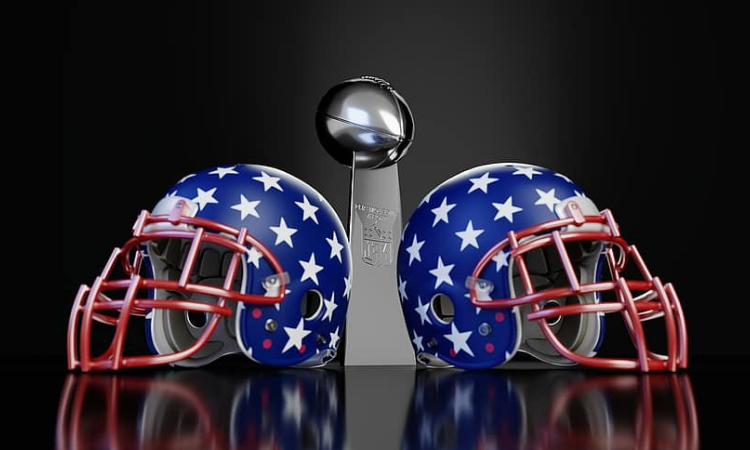 Fans are rejecting the sports' politicization by the League. . (Pikist)

On Sept. 10, the National Football League season kicked off with a marquee matchup.

Despite having a captive audience in their homes due to the pandemic, the overnight Nielsen ratings for the game were down 16 percent compared to last year’s opener. Sunday night’s ratings were down 28 percent.

Fans are rejecting the players’ disrespect of the national anthem and the league’s politicizing of sports. The fans allowed into Kansas City’s stadium, for example, booed the protests before the game.

However, that’s only part of the story.

This fan frustration will be the tip of the iceberg if they realize the NFL and its players are, probably unwittingly, facilitating a movement to dismantle our constitutional republic.

Many professional athletes feel they have a responsibility to speak out about injustice because of their high visibility. They have expressed a desire to help the country improve, a vague goal everyone agrees with. The leadership of Black Lives Matter (BLM) uses this well-intentioned desire as cover to execute the classic Marxist strategy to create a utopian one-party state.

The radical socialist strategy is to polarize society. As Barack Obama’s hero, Saul Alinsky, said in “Rules for Radicals,” “One acts decisively only in the conviction that all the angels are on one side and all the devils on the other.”

The takeover strategy requires political, media, government, and operational parts to succeed. The Democratic Party is the political vehicle. It coordinates directly with media partners to hide information from their audiences, spread propaganda, and demonize the enemy.

BLM and Antifa provide the muscle.

Alinsky’s 13th rule of power tactics is “Pick the target, freeze it, personalize it, and polarize it.” The target is authority: President Donald Trump, federal law enforcement, and local police.

The socialist movement established BLM founders—self-declared Marxists—as leaders for racial justice because the socialists know a majority of Americans support equal treatment before the law. Socialist organizers and their media partners mix truth, lies, and distortions to create their narrative. The death of George Floyd provided the spark. Socialists initiated protests, and BLM and Antifa operatives turned them violent.

Polarization demands the movement brand those who say “all lives matter” as racist. Cries of “no justice, no peace” and “white silence is violence” are intimidation. The movement blames Trump for the violence, which White House press secretary Kayleigh McEnany said was “like the arsonist blaming the firefighter.”

Athletes and other well-intentioned people just protest and leave solutions to the BLM leaders, whose platform calls for defunding the police. The leaders know this would lead to more violence and greater control by them over communities. BLM’s platform also calls for defeating Trump.

After Fidel Castro died, BLM’s leaders proclaimed: “There is an overwhelming sense of loss. … We must … come to the defense of El Comandante … as we aspire to build a world rooted in a vision of freedom and the peace that only comes with justice.” The movement will not stop until Castro’s revolutionary justice prevails.

Trump stands in the way.

If elected, a Biden administration, run by socialists such as Kamala Harris, would protect criminals and persecute enemies. We can already see this in Democratic-controlled cities such as New York, Chicago, and Portland, Oregon.

Our economy would be devastated by socialist fantasy economics. Blaming greed, the federal government would seek centralized power. The end of the road is dictatorship, which has been the fruit of the same promises—social justice and free health care and education—in Cuba, Venezuela, Nicaragua, and other dead-end societies.

The greatest danger to the socialist race strategy is an open national dialogue in search of common ground regarding racial justice. That would cause movement leaders to lose control over their followers.

Athletes and other well-intentioned BLM supporters should insist on solutions and be ready to engage to find them. Sen. Tim Scott (R-S.C.) has been working on police reform for years. The senator has been stopped by police several times in Washington, and he believes it stems from racial profiling. Scott has proposed police-reform legislation that Republican lawmakers and Trump support.

Scott offered Democrats all the amendments they wanted and said nothing was off the table. Democrats and their partners responded by calling Scott’s effort tokenism, a racial insult to Scott. Real reform with the enemy would negate demonization and destroy the revolution.

We must awaken as a society and reject the socialist assault on our liberty. No totalitarian society has justice. We have the framework to improve: the Declaration of Independence and the Constitution.

Athletes and other entertainers are devouring the hand that feeds them and encouraging others to follow the path to destruction. Until these celebrities change course, we should boycott all sports and businesses that support the Marxist strategy.

Conventional wisdom held COVID-19 could endanger a successful NFL season. Instead, it appears to be the polarizing tactics of the Marxist BLM leadership that have the NFL’s audience changing the channel.