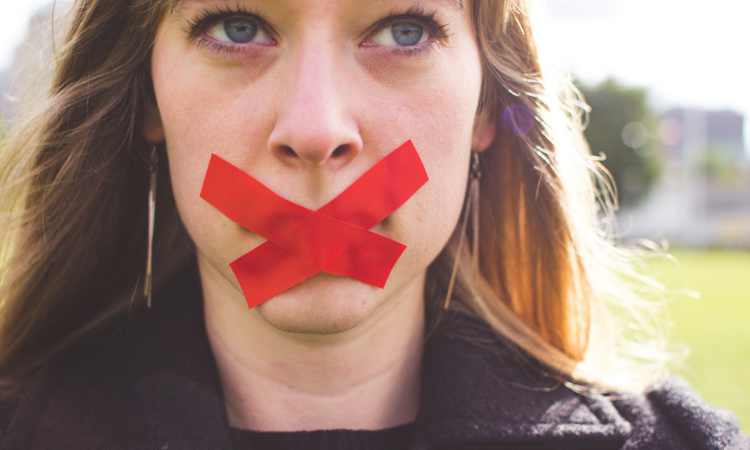 Silencing citizens who denounce human-rights abuses is what this new legislation is all about. (Canva)

From the beginning, Nicaragua’s response to the COVID-19 pandemic has boiled down to denial and repression. The Daniel Ortega regime’s latest salvo is a move to jail journalists and activists who have been lifting the veil on the real number of infections and deaths.

On October 27, the Sandinista-controlled National Assembly passed a bill giving Ortega powers to hunt down independent media outlets and dissidents. Coming into force on December 30, the Cybercrime Law will decimate Nicaraguan civil liberties and set the ground for an even more despotic dictatorship.

The legislation’s 48 articles introduce fines and jail sentences of up to 10 years for offenses such as whistleblowing, cyberattacks, online sexual harassment, and—notably—publishing “fake news.”

Nicaraguan journalists and international press organizations have denounced the gag law as dangerously vague about what fake, distorted, and confidential information are. Free-speech advocates argue the law leaves the door open to arbitrary enforcement on purpose so that the Ortega regime can undermine constitutional rights.

As if that were not enough, the Cybercrime Law allows government officials to surveil private communications they suspect could compromise the country’s “economic stability, public order, public health, and national security.”

Ortega’s new gag law authorizes Nicaragua’s telecommunications agency TELCOR to break into phones and computers whenever it spots alleged cybercrime. TELCOR will also have the power to seize equipment, property rights be damned.

Journalists and media in Nicaragua have lived a nightmare under Ortega, who is hellbent on striking out all independent voices. Over the years, media companies have had to downsize or cease operations altogether, such as El Nuevo Diario, a 39-year-old former daily that shut down in 2019 due to importing restrictions on printing supplies.

Digital platforms and social media have become essential to continue exposing the true nature of Nicaragua’s regime to the rest of the world. The internet, however, will no longer be a safe haven for Nicaragua-based activists in 2021.

A Threat to Democracy

Silencing citizens who denounce human-rights abuses is what this new legislation is all about, and Ortega’s shamelessness in ramming it through the National Assembly adds salt to the wound.

For the Inter-American Commission on Human Rights (IACHR), the law aggravates the Nicaraguan political crisis and whitewashes existing restrictions on civil society that Ortega’s repressive apparatus has continuously employed to stifle protests since at least 2018.

Given the law’s leeway for officials to classify “sensitive” information, Nicaraguan citizens and journalists who request information from government institutions will probably be ignored.

This is no surprise. Due to mounting corruption and economic hardship, the Ortega regime has ramped up secrecy since 2018. Despite existing legislation mandating accountability in the public sector, a 2019 report from Transparency Nicaragua revealed access to public information has consistently worsened over the past decade.

According to the study, just three out of the 64 government institutions assessed mildly comply with transparency mandates. Ten institutions, including the Supreme Electoral Council, do not publish relevant information at all.

The Road to Full Serfdom

Activists and dissidents are not the only victims. Government employees will be caught between a rock and a hard place as they will no longer be able to voice their concerns about mandatory pro-Ortega demonstrations. Talking to the press, even off the record, will be out of question—lest the dictatorship deem such information “sensitive or confidential.”

Juan Carlos Lara, a policy researcher with the Nicaraguan online watchdog Derechos Digitales, told online news outlet El Confidencial, “the greatest problem of the law is the criminalization of legitimate free speech as if it were cybercrime.” He added that the Cybercrime Law tramples on due-process safeguards.

The National Assembly also passed the Foreign Agents Law, which purports to keep a record of individuals and organizations operating in Nicaragua as agents of foreign entities. The law mandates “foreign agents” must refrain from intervening in and financing domestic political affairs. However, Ortega’s critics argue the move is a cover to further restrict the civil rights granted by the Constitution to all Nicaraguans, regardless of whom they work for or receive funding from.

The law offers some exceptions to diplomatic and humanitarian missions, religious institutions, and international organizations, but the government will have the tools to monitor donations and track the flow of assets of those it deems to be involved in destabilization efforts.

Both laws illustrate how civil liberties and individual freedoms are vanishing under Ortega’s regime, as are the rule of law, equality, and the separation of powers.

Once the despotic family dynasty shuts down its last remaining dissidents, restoring freedom will be much harder. International efforts must double down on Nicaragua before it’s too late.