Daniel Ortega’s War on the Truth
Skip to content 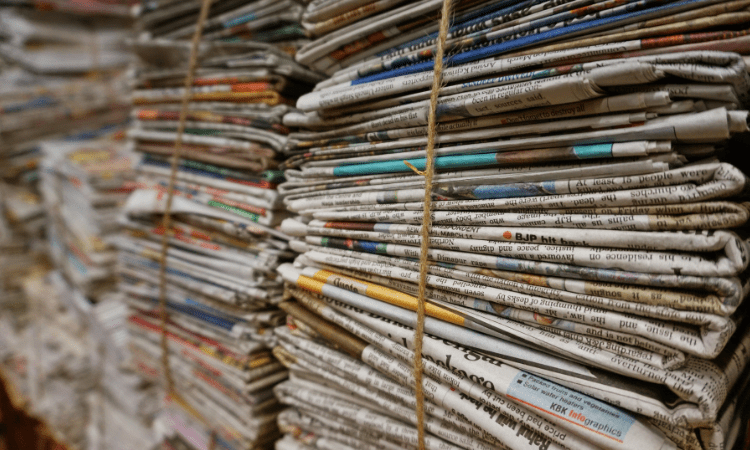 El Nuevo Diario, a 39-year-old former daily, is among the victims of the government’s harassment. (Canva)

Despite ongoing protests, the Ortega regime is maintaining its grip on Nicaragua and winning the battle against the free press. Three newspapers ceased operations on September 27 and another outlet shut down its digital version on October 7.

El Nuevo Diario, a 39-year-old former daily, is among the victims of the government’s harassment and import restrictions on printing supplies. It had already canceled weekend editions and cut the number of pages from 38 to just eight due to the shortage of raw materials.

Nicaragua’s independent media have been a chief target of the Sandinista regime since it returned to power in 2007. Censorship intensified when a political crisis broke out in April 2018, leading the Nicaraguan dictatorship to threaten and jail journalists and occupy newsrooms. For weeks, paramilitaries killed students and police arrested protesters by the hundreds.

Contrary to popular opinion, Ortega’s ability to amass and hold power over the years has, in fact, a lot to do with his alliances forged both with El Imperio and anti-US agitators. Despite historical ties to regional socialist leaders such as Cuba’s Fidel Castro and Venezuela’s Hugo Chávez, Daniel Ortega encouraged Nicaraguan congressmen to pass a free-trade agreement with the United States in 2006.

Once Ortega took office for his second term in 2007, President George W. Bush announced aid to help Nicaragua reduce its whopping 70 percent poverty rate. The Obama administration kept the same policy of warming up to an old man whom they thought had turned the page on his Marxist guerrilla past.

One decade later, GDP growth averaged 4 percent and the poverty rate dropped to around 20 percent. This came thanks to trade liberalization and $3.3 billion worth of Venezuelan aid disguised as oil sales that boosted numerous social programs, which Ortega used to secure popular support.

Needless to say, the US policy of supporting another socialist tyrant has backfired spectacularly. Ortega and his relatives installed a corrupt cadre of loyalists that have enriched themselves. In 2011, he trampled on constitutional reelection limits and got the packed Supreme Court to pave the way for his third presidency.

Nicaragua is now a de facto one-party system, with no end in sight to the rule of Sandinistas. When Venezuela’s oil diplomacy came crashing down in 2016, Ortega had to slash handouts and subsidies. Poverty is back on the rise, and Nicaraguans are fleeing their country to seek jobs and political freedom elsewhere.

The US State Department, again and again, comes on the wrong side of history, at odds even with the rest of the government. While the US Treasury imposed sanctions on Nicaraguan officials this year, diplomats were backing the presidential campaign of Sandra Torres, a good friend of Ortega in Guatemala. The US ambassador to Guatemala, Luis Arreaga, and Democrat House Speaker Nancy Pelosi supported Torres.

Also a former guerrilla combatant, Torres made a name for herself by spearheading social programs during the tenure of Guatemalan President Álvaro Colom (2008-2012), her husband back then. They divorced in 2011 so that Torres could overcome a legal hurdle and run for president. A left-wing populist to the bones, she famously said she wanted to “marry the people” and has been attempting to become president since. Ortega made a similar gambit and now rules alongside his wife, Vice President Rosario Murillo. Using marriage as a strategy to consolidate dynasties is a well-known trope among Latin-American socialists, also present in Venezuela and Argentina.

A source within the Guatemalan government, who wishes to remain anonymous for security reasons, told Impunity Observer that Torres, Ortega, and Nicolás Maduro—then Hugo Chavez’s foreign minister—held two meetings in Managua in 2011. Their agenda was getting Torres elected president in Guatemala and how to bankroll her campaign with Venezuelan funds.

Torres, who lost the August presidential election to Alejandro Giammattei, is now under arrest for alleged illegal campaign financing. She ran on a platform of higher taxes to make Guatemala another Nicaragua of top-down handouts for the poor.

The results of similar schemes by corrupt, socialist governments in Cuba, Venezuela, Argentina, and Ecuador speak for themselves.

Guatemalans are aware of these risks, and Torres’s close ties with socialist bedfellows weighed against her in the ballot box. Her allies inside the coopted Guatemalan justice system, however, keep pushing their nefarious agenda.

The consequences of the CICIG, another State Department-led initiative in Guatemala, are already visible in lawless rural areas, especially those close to the border with Mexico, and weak rule of law overall. This has increased violence and reduced economic opportunities, forcing workers to become migrants heading north.

The globalists’ chickens are coming home to roost in Nicaragua. Faced with tougher policies from the Trump administration, Ortega has resumed his anti-imperialist screed. Only a thorough draining of the swamp at the US State Department will prevent new failed socialist experiments in Latin America.