What Does Guatemala’s National Entrepreneurs Council Stand For?
Skip to content 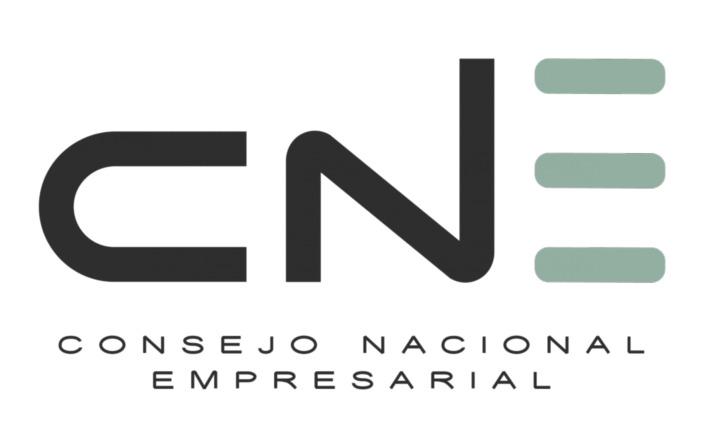 The National Entrepreneurs Council of Guatemala is a new business association that seeks to renew the private sector’s image. (CNE)

The National Entrepreneurs Council (CNE) of Guatemala is a new business association that seeks to renew the private sector’s image. CNE members claim the traditional Guatemalan business association CACIF does not represent them. However, they do not offer the same transparency they advocate for, leaving many questions unanswered about their operations and political ties.

The Impunity Observer reached out to CNE by email to inquire about its nature and goals, but after an initial cordial exchange, the representatives stopped responding without explanation.

The CNE is barely one month old and has 35 members. Its website lists several founding principles, including freedom of speech, free trade, a modern and productive economy, a new brand of capitalism, the reform of democratic institutions, aid for those worse-off, the fight against corruption, a business class committed to political debate, clear public policies, and ethical business leadership.

The CNE declares that Guatemala’s economic governance model has “failed.” The country must “amplify, diversify, and boost access to credit, reform the tax agency in particular and the bureaucracy that we the businessmen suffer, separate private interests from public ones by eliminating cronyism, and combat corruption comprehensively by promoting a reform agenda.”

In “Toward a Modernization Agenda of Guatemala’s Economic Governance,” a document written and published by the CNE (an abbreviated English version is here), its leaders claim “Guatemala’s economic structure has its origin in a very unequal land distribution, a staple of colonial systems.”

Throughout its 21 pages, the document calls into question entrepreneurs as engines for growth and that “the traditional private sector has become concentrated in family business conglomerates that are at the center of political and economic networks of power.”

The de facto manifesto also touches on widely discussed topics in Guatemala such as criticism of the banking system, the low tax-collection rate as percentage of GDP, and the need for a law to ensure competition.

The authors devote a special section to corruption and the CICIG where this statement stands out:

“Before the investigations by the International Commission against Impunity in Guatemala (CICIG), the truths that have come to light were told behind closed doors and discussed openly in only a few spaces. Today, the evidence depicts a country with systemic and structural corruption where this phenomenon permeates both small and big political decisions.”

The CNE has also argued the remittances of Guatemalan migrants abroad do not boost the local economy but rather subsidize consumption:

“We are not creating more wealth here or expanding the amount of people who are entering this industry. [The money] always stays in the same sectors. This is fine, but to boost the economy we need to inject money into productive sectors. Credits have to flow there.”

However, for economist and historian José Molina Calderón, remittances do boost the economy, “mainly through consumption and residential development.” According to the International Organization for Migration, “37.9 percent of families who use remittances for investment purposes build homes; 32.2 percent purchase real estate; 24.2 percent do home improvements; 5.5 percent build up savings, and 0.1 percent invest in insurance.”

Among the 35 CNE members so far, some stand out for their international achievements, such as Duolingo CEO Luis Von Ahn and filmmaker Jayro Bustamante. The common traits, with few exceptions, appear to be their social-media activism in favor of CICIG, progressive causes, and an open opposition to the traditional Guatemalan business association CACIF.

Raúl Figueroa Sarti, a CNE member, is the main promoter of the “A Future without CACIF” movement, which has not had any substantial impact so far. Figueroa Sarti was president of Guatemala’s International Book Fair (FILGUA) and worked for years in the private sector. However, he later broke ties with Guatemala’s Industry Chamber (CIG), which is a member of CACIF, and to this day he has a legal dispute over the FILGUA trademark.

Philippe Hunziker, a CNE member and current FILGUA president, signed a deal with the Guatemalan Culture Ministry to celebrate the virtual 2021 edition of FILGUA.

María Fernanda Rivera, president of the CNE, is currently contracted by the Agriculture Ministry to perform professional services worth US$20,000.

Another CNE member is Italo Antoniotti, head of the Federation of Coffee Producers’ Agricultural Cooperatives of Guatemala (FEDECOCAGUA), which represents more than 20,000 small coffee growers and receives funds from the US Agency for International Development (USAID).

“Castresana’s opinions are astonishing, given he took the top job at the CICIG—a UN experiment with donating countries’ resources to investigate and dismantle parallel state structures that violate human rights and to simultaneously strengthen the justice system. Castresana was its first commissioner, and due to the justice system’s collapse, the CICIG became a fourth estate that ruled over the country’s justice. Castresana became a true proconsul, and those whom he accused, often without proof, were relentlessly persecuted by the Prosecutors’ Office. Innocents have suffered large harms, such as damage to dignity, insults, prison time, and business blacklisting.”

One of the questions Impunity Observer forwarded to the CNE was this inconsistency of views regarding the CICIG between the CNE and FEDECOCAGUA. We asked the following: What was the process FEDECOCAGUA undertook to become a CNE member? Were the grassroot FEDECOCAGUA members consulted or was it a high-level administrative decision?

Another hot topic in Guatemala’s business circles is the official posts that business leaders occupy in government entities.

In a recent interview for a local media outlet, CNE President María Fernanda Rivera argued that traditional business leaders are making decisions in at least 58 government entities. In those capacities, she claimed, they have access to privileged information that results in conflicts of interest and protectionism against new entrants.

This answers another question we had sent the CNE prior to that interview: Does the CNE intend to occupy some of the posts reserved for the private sector in government entities to try to steer them?

In the same interview, the CNE stated it is in favor of the bill currently under study in Congress that prohibits anticompetitive or antitrust practices such as price-fixing, collusion, and abuse of dominant market power.

In another interview with newspaper La Hora, of which Luis Von Ahn is a shareholder, Rivera said:

“We have a problem: we are the only country in the region and among the few in the world that does not have a competition law. What does that mean? That anyone here can create monopolies and oligopolies to the detriment of consumers and the general population.”

The presence of the CNE amid the recent visit to Guatemala of US Vice President Kamala Harris also draws attention. Harris announced that the firm Nespresso would do business to the tune of at least US$150 million with coffee producers in Guatemala, Honduras, and El Salvador. Antoniotti, the CNE member, told the local press that Nespresso already buys 45,000 coffee bags from small FEDECOCAGUA coffee growers.

After only a week of CNE’s public appearance, the CNE president was already invited to a meeting between Guatemalan business leaders with Biden administration officials Ricardo Zúñiga and Juan González, who joined Harris in her visit to Guatemala.

Other questions Impunity Observer had sent the CNE included: whether it was legally registered and under which tax regime; how it intends to finance its operations and projects; and whether it receives or will receive funds from abroad. However, as mentioned before, the new business association neither returned our emails with questions nor stated why it declined to answer them.