Our Problems Are Deeper than Biden
Skip to content 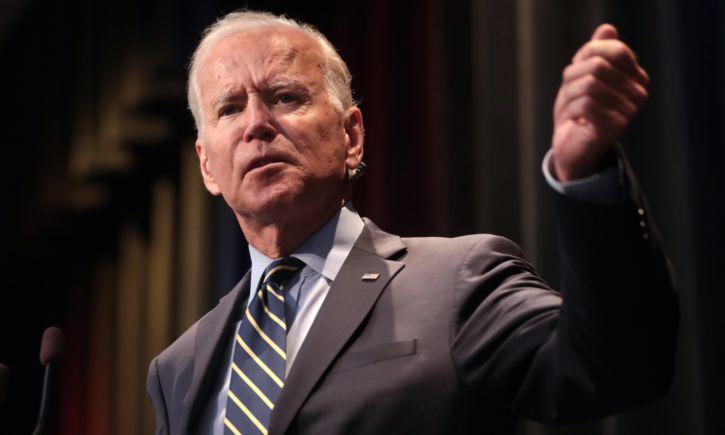 Joe Biden and his allies are determined to transform this constitutional republic into a dictatorship. (Gage Skidmore)

The way Joe Biden withdrew from Afghanistan gave aid and comfort to the enemy. The Taliban protected Al-Qaeda, which attacked the United States on September 11, 2001. Some Taliban leaders are recognized terrorists, including their interim prime minister.

Normally, such actions by any US president would trigger a bipartisan impeachment inquiry. Not any more. The Democratic Party has abandoned the rule of law.

Biden’s September 9 statement towards Americans who have not taken the COVID-19 vaccination and the new measures he announced are totalitarian. He and his allies are hellbent on transforming the country from a constitutional republic into a dictatorship. The Democrats’ are attempting to federalize presidential elections, eliminate voter ID, prevent voter-roll updates, mail unsolicited ballots, add guaranteed Democrat seats to the Senate, and increase the number of Supreme Court justices.

Our founders structured the government to withstand efforts by unscrupulous people to impose an undemocratic system on us. We have never been this close to the constitutional system’s demise. While the Civil War could have resulted in two countries, there is no way to divide the country between the factions now vying for control. One must prevail.

How Did We Get Here?

Our Creator-granted rights precede government, abridged only through due process of law. The individual is paramount. We are all equal before the Creator. We aspire to equality before the law and of opportunity. Although nature makes both impossible, the aspirations are healthy.

Equality of outcome is also impossible, but it is a path to destruction. Confiscation from producers to give to others destroys incentives and production because self-interest motivates us. We can be altruistic and charitable. However, the Soviet Union, China, Cuba, and North Korea have demonstrated where coerced equality leads: tyranny with some still more equal than others.

With these examples, why do people voluntarily surrender liberty for an unrealizable utopia? The answer also lies in nature. We have filters in our minds that promote emotions over rational analysis. Our conscious reasoning often reflects what our unconscious minds have already decided. We tend not to look inside ourselves for answers because the filter makes that scary.

The Identity-Politics Sleight of Hand

Our natural tendency is to look outside ourselves and blame others for our emotional pain, which we perceive as injustice. Unscrupulous manipulators take advantage of this tendency to divide society, which creates chaos and violence. People then support a strong central government that promises to make things right.

Identity politics, antithetical to our founding principles, is destructive division. Identifying individuals by groups is collectivism. Once inferior to the group, constitutional rights no longer protect the individual from arbitrary application of law. Unrestricted by law, government officials abuse power until they become dictators.

Before reaching this stage, societal polarization must become intense, as it is now. Democrats and their supporters see Trump supporters as evil. To avoid introspection, Democrats project onto them exactly what they themselves have become: intolerant and totalitarian. The filter in their minds makes this appear logical.

Identity politics consists of victim groups, deprived of something, and oppressors—racists, homophobes, etc.—responsible for the deprivation. The more intense the fear and hatred, the easier it is to reject contrary evidence.

To their opponents, Democrats appear hypocritical because of contradictions in their positions, such as women being able to abort babies at any time while obligating everyone to get the COVID-19 vaccine. Democrats demonize Trump supporters as being anti-vaxxers despite Trump recommending the vaccine.

Democrats see no contradictions. Their fanaticism makes them impervious to facts, and they project their mentality onto the purported oppressors. Democrats either still believe Putin controlled Trump or they turn a blind eye to the fact it has been debunked.

Democrats moved onto the next ends-justify-the-means gambit to destroy the enemy. Democrats would find no contradiction between impeaching Trump over an innocuous phone call while giving Biden a pass on a compromising call, never mind aiding the enemy.

At the core, totalitarians reject nature. Before Karl Marx, Jean-Jacques Rousseau held that government could change human nature. Otherwise intelligent people are unaware they rationalize the impossible as a result of their inability to accept themselves and the world around them.

Totalitarians hate religion because faith generally helps us deal with the unknowable and teaches values that promote human coexistence. Religion is also centered on individual free will, anathema to collectivism.

Marx called religion the opiate of the masses. Marx’s misery and fanaticism prevented him from understanding religion. This is on display from his followers who now control the Democratic Party.

Disagreement and raucous debate within a democratic system is healthy. The problem occurs when a sizable, radicalized group supports changing the rules to impose its agenda. That is Democrats today.

If we are to keep our liberty within the constitutional system, we must recognize that the challenge does not stem from Biden. We need to understand those managing him so we can hold them accountable.

Reasoning with totalitarians is impossible, even if they deny the label. We must understand them, ourselves, and the stakes and defeat the Democrat mission by coming together and working within the law.

We must understand what has brought the United States to the brink. Knowledge and education are key to recovering our liberty. The alternative is unthinkable.