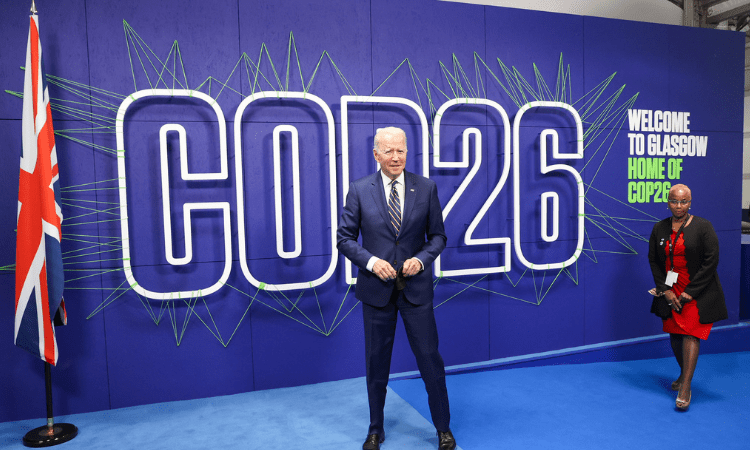 Far from addressing the region’s poverty and emigration, however, the plan substitutes one master for another. (Flickr)

During the recent COP26 Climate Summit, the Biden administration announced its global infrastructure initiative to counter the Chinese Communist Party’s influence, particularly in Latin America. Far from addressing the region’s poverty and emigration, however, the plan substitutes one master for another: it heightens regional dependence on foreign aid for a so-called green agenda with socialist objectives.

Build Back Better World (B3W) will have its official launch in January 2022. It includes the participation of the G7 countries and is designed to address China’s rapidly spreading Belt and Road (BRI) megaproject that seeks to alter the current world order.

Over the last decade, China’s influence has been gaining ground in Latin America, displacing the United States from its historical sphere of influence. Thus, for Peru, Chile, and Brazil, the Asian giant has become their main trading partner. Argentina is next in line to join the list. Trade between China and Latin America reached US$203 billion in the first quarter of 2021, almost 50 more than in the same period a year earlier, according to China’s General Customs Administration.

The Biden administration heralds B3W as “green and collaborative” and in line with the 2050 goal of net-zero carbon emissions. The G20 has agreed to limit global warming to 1.5° C by that date, although without a clear blueprint of how to achieve it and assuming that the climate will cooperate with arbitrary political deals.

Among the strings attached to the funding of developing countries is limiting their CO2 emissions. However, this imposition is an obstacle to the short- and medium-term development of countries the project seeks to help. In fact, none of the rich, developed countries got to where they are today by limiting emissions. Worse, this strategy condemns the recipients to dependence on foreign aid and the strings attached to it.

Demanding that others do not do what others have done in the past to boost growth is unfair and demonstrates how myopic central planning can be.

Deputy National Security Advisor Daleep Singh has made the first moves in Colombia, Ecuador, and Panama to promote B3W with local actors in the private, public, and civil-society sectors.

The curious element of the project is the excessive focus on climate, health, digital technology, and gender equality. There is little or nothing on economic development and rule of law, basic conditions for progress. Actually, the former themes serve as an excuse to impose a veiled socialist agenda through local activists and NGOs who receive the funds.

In his visit to Ecuador, US State Secretary Antony Blinken said at San Francisco de Quito University: “Consider a country where a leader is elected in a free and fair election, and then sets about chipping away slowly but surely at the pillars of democracy—attacking the free press, undermining the independence of the courts, threatening political opponents… That’s the story of more than one democracy in our hemisphere. And it’s one of the ways that democracies can come undone. A decade ago, that was Ecuador.”

His speech turns a blind eye to an important fact: on multiple occasions, the US government, through the State Department, was the one that supported and financed the enemies of freedom and democracy in the region.

Guatemala is a clear example. The Impunity Observer and many civil-society groups have documented the Department of State’s efforts to undermine the rule of law and place allies in the Prosecutor General’s Office and in top courts. This has advanced Democratic Party interests while providing logistical and financial support to local socialists.

No Accountability without Clear Goals

Nonetheless, the B3W initiative remains a potential tool and counterweight to China’s deep pockets and growing influence in Latin America. However, B3W’s effectiveness is at stake due to its dispersion of goals and commitments to a misguided green agenda.

The Biden administration has no clear picture of how much the B3W project will cost US taxpayers or whether its G7 partners will be willing to foot the bill. It lacks a timeline, and it is unclear whether it will be more attractive than China’s BRI, launched in 2013, which is years ahead.

To prevent the project from ending up as an ideological pie in the sky that consumes US and G7 taxpayers’ money for years with nothing to show for, including viable proposals is urgent. An example of that is the Trump-era proposal to provide financial incentives for US companies in Asia to relocate to Latin America. That way, local industries can restart, expand their markets, and strengthen bonds with the United States, a natural business partner.

The Biden administration has a great opportunity in its hands to restore trust in the United States across the region, but for that to come to fruition, officials need to discard their ideological blinders and understand the main problems south of the Rio Grande: weak rule of law, institutional fragility, and barriers to trade. Otherwise, it will be no better than writing a letter to Santa Claus.