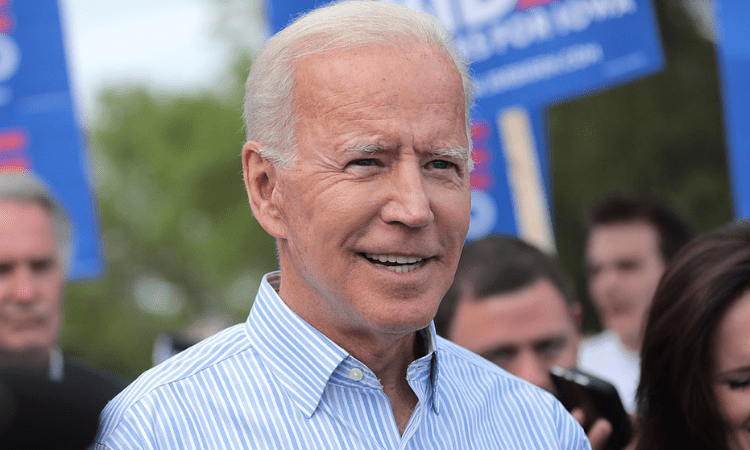 The Biden regime’s State Department (DOS) has been projecting its own corruption onto Guatemalan officials. (Flickr)

Since taking power, the Biden regime’s State Department (DOS) has been projecting its own corruption onto Guatemalan officials. The DOS sanctions and rhetoric have come down on those resisting the imposition of criminal socialists on Guatemala.

The most recent intense, desperate attack has been against Prosecutor General Consuelo Porras. She fired DOS’s criminal agent, prosecutor Juan Francisco Sandoval, who headed the special branch against impunity.

Sandoval’s partner in crime, Judge Erika Aifán, is about to join him and other corrupt former judges and prosecutors in the United States under its government’s protection. There they can avoid responsibility for their crimes. Aifán and Sandoval, each doing the other’s bidding as part of the DOS agenda, have committed crimes too numerous to describe in a short piece. Three examples are the Odebrecht, Bitkov, and Galindo cases.

Odebrecht pleaded guilty in US federal court to bribery in several countries and paid a $2.6 billion fine. Sandoval traveled to Brazil as a tourist and gave Odebrecht a release for Guatemala’s $384 million claim against it in exchange for $18 million. Guatemala’s state attorney filed a criminal complaint against Sandoval for usurpation of functions. Only the state attorney, not a prosecutor, can grant a release of this nature. Aifán illegally stopped the complaint against Sandoval.

The Prevention of Torture Office in Guatemala found that judges Yassmin Barrios, another corrupt DOS judge, and Aifán had violated Igor Bitkov’s human rights while he was in preventive detention.

The legal barbarities and cruelty inflicted on the Bitkov family at the behest of Vladimir Putin’s henchmen drew the attention of the US Helsinki Commission and some US media. Attempting to cancel the commission’s hearing, DOS partner and Constitutional Court (CC) magistrate strongwoman Gloria Porras had the CC confirm an appeal court ruling that freed the Bitkovs. The participants were not fooled, and the hearing proceeded.

In defiance of the CC order obligating Aifán to dismiss the case, she illegally ordered a new trial, an act triggering her automatic dismissal. The CC did not enforce its own order and supported Aifán’s blatantly illegal defiance. Sandoval was the prosecutor.

Sandoval brought charges against lawyer Moises Galindo for having received a car in payment of legal fees. To establish that Galindo knew the car, acquired before Galindo represented the client, had a supposedly illicit origin, Sandoval put a mic on the client’s common-law wife: Alexandra Reyes, also a Galindo client. Reyes testified against Galindo, which was illegal for multiple reasons. There was no court order for the microphone, and any conversation between Reyes and Galindo was privileged.

Aifán was obligated to have Galindo present at the hearing against him, both as the target and Reyes’s lawyer in the case against her. Without Galindo present, Aifán illegally ordered Galindo’s “provisional detention,” a non-existent concept in Guatemalan law. His first hearing occurred 58 days later despite the law requiring it be held within 24 hours. Aifán then ordered Galindo’s preventive detention. He has been in jail now for four years without evidence presented against him. From his arrest until now, Aifán and Sandoval have openly violated Galindo’s constitutional rights numerous times.

Galindo says the prosecution has “no proof of any kind.” He is a political prisoner because he has effectively defended clients and represented plaintiffs in cases important to DOS. Aifán and Sandoval were doing DOS dirty work.

None of the illegalities in these cases and others could have occurred without the corrupt participation of the CC. Gloria Porras was the backstop, constantly issuing illegal rulings to protect the DOS agenda. She has joined former prosecutors general Thelma Aldana and Claudia Paz y Paz in Washington, DC.

Meanwhile, Guatemala’s authorities, resisting DOS pressure to the contrary, have appointed independent magistrates to the CC, so the CC is properly applying the law. This is at the core of DOS desperation. Without a corrupt CC and prosecutor to protect DOS agents, one by one the law is catching up with them.

Various parties have filed complaints against Aifán. Gloria Porras stopped the complaints to protect Aifán from responsibility for her actions. The CC has just ruled that a complaint against Aifán can continue. Considering the obvious criminal nature of her rulings, it is quite likely Aifán will soon be joining Sandoval, Gloria Porras, Aldana, and Paz y Paz in Washington, DC. That is where the Biden regime protects its domestic functionaries’ criminality in addition to its corrupt socialist allies in other countries.

Consistent with its support of criminality at home and abroad, the Biden regime will scream corruption when Aifán leaves Guatemala to avoid prosecution. DOS will continue to claim the corruption of the past has retaken Guatemalan institutions and that Aifán cannot get fair treatment in Guatemala.

The Orwellian nature of the Biden regime completely reverses the truth. As Guatemala attempts to create rule of law, the country is struggling against illegal and immoral US intervention. The first step is to apply the law to those corrupt officials who have abused power. The Biden regime needs to suppress the truth about Aifán and its other agents to hide its own criminality. Guatemalans must document and publicize the voluminous evidence of criminality by corrupt DOS agents.