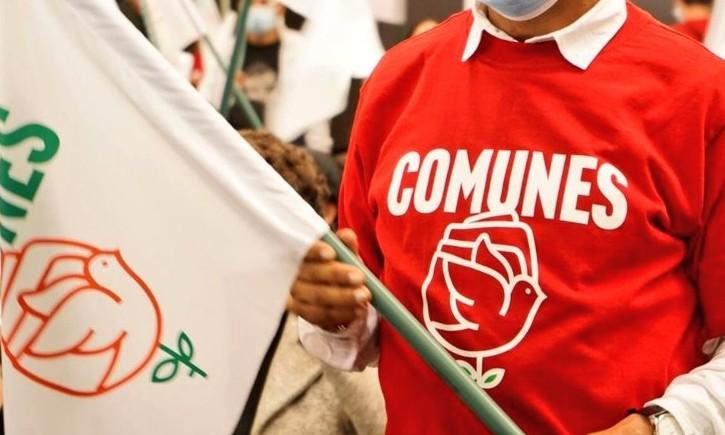 The Commons is the latest rebranding strategy of the FARC's political party. (ComunesCol)

On November 30, 2021, the Joe Biden administration decided to officially remove the Revolutionary Armed Forces of Colombia (FARC) from its blacklist of terrorist organizations. This shameful move grants the guerrilla group legitimacy to undermine democracy in Colombia from within.

Secretary of State Antony Blinken argued the FARC “no longer exists as a unified organization that engages in terrorism or terrorist activity or has the capability or intent to do so.”

This is false, and five years has passed since the signing of the so-called peace agreement, which ended neither the violence nor the drug-trafficking.

From Combat to Surrender

The FARC originated in 1964. A peasant insurrection led by Manuel Marulanda Vélez, aka Tirofijo, took up arms against the Colombian state following Marxist-Leninist doctrine.

However, it was not until 1982 that the group was ready to expand throughout the country. The booming drug trade allowed the FARC to finance its operations, and terrorist acts significantly increased its influence.

By the 1990s, the FARC’s military muscle grew to 20,000 armed troops. The all-out war against not only the government but also paramilitary and other drug groups left countless civilian casualties in occupied territories. Murder, rape, kidnapping, and forced labor were the order of the day.

Overwhelmed by the narcoguerrillas, the Colombian state sought help abroad. The US government came up with the $10 billion Plan Colombia to boost military capacity. This initiative contained the FARC at the turn of the century and began its decline.

When Álvaro Uribe Vélez, a staunch enemy of the guerrillas, became president in 2002, he leveraged the revitalized armed forces to regain parts of the country. Juan Manuel Santos, Uribe’s defense minister, succeeded him by capitalizing on the hardline strategy.

Initially, he continued efforts to suppress the FARC, but his lust for power and global influence led him down the path of political surrender. The 2016 peace deal, which Colombians rejected in a plebiscite but the Supreme Court undemocratically passed anyway, contained numerous concessions for FARC leaders, including special courts to investigate their crimes and 10 unelected members in Congress.

Rejection in the United States and Colombia

Republican Senators Marco Rubio and Rick Scott have strongly opposed the Biden administration’s decision. They have stated it will only bring instability to Colombia, providing “these terrorists and their political sympathizers with enhanced capability, financial resources, and perceived international legitimacy to destabilize our closest ally in the region.”

Likewise, Senator Ted Cruz argued the FARC continues to be a major threat to Colombia’s security and US interests. He even traced a pattern of “appeasement of terrorists” in Afghanistan, Yemen, and now Colombia.

An Incentive for Criminality

For those who care to examine history, Colombia’s National Center for Historical Memory has published the report “¡Basta Ya!” (Enough is Enough!). It details the FARC’s macabre record of human-rights violations: murders, recruitment of minors, kidnappings, disappearances, rape, and forced migration.

The Colombian government’s decision not to punish former combatants and allow them to form a political party not only violated the democratic process; it also legitimized the FARC’s criminal past.

The message was clear: crime in Colombia does pay. Dissident FARC factions and other terrorist groups, such as the National Liberation Army, have understood this and have expanded into new territories, even crossing to neighboring Venezuela.

On October 1, the head of Colombia’s Police informed: “[FARC dissidents] meet with Mexican cartels in Venezuela. We have fully proven this, both through witnesses and technical devices seized in operations.” Since 2019, these supposed splinter factions have committed over 300 terrorist acts.

According to the local think tank Institute for Development and Peace Studies (Indepaz), dissident groups have grown to 5,200 members.

Biden is following in Santos’s footsteps by appeasing the FARC and its sympathizers. The decision means the US government may now finance programs for alleged former guerrillas with taxpayer money. Considering the latter’s strong ties to the Venezuelan and Cuban dictatorships, they can count on their open support to destabilize Colombian democracy.

Make no mistake: the FARC arose to take power through violence. To think guerrillas will abandon their ideals and drug money so easily after decades of terror and organized crime is naive. The conflict did not end with the peace deal; nor have the terrorists abandoned their ways. They have just put up a facade of doing politics as a cover for their criminal activities.