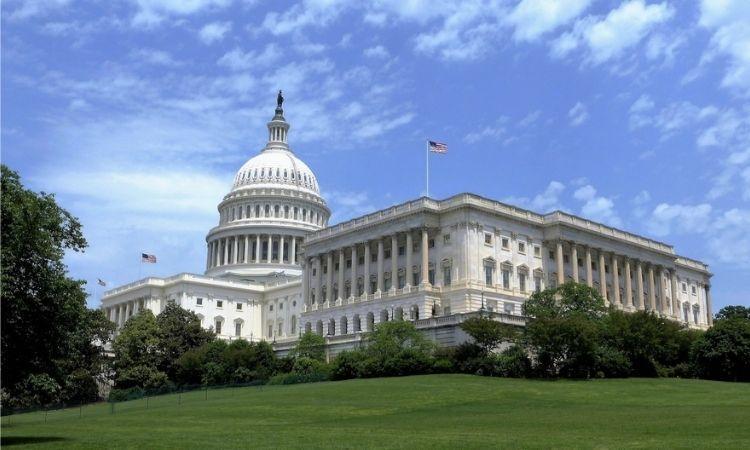 The For the People Act, that would federalize presidential elections, passed in the Congress, but is blocked in the Senate. (Pxhere)

The Washington Post’s Dana Milbank claims democracy is in crisis in the United States. He attributes this to “Trump’s Republicans” and notes that “Democrats, in a nod to this reality, are talking about abandoning President Biden’s Build Back Better agenda in favor of pro-democracy voting rights legislation.”

George Orwell would wince at Milbank and his allied Democrats. They embody his dystopian writings of 75 years ago. Milbank and company flip the truth by attributing culpability to the enemy. This is their strategy to undermine American individualism and impose collectivist totalitarianism.

The (Not) For the People Act

Milbank refers to the For the People Act, which passed the House and is stalled in the Senate. To pass it, Democrats must eliminate the Senate Rule that requires 60 votes to bring bills to the floor. Biden has insisted on this, but Senators Joe Manchin (D-WV) and Kyrsten Sinema (D-AZ) say they will not vote to eliminate the filibuster. Since removing the filibuster requires only 50 votes, we are only two Democrat votes away from Milbank’s faux protection of democracy.

The Act would federalize presidential elections, assure ballots are mailed to everyone on state lists, and prohibit list updates for people who have died or moved. It would permit same-day and online registration and prohibit authorities from asking for voter ID. Mr. Democracy Milbank ignores that the Constitution mandates state elections and assigns them rule-creating authority.

We can depend on neither the lower courts nor the Supreme Court to uphold the Constitution and strike down the Act. When Texas, supported by 18 states, filed suit against Pennsylvania, Michigan, Wisconsin, and Georgia for violating their own election laws, the Supreme Court refused to hear the case.

The message is clear: the Supreme Court will duck difficult cases. We must address problems earlier.

The Act would guarantee Democrats never lose another election. Every person in the world would be able to vote in our elections. Democrats have already opened the borders to all who want and are able to come. The country would become the dictatorship Milbank claims Republicans want.

Milbank offers no details of how Trump or his Republicans have led us to this sad state, because Trump performed no anti-democratic act. The guilty parties are Democrats and their partners.

Our Constitution is based on individualism. Identity politics, the hallmark of Democrats, is collectivism: group needs prevail over the individual who has no rights.

Since the beginning of his presidency, Barack Obama has promoted racial division. He supported the self-declared communist founders of Black Lives Matter, saying “I am confident that they are going to take America to new heights.”

We can see those new heights in increased violence in Democrat-controlled cities and states, where George Soros-supported prosecutors persecute political enemies and protect criminals.

False narratives, such as systemic racism, polarize society. They keep their followers angry at and fearful of political opponents. Another false narrative, which Milbanks uses in his Washington Post column, is that the January 6 events at the Capitol were an insurrection. They had zero chance of overthrowing the government, which was not even the participants’ intention.

In Milbank’s democracy, we are not allowed to even suggest the 2020 election was conducted illegally in many places, as Texas alleged. People get themselves canceled for saying this. In Trump’s America, on the other hand, people are free to say what they like.

Biden’s managers and their media partners, including the Washington Post, are experts in promoting false narratives. The best example is Trump-Russian collusion. In their desperation to prevent Trump from showing Americans he could bring back jobs and make the country stronger and safer, Democrats successfully maneuvered the government and conned the country into the Mueller investigation. Despite producing nothing, Milbank and comrades have never apologized for or admitted their lies and subversion.

With the public having seen their policies and results, Democrats cannot win free elections. That makes electoral fraud indispensable for them to keep power.

The public should see through Biden’s managers’ and their media partners’ lies about Republican voting reforms. After seeing illegal voting and Democrat abuse in the 2020 election, Republicans are trying to make it easier to vote and harder to cheat. Unable to admit they must cheat to win, Democrats claim Republicans are trying to suppress votes, which coincides perfectly with the Democrat false narrative of systemic racism.

Milbank and those he cites are correct that we are on the precipice of disaster. However, he has the perpetrators reversed. We are witnessing the clash of two mutually exclusive systems: that of our founders and that of the Marxists now controlling the Democrat Party.