George Orwell’s 1984: Is It Already Here or Is It Coming Soon?
Skip to content 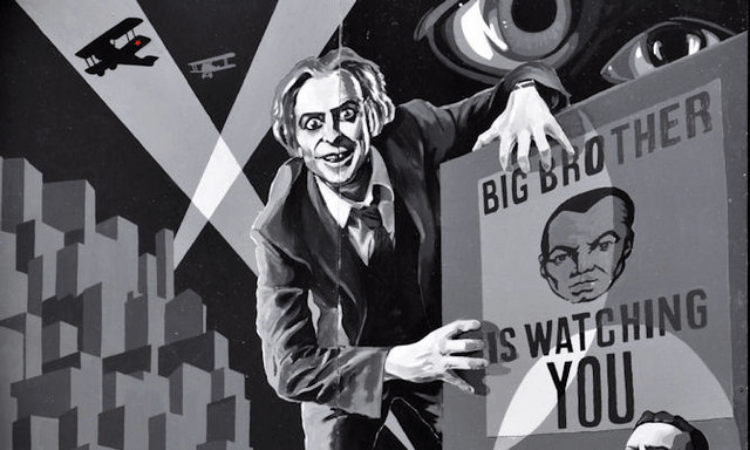 The Big Brother, helped by new technologies, wants to control the citizens. (geograph)

In 1949, a restless English journalist named Eric Arthur Blair published a shocking dystopian fiction novel titled 1984 under the pseudonym “George Orwell.” It portrays a society opposite to the one previously titled Utopia (“no place” in Greek) in 1516 by his fellow countryman, Thomas More.

During that period, and for the second time in the twentieth century, a global war (1939-1945) between the most powerful nations occurred.

In that context, George Orwell understood for the first time the new social paradigm that was emerging before his eyes. Experiences from the Marxist-Leninist Soviet Union in 1917, Fascist Italy in 1922, and Nazi Germany from 1933 to 1945 showed Orwell a glimpse of a new world order.

All of those revolutionary experiences, whether you were in favor or against each of the regimes, served as inspiration for Eric A. Blair (George Orwell) to his far-reaching, novel, and distressing prediction: humanity was inexorably heading—without realizing it—toward a totalitarian system, where the individual freedom of each person would be forever subjected to the all-embracing will of a single individual.

That is how the self-proclaimed George Orwell presented to the entire world, for the first time, the imminent possibility of an autocratic society, where personal will would be annihilated by the absolute dispositions of Big Brother, which would anticipate, control, and straighten everything in the name of an alleged collective happiness.

In such a society, no one would have the right to criticize or condemn it, and anyone who would cross its path would be wiped out. This was a new perspective for a hypothetical final destination for all humankind.

This original and apocalyptic approach has overwhelmed all its readers with horror ever since. Hence the importance of this novel-fiction in terms of its final and educational message about our immediate future.

At the same time, we started to see the first examples of such a monstrous possibility. Thus, we witnessed the tenebrous hells of Pol Pot in Cambodia, Mao Zedong in China, and Fidel Castro in Cuba.

I repeat, no one before Orwell had ever imagined the imminent horror of being totally controlled. I believe not even Lenin would have been able to anticipate such an extreme situation.

However, it has not become just a mere possibility that has been haunting us all and pushing us toward a generalized state of fear and hopelessness never before witnessed. In this way, without even noticing, we are now realizing where these new and allegedly better social conditions sponsored by this fake welfare state may lead us to.

In other words, we would be giving up our future, as mice being devoured by an enormous python of a social nature.

This is the reason why this startling book remains in vogue, as the digital revolution scene appears to have made it easy for the capture of ideological absolutism exemplified through many essays about the control of public opinion, almost without realizing it.

In this way, Orwell’s prophecy suddenly has turned even more threatening.

For instance, social media is so popular everywhere that it has paved the way for those unexpected owners of our minds, which are now hand-in-hand with the new algorithms of digital technology.

And at that time, what awaits us in the immediate future is an apocalypse from which none of us will be able to escape.

We have already seen this from Hollywood and Silicon Valley in San Francisco to the halls of massive monopolies in Manhattan.

The critical spirit would be the first casualty if we continue along this path. That is, users of modern-day technologies, subject to constant innovations, increasingly mold our knowledge and values at their discretion.

I would equate this conscience to the one predicted by George Orwell in his book 1984.

The temporal sequence of Orwell’s book would start like this:

George Orwell’s 1984 is a dystopian novel whose plot occurs hypothetically in Oceania, a country submerged in a totalitarian state that keeps its citizens under control, including their deepest thoughts, to maintain social order.

This allegedly futuristic world of 1984 would, in fact, be demarcated by the clashes between three superpowers in a permanent state of war: Oceania itself, a nebulous Eurasia, and East Asia.

Oceania, made up of all the English-speaking regions on the planet, would be governed by the Party, an oligarchic group in the usual British style. This would consist of the Inner Party, which would govern on a day-to-day basis, backed by two percent of the population.

The Outer Party made up thirteen percent of the remaining population. Both were exclusively in charge of executing the orders as strictly as possible, as instructed by Big Brother.

The remaining eighty-five percent would be the same, in contemporary terms, as the proletariat. According to the Party, these people would be considered as lacking the intellectual capacity to organize an effective society.

And thus, the Party would keep all citizens under permanent surveillance. The Party can even incarcerate or disappear whoever shows the slightest nonconformity.

At the head of the totalitarian Party, I insist, we would find the figure of Big Brother, whose face would appear obsessively over and over again in every public sign and coin.

In this way, the entirety of Oceania’s citizens would be forced to love and offer their unconditional loyalty in perpetuity to Big Brother.

From another angle, the protagonist in Orwell’s novel is Winston Smith, a member of the Outer Party, who works for the Ministry of Truth and rewrites articles to fit the ideology and image that the Party wants to project.

Distressed by that compulsory work, Winston writes a diary addressed to O’Brien, one of the members of the Inner Party, because he suspects that O’Brien belongs to a secret dissident organization known as the “Brotherhood.”

The couple meets secretly on the second floor of the shop of Mr. Charrington, owner of a second-hand goods business, who appears to be an ally of the rebellious Brotherhood.

One day, both lovers were arrested in Mr. Charrington’s shop and found in possession of the book written by Emmanuel Goldstein, Another Leader Traitor to the Party. Consequently, O’Brien tortured Winston and Julia in the Ministry of Love. At the same time, they endured brainwashing by which they lost their individuality, their intimate respect, and all sexual desire.

In the end, Winston learned to be loyal to the Party and to love Big Brother at all costs.

I had already imagined all of the above. A few months ago, I uploaded another fictional narrative that had come to me anonymously online, which I am now sharing here with my readers. This is what it says:

-Ah, well… then write down my request, please…

-And how do you know what I’m asking for?

-According to your street and apartment number, you ordered one

-May I suggest a pizza without salt and with ricotta, broccoli, and dried tomato?

-No! I hate vegetables.

-Your cholesterol is not good, sir.

-And how do you know?

-We cross-referenced the data with the IGSS, and we have the results of its last seven blood analyses. Here, I get that your triglycerides have a value of 180 mg / DL, and your LDL is …

-Enough, enough! I want the Napolitan! I take my medicine!

-Sorry, sir, but according to our database, you don’t take it regularly. The last

Lipitor box of 30 tablets that you bought in Similar Pharmacies was on December 2 at 3:26 p.m.

-But I bought more at another pharmacy!

-The data on your credit card history does not prove it.

-I paid in cash, I have another source of income!

-Your last income statement does not show it. We don’t want you to have problems

-I do not want anything now!

-Sorry, sir, we just want to help you.

I’m going to an island without internet, cable, or a cell phone!

-I understand, sir, but I see that your passport has been expired for five

This is not a joke to be told today to any unhappy Muslim of the two million forcibly held in concentration camps in Xinjiang, in the dusty western edge of today’s totalitarian China.

Nor would it appease any of the twenty-six million unhappy North Koreans, who endlessly agonize under the despotism of a single family without any moral scruples on the pretext of having all been “freed” by the no less totalitarian grandfather, Kim Il-Sung in 1948.

I could say the exact same thing to the Venezuelans who groan under the autocratic dictatorship of Nicolás Maduro, or to the Nicaraguans who survive a similar curse under the genuinely mentally ill pair, Ortega and Murillo, or to those unhappy compatriots of mine from Cuba who have already suffered for 63 years from the “kind” yoke of Fidel Castro, now deceased, or no less from his brother Raúl, and today from the stupid bureaucrat, Díaz Canel.

All these challenges of the present day may also become clear to us in light of Orwell’s work: we either stop that totalitarian tidal wave as anticipated by George Orwell or, more realistically, we will drown in the mortal monotony of a worldwide society controlled by Big Brother, born this time as a rhetorical alternative in Silicon Valley.

Let us hope not…