The Corruption Bringing Down Another Peruvian President
Skip to content 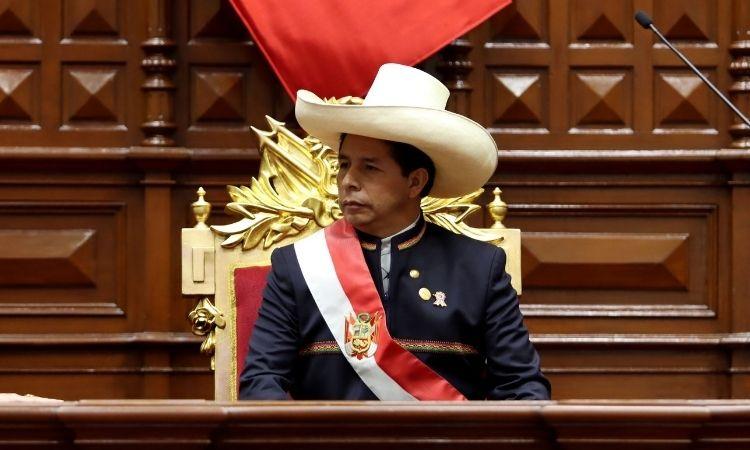 The devastating start of 2022 came on the heels of an already perilous month. In December, he narrowly escaped an impeachment vote in Congress, and ever since, he has been trying to secure enough support from political parties other than his own to stay in power.

According to a December 2021 survey published by CPI Consultant, Castillo’s approval rating was plummeting even before the latest corruption scandals. In Lima, the capital, less than 25 percent of residents approve of him and the investigation against him is likely to lower his approval rating even further.

What Is the Current Political State of Peru?

Peru is going through a deep political crisis that can be traced back decades ago. Since the beginning of the twenty-first century, it has had nine different presidents over irregular periods of time, almost twice as many as neighboring Chile. Furthermore, there is another crucial factor that has been present in the entire region: a polarized society. The Peruvian society, like other Latin American societies, is deeply divided through specific socio-political cleavages. Among these, it is possible to find some marked cleavages between people that live in rural areas and people that live in larger cities, such as mestizos and minorities, and workers and businessmen.

In the past five years, this political crisis has been aggravated due to constant corruption, lack of preparation, the pursuit of personal interests, and more. Ollanta Humala was the last Peruvian president to finish his term in 2016. After him, Pedro Pablo Kuczynski won the elections but had to resign two years after taking office due to corruption scandals involving Odebrecht. Kuczynski’s vice president, Martín Vizcarra, was in charge from 2018 until November 2020, but Congress dismissed him. Manuel Merino, former Congress president, became president for five days. Later, Francisco Sagasti, former Congress president and Castillo’s predecessor, assumed responsibilities and lasted about eight months before the newly-elected Castillo took over.

The latest period of Peruvian unstable political history is beginning to be commonly known as the political crisis, which appears to be far from over. Unfortunately, it ends up leading to a social crisis. It seems like Pedro Castillo is about to succumb to the current political and social crisis, but more importantly, to his corrupt acts and inability to rule his own country.

Only two months after taking office, Castillo had to face a cabinet crisis, where he named partisans from Frente Amplio as the leaders to his entire cabinet staff. As a reminder, the officialist party is Perú Libre, which is an extreme leftist party. Meanwhile, Frente Amplio is a leftist party that is less extreme and closer to the center of the political spectrum. This movement in Castillo’s circle of trust can only mean one of two things: either there is a crack between Perú Libre and the Peruvian president, or he needs more governance.

Who Is Pedro Castillo?

Before becoming president, Pedro Castillo was a mostly unknown rural teacher and union leader. The opposition has constantly accused him of belonging and being close with Sendero Luminoso. If you have not read about recent Peruvian history, Sendero Luminoso is a Marxist guerrilla group that has attempted against the lives and the freedom of thousands of Peruvians. It is, without hesitation, one of the most dangerous and vicious terrorist groups in the history of Latin America. The group still has a presence in Ayacucho, Southeast Lima. Despite this horrific history, Sendero Luminoso is now part of an alliance with the Peruvian Communist Party, similar to the situation of FARC in Colombia.

The main reasons why Castillo is constantly accused of being close to Sendero Luminoso are his extremist Marxist ideology, their support for Castillo in the elections, and the fact that members of his cabinet have belonged to the organization. On one side, Castillo’s speech constantly denies any links to the terrorist organization. Some of his most recent tweets about the death of Sendero Luminoso’s longtime leader, Abimael Guzmán, also try to hide this relation. But, on the other side, Castillo named Bellido as one of his closest and most important associates in his government. Bellido has a dark background. He is formally accused of being an apologist for terrorism and is known for belonging to the most extreme side of Perú Libre.

While Pedro Castillo campaigned on a promise to work for the poor and marginalized, the investigation points to backdoor deals with the country’s elite, businessmen, and large companies.

Why Is the State Attorney General Investigating Pedro Castillo?

Castillo is being investigated due to two cases: influence peddling and interference in military promotions. Apparently, Castillo has had meetings with powerful businessmen before awarding them million-dollar contracts with the Peruvian state. Some companies took advantage of strategic projects in diverse areas like infrastructure and oil extraction. One of the Peruvian state companies involved, Petroperú, which is constantly involved in corruption cases, appears to be involved yet again in another corruption scandal. In infrastructure, a private consortium was benefited by the government. The consortium was awarded the contract because its offer was six cents cheaper than others.

The second reason why the state attorney general opened an investigation against President Castillo is a possible interference in military promotions. Local media leaked screenshots of chats between Castillo and the air force and army commanders. In fact, on December 28, he already had to respond to the attorney general, where the president recognized his chats with the commanders. Nevertheless, government officials claimed that Castillo fully explained the context of the chats. However, this is an ongoing investigation, along with the one mentioned above, so it is just a matter of time until we can see how these events play out.

What Will Happen with the Peruvian President?

The former teacher and union leader is walking on thin ice due to his own actions. Castillo clearly started with the left foot of his presidency, as his numbers on polls are continuously plummeting. Plus, the social discontent, the lack of governance, and a growing negative perception of the government, added to the corruption cases, may result in another sudden change of head of state. The resolution of these corruption scandals will be more than crucial to find out whether the political crisis will continue haunting presidents in Peru. As of now, there is nothing granted, but the coming weeks will be key for the entire nation. Will corruption take down another Peruvian president? Well, we are weeks away from finding out.