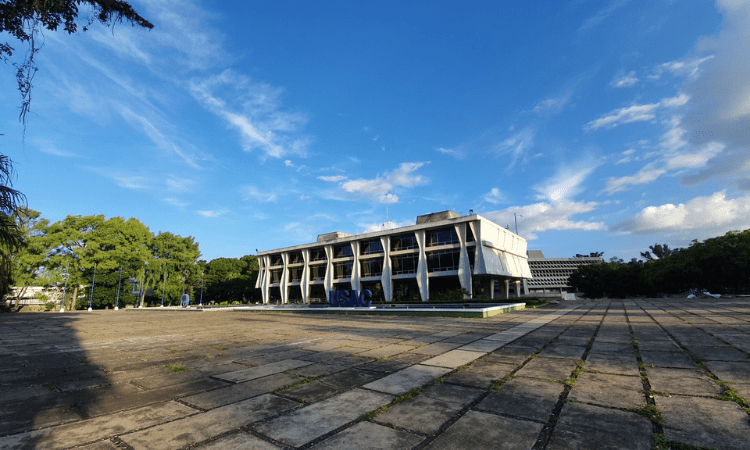 USAC's rector elections will be held on April 27, 2022, after the motion was approved by the CSU. (@CEDEguate)

In Guatemala, public higher education has strayed from its mission. In an attempt to remove power from corrupt politicians, the Constitution has perverted the university into a coveted source of power among groups deeply rooted in the institution and outsiders with narrow political agendas. The main objective of this investigation is to reveal how the public university in Guatemala has deviated from its original educational purpose. In addition, this investigation examines the political power that people inside the university are fighting for.

Guatemala is home to some important universities in Latin America, including Francisco Marroquín University (UFM), Del Valle University (UVG), and San Carlos University (USAC). Some of them appear in internationally recognized rankings like QS. USAC’s budget by 2021 was around $334 million, mostly financed by 5 percent of Guatemala’s national government revenues. Furthermore, USAC, as the only public university in Guatemala, is the de facto regulatory authority of higher education in the country.

The USAC internal legislative body, the Superior University Council (CSU), announced it would hold elections for rector for the 2022-2026 term on April 27, 2022. The CSU approved and shared act No. 43, which obeys all the rules stipulated in the Organic Law, Statute, and Electoral Process Rules of San Carlos University of Guatemala.

Every candidate for rector must meet the eligibility requirements specified in the USAC rules. The candidate must be Guatemalan, and he must announce his candidacy at least two months before the elections. If the elected candidate does not meet the requirements, the rules require another round of elections immediately.

The Current State of USAC

USAC is the only public university in the entire country, and it has been involved in numerous corruption scandals. The Impunity Observer, for example, has reported on anomalies found in the election of the Constitutional Court (CC) magistrate and its alternate. Due to a decades-long political crisis, USAC is going through a period of instability and uncertainty.

Why is there a crisis? A source within the university, who needed anonymity, told the Impunity Observer: “The university is becoming a sought after organization for many different power groups, some of which are now deeply rooted in the institution, along with others influenced by outsiders.” Other sources, including a former instructor, told us that different interest groups see the university as a major opportunity to gain political and economic power. This confirms that the university offers more than just public education.

USAC is ending the 2018–2022 period with an interim rector. Murphy Paiz resigned from the position after he came under investigation by the Public Ministry (MP). This in turn arose from the 2020 Parallel Commissions case, which deals with irregularities in various USAC appointments. He wrote his hand-written resignation letter from prison.

Since Paiz’s resignation, USAC has had four acting rectors: Gustavo Taracena, Wálter Mazariegos, Alberto García, and Pablo Oliva. Now, the fifth rector in almost a year will be elected on April 27. The campaign period at the university is becoming intense as the candidates, aware of what is at stake, are spending lots of money and other resources to become the next rector.

USAC is currently grappling with corruption allegations almost daily. Its authorities, such as deans and rectors, are constantly answering the MP’s summons about numerous illegal activities. Recently, the MP accused the USAC law dean, Henry Arriaga, and former rector, Estuardo Gálvez, of possible fraud when giving a construction contract. The MP called them to testify in court on January 25.

According to one of our insiders, economic malfeasance is not the most common corruption in the institution. He claims, “It is not easy to do because they have to go through four different stages of audits.” In contrast, influence peddling happens all the time. It is commonplace at the university, he explains. However, there are still cases of economic malfeasance like the latest one allegedly involving Arriaga and Gálvez.

Why Do the Elections Matter?

According to the law, USAC assigns important designations and commissions in specific areas for political and judicial purposes. The CSU appoints its chosen people to strategic positions within 65 different government offices. These include the Monetary Board, the Constitutional Court, and the Treasury Department. If the rector obtains a loyal majority on the CSU, he can be one of the most influential people in the country.

The university is the most concentrated source of political power in Guatemala. No other institution in the country has such political strength and influence. USAC can intervene in every governmental branch: the executive, the judiciary, and the legislative. In the executive branch, USAC has a representative in almost every ministry, including the Monetary Board. In the legislative branch, it is one of the only four non-governmental institutions in the country that is able to present bills in Congress, and it is the only university in the entire world that can do that. In the judiciary, it has a chair on almost every court bench.

It is common for the application of these powers to deviate from the university’s original mission: to provide quality education for young Guatemalans. The Paiz case is only the latest in a long list of alleged corruption cases at USAC. Some of his predecessors, such as Gálvez Barrios and those before him, have had similar cases in the university. In this particular case, obtaining 5 percent of the country’s national revenues for the USAC budget seems minor in comparison to the political power and judicial involvement that university authorities wield.

Moreover, complaints always arise over the lack of transparency and integrity in university elections. For instance, on January 7, a student association invaded the university’s main campus and said, “We strongly oppose the election of the rector of USAC because he was bought by the Superior University Council.” Students have shown their discontent regarding the crisis that the university is going through.

On January 10, the University Front (FU)—another student association—took over the main campus of the university and claimed that Act No. 43 had not been followed as it should have been. That means following the rules and protocols for calling an election. In addition, FU has encouraged professors, students, and other organizations to become actively involved in this crucial electoral process. Participation in elections is key to setting the basis for a new, democratic, and legitimate authority in the university. In general, students want a legitimate process, transparency, and improved education.

Importance of the Law

Universities in Guatemala play a major role in politics and justice, especially USAC. The Constitution guarantees space and direct participation for the university. According to Luis Figueroa—a UFM instructor and public-relations professional—in the twentieth century, Guatemalan authorities thought that to avoid corruption, fraud, and dishonesty, they should remove some power from politicians. That posed the question of who should receive all that power. It went to the academic sphere, the logic being that it was an ideal way to combine public service with the academy.

Despite the good intention of making the academy a strong institution to counterbalance politicians and all their power, reality played out differently. The placement of political power has compromised USAC and fomented political factions within the institution. According to our USAC sources, there are students in the university who have been studying for decades. They do not want to graduate and concede the power and influence they have inside the institution.

USAC is the only public university, and it receives more privileges than all the private establishments combined. One of the most important of these privileges is the designation of one out of five magistrates and his respective alternate on the Constitutional Court. The other members are designated by the Supreme Court, Congress, the president, and the Bar Association. The Constitution also states that the university should receive at least 5 percent of national revenues. Not only is there a 5 percent minimum, funding is mandated to increase according to the number of students and rising educational quality.

Nonetheless, the Constitution also has a positive influence on USAC, at least on paper. It affirms that USAC must have full autonomy and its own legal status. The state university must promote research in every sphere of human knowledge. However, USAC authorities appear to be more involved in power games than in education. Numerous university insiders have shared with the Impunity Observer that the educational quality constantly takes a backseat in comparison to the other powers given by the Constitution. For example, there have been many student complaints regarding the poorly organized return to regular classes.

Consequences to the Law

Usually, the main objective of public universities is to help the growth of young minds so that the country can have well-prepared professionals and a better future. However, as mentioned above, there are plenty of problems with the power that rectors, the CSU, and the university have.

Due to current law, USAC elections are some of the most important elections in the entire country. Public higher education in Guatemala has transitioned into a political power struggle, where the focus on improving education quality and giving young citizens better preparation is lost. In contrast, the authorities of some private educational institutions have little time for politics. They have no formal political power and are completely centered on improving the curricula, preparing their professors, and creating educational events.

In addition, in recent decades, USAC has become a focal point for numerous corruption scandals involving a significant number of its authorities. Rectors, deans, administrative members, and others keep the MP busy with plenty of investigative work. Giving so much power to the university has caused it to stray from its original purpose of providing quality education. It hosts a war between different factions that want more power and money that derives from the many political appointments and vast budgets. In this way, the USAC rector is one of the most powerful people in Guatemala, since university management affects all citizens.