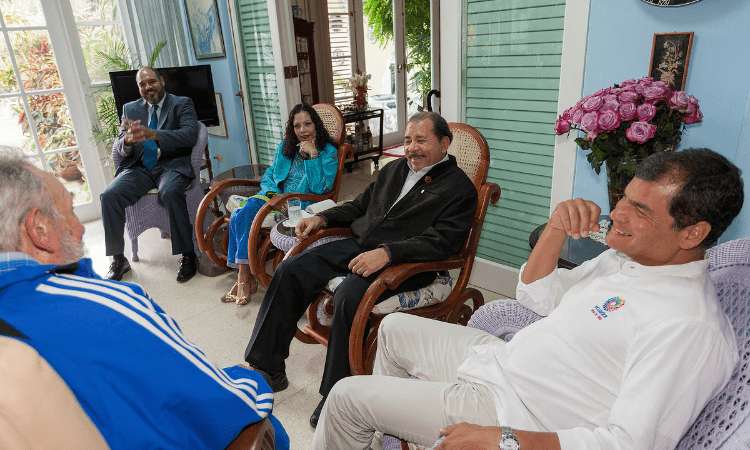 The Ortega-Murillo regime seeks to centralize power in Nicaraguan universities to eliminate any vestige of critical thinking. (Flickr)

Dictatorial couple Daniel Ortega and Rosario Murillo have executed their final strategy to stay in power: ending private universities. By stripping autonomy from the Nicaraguan professoriate, the regime can install an education system that represses critical thinking and silences youth leaders.

On February 2, 2022, the National Assembly—by direct order from the executive—arbitrarily canceled the operating licenses of five private universities that passed into the regime’s hands. Among them is the Polytechnic University of Nicaragua (UPOLI), which was central to the 2018 public demonstrations.

A day after, on February 3, the Interior Ministry stripped the legal status of seven foreign universities. Government officials have resorted to prefabricated arguments regarding money laundering and terrorist financing.

What the Cancellation of Operating Licenses Means

Three laws support the removal of universities’ legal status. The National Assembly approved them in December 2020 to persecute businessmen, NGOs, and opposition leaders. These include Law 147, which encircles NGOs; Law 606, which grants more power to the legislature; and Law 977, which paves the way for arbitrary sanctions under the guise of terrorist financing and money laundering.

The Ortega-Murillo regime seeks to centralize power in Nicaraguan universities to eliminate any vestige of critical thinking. To implement an education model based on indoctrination, the regime has entrusted the National Council of Universities (CNU) with the management of institutions that lost their legal status.

However, the law does not empower the CNU to administer universities. Further, the Nicaraguan Constitution prohibits the intervention and the expropriation of universities.

Despite the law, the regime has assumed absolute control of these universities. With their operating licenses revoked, the authorities have unlimited access to the universities’ buildings, equipment, and documents. The regime also has free rein to substitute the names of the universities and manage them as public institutions.

Ernesto Medina, the former rector of the National Autonomous University (UNAN-León), the oldest in the country, fears the fate of the remaining private universities: “The message is that if they want to maintain their legal status, they have to behave well. They have to be quiet. They must not criticize anything. They do not have to analyze anything. That is killing the universities.”

No Room for Opposition

Ortega has been in power for 15 years straight, although he was also president between 1985 and 1990. Since his popularity has declined markedly, Ortega has redoubled his efforts to suppress every opposition leader.

When the population rose against him in 2018, the regime prohibited civil demonstrations. In that year, the police imprisoned and killed demonstrators. According to the Inter-American Commission on Human Rights (IACHR), the state killed at least 355 people, including children and adolescents.

The regime has broadened its authoritarianism. In 2021, before the November presidential elections, it dissociated itself from any semblance of democracy by ordering the detention of its main opponents.

The victims of this recent attack included student leaders, journalists, and politicians. Among them were prominent figures such as María Fernanda Flores, the wife of former President Arnoldo Alemán, and Mauricio Díaz, the former Nicaraguan ambassador to Costa Rica. The regime accused them of “undermining Nicaragua’s sovereignty.” In the face of widespread criticism from the international community, the regime demanded zero foreign intervention in local affairs.

The most relevant case involved Cristiana Chamorro, the daughter of former President Violeta Barrios de Chamorro. The regime raided and arrested Chamorro, who had a real chance of winning the elections. She was sentenced to eight years in prison due to “money laundering, ideological falsehood, and abusive management.”

Lesther Alemán adds to the list of victims. The courageous student leader called for Ortega’s resignation during a public dialogue in 2018 due to his atrocities against the university community. Alemán was convicted and sentenced to 13 years in prison on February 10.

The Nicaraguan University Alliance (AUN) denounced the closed-door trial of Alemán. Alemán did not have the right to defense since his lawyers were deprived of access to the court record and were unable to defend their client.

Along with the Catholic church, Nicaraguan students represent the last bastion of freedom. After the purge of political opposition in 2021, the regime is now targeting the education system. The regime seeks to prevent the emergence of new dissidents that could challenge the dictatorship. That means creating an education system within which students have no alternative to regime surrogates.

IACHR has received more than 100 complaints about the expulsion of university students for political reasons. Many of these students who enter other universities could face repeat expulsion due to the latest university closures. The few universities that have yet to be confiscated by the government will likely become the new targets.

No Counterweight in Sight

With the opposition in a chokehold, the latest target is private universities. The Nicaragua National Student Union (UNEN), which supports the Sandinista National Liberation Front (FSLN), and the CNU have taken over the universities.

Educational autonomy and freedom are on the ropes in Nicaragua. An education system that cannot exercise freedom will extinguish critical thinking. Likewise, any civil articulation that challenges authority will cease to exist.

No tyranny can consolidate power without absolute control of education. The battle against education is only beginning. The most affected groups will be university students and future generations that will be part of a statist education system.