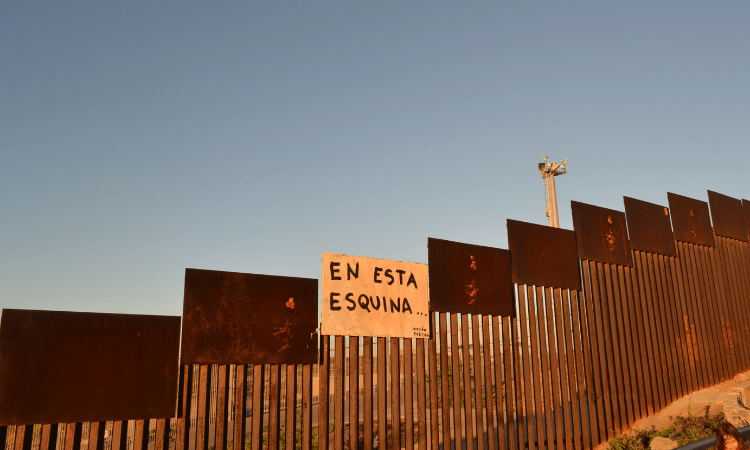 Fleeing general violence is one reason why people go to the United States and request asylum. (Wikimedia)

Two additional factors predate the recent surge but drive and enable illegal migration. They are the lack of economic opportunities in migrants’ home countries and corrupt border-control officials. Some of these officials accept bribes from migrants in exchange for letting them cross without formal processing. Others, mainly in Mexico and Guatemala, kidnap migrants and hand them over to coyotes (migrant smugglers) and narcos in exchange for money and other favors.

This investigation aims to identify and elucidate the rule-of-law breakdowns in Central America that lead to increased illegal migration toward North America.

Cuba, Venezuela, and Haiti send large groups of migrants to the United States and Mexico on account of insecurity and economic crises. These countries constantly send large emigrant waves to the rest of the region too.

Fleeing general violence is one reason why people go to the United States and request asylum. However, fleeing violence does not suffice as a basis for asylum requests in the United States. To qualify for asylum, applicants must prove they are subject to persecution on account of race, religion, nationality, political opinion, or membership in a vulnerable group.

To understand the state of illegal migration on the US southern border, the Impunity Observer interviewed four experts. They agree that border control in Guatemala, Mexico, Honduras, and El Salvador is incompetent. Illegal migrants easily cross into these countries without permission.

Don Castriotti is president of the migrant shelter Suffering Relief in Trojes, Honduras, near the Nicaraguan border. He told the Impunity Observer: “Border control across Central America is relatively similar. Migrants bribe authorities to let them pass or guide them to blind spots where they can cross borders.”

Migrant caravans emerged in 2018 as an alternative way to get to the United States. Caravans are large groups of people who illegally cross borders by challenging the capacity of the border police in each country they pass through. In the last lustrum, migrant caravans have become a popular way to cross borders in Honduras, Guatemala, and Mexico. According to Martínez López, who works as relief coordinator at Migrant Shelter 72 in Tabasco, Mexico, most caravans that arrive in Mexico come from Honduras.

A study from Forced Migration Review found that Hondurans tend to create more caravans, since their income is lower and they cannot afford coyotes. While coyotes charge from $15,000 to $20,000 per person, joining a caravan is free.

“Caravans gather more and more people through their journey, so when they get here [southern Mexico], we can identify Hondurans, Salvadorans, Guatemalans, Venezuelans, and a few Africans,” she said.

However, not everyone can walk for days. Narcos and extortionists take advantage of the people who lag. They kidnap them and ask their families for large amounts of money.

Yanet Nepomuceno, a migration expert from Chihuahua, Mexico, believes official controls on South American travelers will not reduce illegal migration. In fact, Mexico started asking Ecuadorians and Venezuelans for a visa in August 2021 and January 2022, respectively. Since April, Colombians must provide proof of their return flight and report where they are staying. None of these measures has decreased illegal migrant flows.

The illegal-migration problem does not stem from the number of travel restrictions but on law enforcement in border zones. Mexican and Guatemalan authorities not only help illegal migrants to cross borders and break laws, they also take advantage of their vulnerability.

Migrants frequently accuse police officers of kidnapping and colluding with organized crime. The Zetas and the Gulf Cartel are some of the criminal groups involved in human smuggling, especially near the US-Mexico border.

Javier Martínez, relief coordinator at a migrant shelter in Saltillo, Mexico, told the Impunity Observer: “Law enforcement agents in zones near the border apprehend illegal migrants. But instead of taking them to prison or the appropriate authorities, they hand them to coyotes or drug traffickers.” Martínez said gangs pay large amounts of money for illegal migrants.

In Migrant Shelter 72, Martínez López has also received migrants that have dealt with police extortion, in particular along the Mexico-Guatemala border. She said migrants report extortion, kidnapping, and police brutality in shelters. However, “few migrants continue the legal process to file their complaints to the authorities.”

Martínez contends that almost none of these cases is public but is an unspoken migration reality. Nepomuceno agreed with Martínez, as she has received migrants with similar stories in Chihuahua, Mexico. These cases remain confidential to protect victims’ integrity due to possible retaliation from organized crime organizations and police officers.

Men used to undertake the dangerous journey to the north, but that has changed in recent years. By mid-2020, according to Migration Portal, 51.8 percent of illegal immigrants entering North America were women, and 48.2 percent were men.

Migrants have told Martínez they prefer to leave the country with their children, because otherwise gangs or narcotraffickers recruit them. In many cases, entire families flee their home countries because children are in danger due to gang threats.

When encountered at the US southern border, thousands of families fragment and lose each other. While some children are never found by their parents, others turn up but have suffered abuse and violence. As a result, the US government is facing legal charges over fragmented families, although in most instances this happens outside of any law enforcement activities.

The migrant flow from Haiti has also increased. In September 2021, 15,000 Haitians waited under the Del Rio International Bridge to enter the United States. However, US officials encountered them and immediately deported them to their home country.

Castriotti told the Impunity Observer that more Haitians seeking to arrive at the US southern border are heading into Honduras through Trojes. Located in western Honduras, Trojes is a dangerous region controlled by criminal organizations.

According to the Honduran Migration Institute, at least 1,505 migrants illegally entered the country through Trojes from January 1 to April 19, 2022. Of them, 1,048 were Haitians. Castriotti explained that thousands of Haitians are fleeing Haiti’s humanitarian crisis, which has worsened after former President Jovenel Moïse’s murder in July 2021.

Castriotti and Nepomuceno said more people from Africa, Eastern Europe, and Russia are also arriving in the United States. Most of them seek to illegally enter the country through the US-Mexico border.

How the Title 42 Withdrawal Is Seducing Migrants

The Biden administration has announced that the border restriction, known as Title 42, will end on May 23. Under the US Health and Human Services Center for Disease Control and Prevention Department (CDC), Title 42 has hastened more than 1.7 million expulsions since March 2020.

Title 42 has prevented migrants from requesting asylum and extending their stay in the United States. Since public-health conditions associated with the coronavirus outbreak have improved, the CDC has argued the public-health order is no longer necessary.

Republican Governors Doug Ducey, John Bel Edwards, and Mike Parson—from Arizona, Louisiana, and Missouri, respectively—filed a suit in Louisiana’s Federal Court on April 3. They seek to block the lifting of Title 42, since the US southern border’s migration crisis is set to get even worse.

For Martínez, “the US government will not [lift Title 42], because it would have a massive impact on the inflow of illegal migrants going to the country.” Given the ominous increased flow, he said the US government needs to replace Title 42 with another order.

White House Press Secretary Jen Psaki has acknowledged the need for a contingency plan to halt a potential massive migration flow after the lifting of Title 42. Psaki explained that CDC has the authority over Title 42, because it is a public-health order and not a migration policy.

Martínez López stressed the importance of greater awareness regarding migration measures and procedures. She argued that plenty of migrants go to the United States, because they believe they will get through the border because of Title 42 lifting, which is mistaken.

“[Ending Title 42] does not mean that migrants will be able to walk to the border, and authorities will grant them access or asylum. It means that illegal migrants in the United States cannot be deported as easily as with Title 42 in force,” Martínez López explained.

Hand in hand with the carrot of better economic opportunities, lax border-law enforcement nourishes illegal migration to the United States. Border officials across all countries that migrants pass through in their route to the north have bowed to organized crime.

Illegal migration is no longer confined to coyotes. Migrants organize caravans to reduce costs and protect each other during the long, dangerous journeys. Criminal groups that control borders have made human trafficking and extortion a profitable business that includes the participation of police and migration officers.

The Biden administration’s announcement of lessened border enforcement, albeit misunderstood, has led to a growing migration crisis at the US southern border. Now that the US government is set to end Title 42, more people are getting ready to cross the US-Mexico border. As economic opportunities, security, and the rule of law weaken in developing nations, people continue to arrive in the United States to take a chance as illegal migrants.