The Beginning of the End for Panama
Skip to content 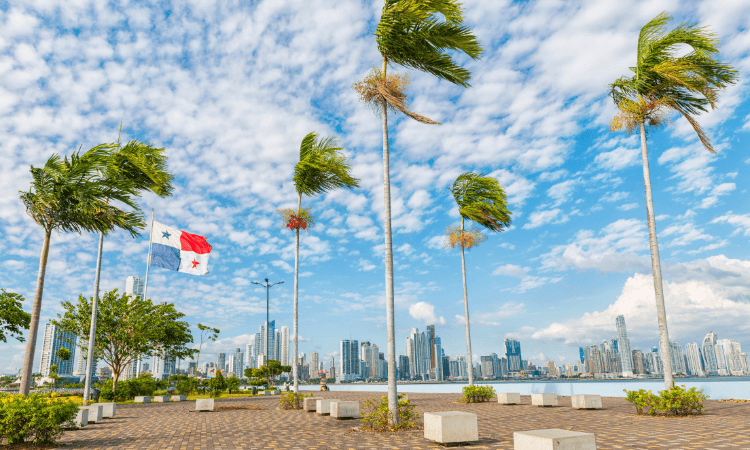 The economic slowdown and the loss of purchasing power have catalyzed a widespread rejection of democracy. (Canva)

From early July 2022, Panama has been home to blockades that have crippled the country’s economy and undermined governability. The rising cost of living and rampant corruption—and officials’ inability to address them—have triggered nationwide political discontent.

Deep-seated discontent has paved the way for rising hard-left politicos to capture the nation.

Unions of public-school teachers convened for a national strike on July 1. The grievance started in Santiago—a city in central Panama—but rapidly gathered more unions, indigenous organizations, and other civil-society movements across the country. It has become one of the largest strikes in Panamanian history.

Each group has its own political demands, but all have favored lowering prices on fuel, food staples, and medicine. Other petitions include increasing the minimum wage, allocating more public spending to education and medical care, and strengthening governmental transparency.

After three weeks of escalating conflict, center-left Panamanian President Laurentino Cortizo conceded to public demands. He imposed price controls on over 70 food products and agreed to freeze the fuel price at $3.25 per gallon. While the government settled with teachers on August 1, other unions and movements have threatened new protests.

The Straw that Broke the Camel’s Back

With more than two decades of steady growth, Panama’s economy was not immune to COVID-driven lockdowns and worldwide trade disruption. In 2020, Panama’s GDP fell by 17.9 percent, the fiscal deficit surpassed 9 percent of GDP, and unemployment hit 18.5 percent.

While the country’s economy has started to rebound, the unemployment rate remains around 10 percent, and the informal economy accounts for almost 50 percent of employment. The inflation rate—lower than 1 percent until 2020—reached 3 percent in mid-2022.

Likewise, fuel prices have almost doubled since late February. In June, the 95-octane gasoline price reached $6.02 per gallon, the 91-octane gasoline was $5.46, and diesel was $5.27.

Such an increase has further raised the prices of food staples. Also, by June, Panama’s consumer price index scored 5.2 percent, an extremely unusual figure for the dollarized country where price stability has prevailed.

While Panama enjoyed decades of economic prosperity and stability before COVID-19, the same cannot be said about its political landscape. Trust in institutions and authorities has dwindled over time due to persistent corruption and a lack of responsiveness.

According to the Latinobarómetro survey, 82.7 percent of Panamanians believe a group of influential people governs the country for its benefit. The mistrust rate for the government is 77.2 percent, 87.2 percent for the legislative, 75.9 percent for the judiciary, and 87.5 percent for political parties.

One of the reasons why Panamanians do not trust their political institutions is because of extreme poverty prevalence. Even though the poverty rate has decreased from 38.3 percent in 2006 to 21.5 percent in 2019, it still accounts for a significant portion of the population. Currently, around 10 percent of Panama’s households live on less than $2.30 per day.

Economic openness has boosted the Panamanian economy, making it an attractive destination for foreign investment and favorable for doing business and creating jobs. However, the corruption, rising public debt, and lack of judicial independence impede further wealth creation.

According to the Rule of Law Index—a rigorous initiative of the World Justice Project—bribery in the judicial branch is frequent, and the criminal justice system is neither impartial nor effective. With a score of 36 out of 100, Transparency International’s Corruption Perception Index ranks Panama 105th among 180 countries. In addition, public debt steadily increased in the 2010s, hitting 65 percent of the country’s GDP by 2020—the latest official data available.

The economic slowdown and the loss of purchasing power have catalyzed a widespread rejection of democracy. When more people perceive that the political elite is accumulating wealth at the expense of society, they lose confidence in the economic system. Further, if political and economic issues hit people’s pockets, they lose patience, go to the streets, and take the law into their own hands.

The most recent national strike is not the lone example of disobedience towards authorities. A group of unions rallied to present 32 demands to the government in May. These included wage and pension raises, unemployment insurance, price controls, and a call for Cortizo to abstain from the Summit of the Americas—which took place in June in the United States. Petitions were similar in July, but this time unions managed to paralyze the economy and take control of land infrastructure.

Growing discontent sets the ideal ground for the social outbreak and the emergence of populist, authoritarian leaders. Chile and Colombia—which witnessed violent strikes from 2019 to 2021 and are now led by extreme socialists—show how the story ends.

The powerful union of construction workers Suntracs, for instance, has already run in two presidential elections with the extreme-left party FAD. While their political support has been scant, they could take advantage of political discontent to gain votes for future elections. Suntracs played a starring role in the latest strikes and the ongoing dialogue between the government and unions.

While the Panamanian presidency has evaded the regional hegemony led by the Sao Paulo Forum—now renamed as the Puebla Group—recent massive protests could be the prelude. Panama’s strategic geopolitical location could enable the expansion of the extreme left’s political agenda and trade preferences. The latter could include more influence from China.

If Panamanian officials do not tackle rampant corruption and address the economic crisis with short- and long-term measures, the so-called Caribbean Miami will fall.