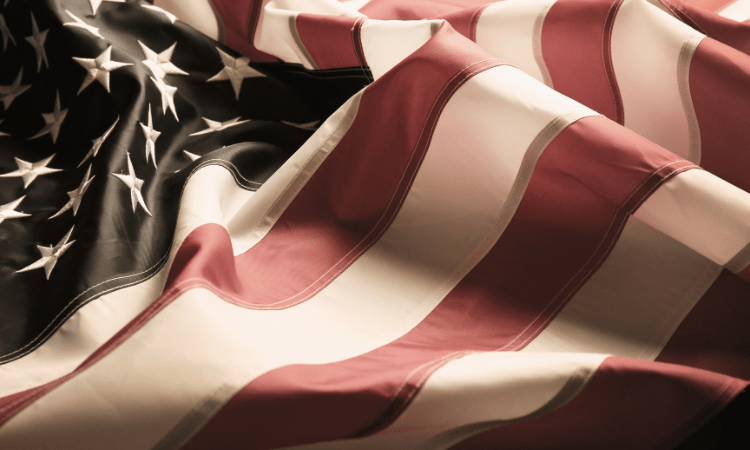 The White House's laden language is dividing us against each other and hastening US descent into tyranny. (Canva)

A recent poll found “a similar share of Republicans and Democrats believe … the US will cease to be a democracy in the next decade.” The two-fifths of each party disagree, however, regarding whether a fascist or communist dictatorship will replace it. The respondents fail to understand both systems and why a dictatorship is coming.

Purposeful manipulation has exacerbated these sentiments. The White House’s laden language is dividing us against each other and hastening US descent into tyranny.

Communists and fascists are both totalitarians. Communists came to realize that insisting on elimination of private property limited their ability to conquer societies. They discarded that tenet after the Soviet Union disintegrated in 1989. Communists by then understood the government need not formally own property to control it.

Merriam Webster defines fascism as “a centralized autocratic government headed by a dictatorial leader, severe economic and social regimentation, and forcible suppression of opposition.” Fascism does not eliminate private property and is identical to the new communism.

Both are the opposite of liberty, and we often hear that we must condemn both extremes equally. That is a distraction. Genuine right-wing extremists—not MAGA Republicans—are miniscule in number compared to left-wing extremists. The former have no power and are purposely exaggerated by the latter, which are now governing.

Totalitarians try to confuse the public regarding who is in conflict. They want us to believe it is Democrats versus Republicans, liberals versus conservatives, and open groups versus closed groups. They attempt to distract from the real confrontation: tyranny versus liberty.

Liberal used to denote openness, tolerance, and the examination of policy results. Today’s self-described liberals are illiberal: dogmatic, intolerant, and unwilling to examine the results of their policies.

To conserve is to keep something from changing or being lost. This is impossible for most things since change is constant. It is possible, however, to preserve timeless principles from being discarded for political ends. One’s attitude toward conservatives depends on what they are trying to conserve.

Joe Biden and his team constantly characterize MAGA supporters as extremists, insurrectionists, white supremacists, and domestic terrorists. This is to create anger and fear while preventing examination of what they say and who they are.

If Biden supporters were to look at his words’ meanings, they would realize there is a large difference between Al-Qaeda-style violence and voicing political opposition. Comparing Osama bin Laden to MAGA supporters is deliberately misleading.

The Biden regime persecutes anyone remotely connected to the January 6 Capitol events to make the false comparison seem true. Nobody at that event intended or attempted to overthrow the government, and they had no capacity to do so.

I have attended CPAC and Faith and Freedom Coalition conferences and have not encountered one extremist, insurrectionist, white supremacist, or terrorist. The people at these conferences are concerned about liberty, and they understand they cannot be free unless all individuals are free.

MAGA supporters focus on individual merits rather than demographic characteristics. Collectivists, who are the real racists, incite conflict and assume group think.

Underneath the tyrants’ word games and baseless accusations is their policy record of failure and abuse of power. Weaponizing federal agencies against political targets threatens democracy. That includes using Patriot Act powers, created to combat foreign terrorists, against the regime’s political opponents. The 87,000 new IRS agents will target and intimidate their political opponents, just as Barack Obama’s IRS did.

A genuine threat to democracy is the executive branch failing to enforce the law on our southern border. The difference between the Biden regime and those it demonizes is the regime has power and is violating the Constitution and our laws. The sins of their political opponents exist only in the words of the regime and its media partners.

Demonization is fundamental to the Biden regime strategy, and its increase before the election is deliberate. Regime spokesmen misuse the word moderate to describe Republicans who facilitate their tyranny by not identifying and opposing it.

The regime and its allies are eager to demonize MAGA Republicans as extremists. This keeps their followers and anyone else they can deceive from the truth. Democrats will even go so far as to elevate candidates they will then be able to demonize, as with retired General Don Bolduc in New Hampshire. Democrats helped him win the Republican primary to help Senator Maggie Hassan win reelection.

The Biden regime and its allies identify Bolduc as an “election denier.” Raising doubts is now “extremism,” even though the 2020 election has not been properly investigated; nor has the January 6 intrusion into the Capitol. The regime and its allies do not want transparency and prefer to impose their version on us.

Bolduc and other veterans sacrificed so the rest of us could be free. As much as they believe in timeless American principles and promote liberty, the Biden regime fears and demonizes them.

The respondents to polls who fear our government will become a fascist dictatorship are focused on the wrong people. They should look beyond the current regime’s words and focus on its actions.