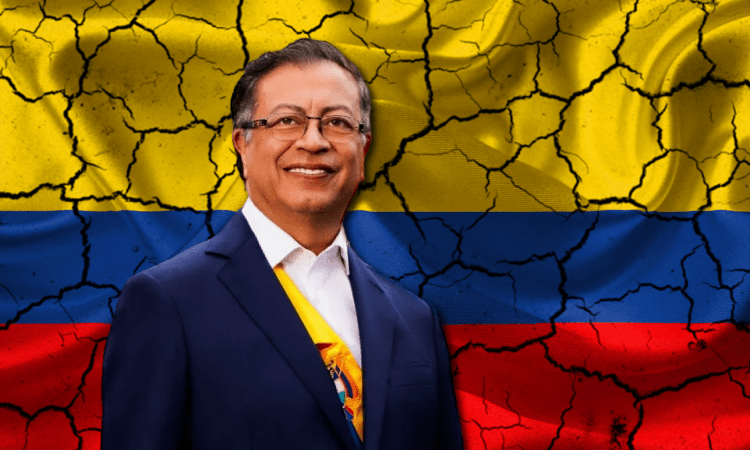 Petro has started dialogue with the terrorist National Liberation Army, on the assumption that it will bring final peace. (Author)

After only two months in office, Colombian President Gustavo Petro has already made several efforts to align with Latin American tyrants. He has restarted cooperation with the Venezuelan dictatorship, appointed an ambassador to Nicaragua, and backed a request to remove Cuba from the US list of terrorist countries.

By getting close to governments that commit human-rights violations, Petro is removing his democratic façade and setting the stage for further destabilization and lawlessness in Colombia.

Domestically, things do not look better. Petro has started dialogue with the terrorist National Liberation Army (ELN), on the assumption that it will bring final peace. For Colombian Senator Miguel Uribe, however, Petro’s proposal will bring complete impunity.

Petro started flirting with the Ortega–Murillo dictatorship on August 11, 2022, by appointing León Fredy Muñoz as ambassador to Nicaragua. Earlier this year, then President Iván Duque ordered his ambassador to leave Nicaragua when Ortega described Colombia as a narco-state.

On August 12, Colombian Foreign Affairs Minister Álvaro Leyva’s delegation did not attend the Organization of American States (OAS) session to vote and condemn the Nicaraguan dictatorship for its systematic violations of human rights. Such action was heavily criticized nationally and internationally. Colombian officials justified it by saying it was a foreign-policy strategy pursuing humanitarian—not ideological—ends.

The well-known journalist Daniel Coronell revealed two reasons for the absence of the Colombian delegation. First, Colombia wanted to negotiate with Nicaragua the entrance of Colombian fishing vessels in an area that the International Court of Justice handed over to Nicaragua in 2012. Second, the Petro administration is allegedly conducting a humanitarian operation to persuade the Ortega–Murillo dictatorship to release 21 political prisoners.

Petro’s efforts to please the Ortega–Murillo regime were in vain, however. On one hand, the OAS resolution condemning Nicaragua successfully passed. On the other hand, William Grigsby, one of the main promoters of the Ortega administration, announced in his radio program No Borders that the regime has refused to negotiate with Petro.

In a swift reaction to these latest developments, Leyva changed his rhetoric and publicly condemned Nicaraguan tyranny. He described Ortega as a quintessential human-rights violator and warned he will support Nicaragua’s removal from the United Nations Human Rights Council.

Regardless, the Petro administration has set a negative precedent. The newly appointed president is willing to undermine Colombia’s image by aligning with the Nicaraguan dictatorship and conducting under-the-table arrangements.

According to Petro, his purpose is merely humanitarian and economic. However, Benedetti appears to have a broader agenda that includes legitimization of the Venezuelan dictatorship.

In a Bloomberg interview, Benedetti seemed keen on withdrawing from a complaint against Venezuela that Colombian and Chilean senators—including Duque—presented in 2017 to the International Criminal Court. “Duque made a serious mistake in terms of foreign affairs,” Benedetti said.

Colombia is, nonetheless, home to magical realism, both in literature and politics. In 2015, then senator Benedetti urged the government to end relations with Venezuela.

Another irony is Petro’s invitation to Venezuelan dictator Nicolás Maduro to become a guarantor in the negotiations with the ELN. Since 2017, the terrorist group has expanded its operations in the country to the north, not by force but by cooperating with the Venezuelan army.

Maduro has already accepted Petro’s invitation. Once Colombia removes the request to extradite ELN members sheltered in Cuba, negotiations are set to start in early November.

ELN dialogue is part of Petro’s “Absolute Peace” that seeks to negotiate with every non-state armed group. Petro has presented his proposal to Congress to make it a longstanding policy. Initial commissions at the Senate and the House have already given it approval.

In 2018, then President Juan Manuel Santos conducted a similar peace process with communist FARC guerillas. The peace agreement has failed so far. While former FARC members are enjoying illegitimate political power with given seats at Congress, dissident fronts have continued and expanded illicit activities.

US State Secretary Antony Blinken met Petro in Colombia on October 3. During this meeting, Petro said that Donald Trump’s decision to include Cuba in the US list of countries promoting terrorism was unfair and that he avocated for its removal.

Cuba would be another unreliable ally of the Petro administration. Cuba has been home to some ELN leaders since the Duque administration attempted to negotiate with them in 2018. Although Duque repealed the resolution that allowed ELN members to stay in Cuba due to continuing violence in Colombia, the Cuban dictatorship granted them asylum.

Petro is unveiling his true political agenda by not only seeking but strengthening ties with tyrants. The new approach to Colombian diplomacy appears to be an endeavor to extricate dictatorships from their crimes in the eyes of the international community. This (1) allows dictators to remain in power with less foreign scrutiny, and (2) it helps Petro win ideological allies.

Although it is too early for a verdict, Petro is well on his way to positioning himself as the new chief caudillo in Latin America to lead the new wave of 21st-century socialism.