The Dark Side of US Dollars in Cuba
Skip to content 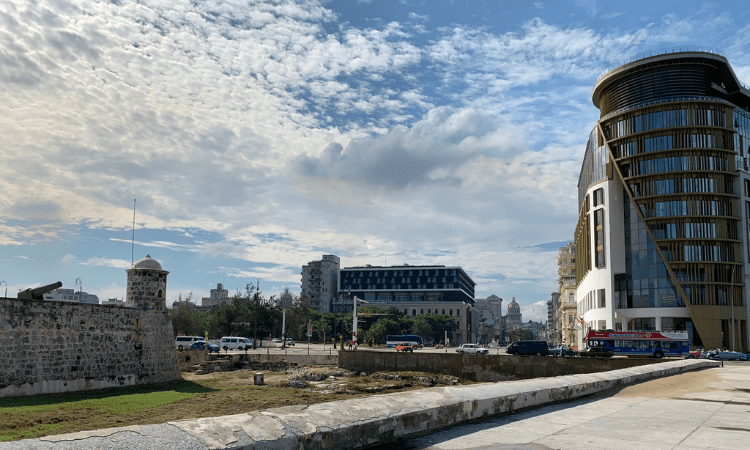 The Cuban regime, led by dictator Miguel Díaz-Canel and the Revolutionary Armed Forces (FAR), controls around 90 percent of the island’s economy. State-owned companies and consortia dominate not only local markets, but also foreign trade, remittances, and tourism.

To keep hungry Cubans at bay and ensure regime stability, those in power require sound money. They have manipulated the trade and exchange rates to serve this purpose, even loosening the official rate to undermine the black market and boost taxation. This article examines how the Communist Party of Cuba has relied on US dollars—either in public treasuries or citizens’ pockets—to stay afloat.

Taking the Cream Off Remittances

A 2018 study by Havana Consulting Group (one of the latest analyses available) estimated that remittances totalled $6.4 billion in 2016. This exceeded the combined sum of tourism, agriculture, tobacco, medicine, sugar, nickel, and seafood industries: $4.9 billion.

By 2020, roughly 1.37 million out of 1.75 million of Cuban emigrants were based in the United States. In the same vein, half of known remittances sent to Cuba that year came from the United States, despite long-standing economic sanctions issued by the US government against the Cuban dictatorship. Cuba does not report figures on remittances, and not all the money is sent by formal transfer systems, so comprehensive data is unavailable.

Cubans interviewed by the Impunity Observer agree that sending remittances to the island is difficult and costly. Some ways to send money to the island are (1) physically visiting Cuba and carrying the money, (2) sending it through unofficial money transfer platforms, (3) or charging it to prepaid cards used at state-run Moneda Libremente Convertible (MLC stores): Freely Exchangeable Currency.

To avoid state intervention and ensure money delivery, a popular option is travel to the island. Unauthorized transfer companies, those that do not have regime approval to send money to the island, are risky. Since they operate through irregular means, such as unknown intermediaries that circumvent the regime’s controls, users are vulnerable to scams. This was the case with several frauds reported about Cubasend, a website that offers money transfers to Cuba through a Telegram bot.

Global remittance providers, such as Western Union, used to serve Cubans by receiving money abroad and sending it to the Cuban state-owned company, Fincimex. Western Union halted collecting Cuba-bound remittances in 2020, after the Trump administration restricted remittances to Cuba as part of new sanctions. The US government sought to reduce revenues for the dictatorship, since it managed all remittances and diverted a handsome share for itself.

In June 2022, the Biden administration eased economic sanctions. To resume remittance management, the Cuban dictatorship and the US Treasury Department granted a license to a new company: Orbit S.A., which is allegedly based in Florida. On paper, Orbit S.A. meets both countries’ requirements: being unrelated to the regime and having physical offices in Cuba. There is, however, little available information about this firm, which calls into question its autonomy.

People in the United States can charge MLC cards through bank accounts that are able to make transfers to the Cuban financial system or via online agencies such as Havana Ship or Cubamax. For every $100 charged onto a MLC card, these backdoor agencies charge $25–30.

MLC stores are commonly known as dollar stores because they only accept payments in foreign currencies. As affirmed by Cuban officials, the regime’s goal is to collect foreign currencies. Panamericana Stores—the largest retailer in Cuba—and Caribe Stores—with 1,921 stores across the country—are subsidiaries of GAESA, the consortium run by the FAR.

In addition to remittance recipients, tourists are frequent customers at MLC stores, where goods are unaffordable for Cubans who do not receive income from abroad. For example, while the Cuban average salary is around $32 per month, a bag of frozen chicken fingers at an MLC store costs $13.

Apart from service exports—such as medical care—tourism is the most important economic activity on the island. In 2020 (the latest official data available) international engagement, including restaurants and hotels for tourists, accounted for 23.8 percent of Cuba’s GDP.

Due to the US embargo imposed on the Cuban dictatorship, the island has attracted mainly Canadian and European tourists for decades. However, when the Barack Obama administration introduced its policy of detente, the number of US visitors increased.

While the Obama administration apparently expected US tourist dollars spent on the island would benefit a Cuban middle class—those who live off remittances—and accelerate political change, the money ended up benefitting the regime. As in every other industry on the island, the tourist sector—including hotels, restaurants (known as paladares), bars, car rentals, and transportation services—is operated as a state-dominated monopoly.

The Ministry of Tourism and GAESA own most of the businesses operating in the tourism sector, such as Cubasol, Gaviota, and Cimex. While there are some private accommodation services such as Airbnb and rental houses, the regime keeps track of guests and levies heavy taxes. It also provides different licenses for accommodation spaces for locals versus those hosting foreigners. 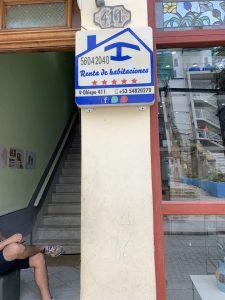 The Cuban dictatorship owns all the hotels across the island, but some are managed by foreign companies, such as Spain-based Iberostar and Meliá. This happens under the terms and conditions of Cuban law. According to the law, payments to international hotel management companies “can be conditioned according to the results of their administration.” Because hotels are categorized as a strategic sector, the regime allows new management contracts only with “large and prominent foreign companies” to increase profitability.

For example, La Bodeguita del Medio (LBDM), Old Havana’s most popular bar-restaurant, belongs to the Ministry of Tourism and is managed by the Cuba-based Palmares firm. LBDM has opened branches in other regions of Cuba such as Matanzas and Santiago, and in other countries such as Mexico, Argentina, Costa Rica, Spain, and Venezuela. 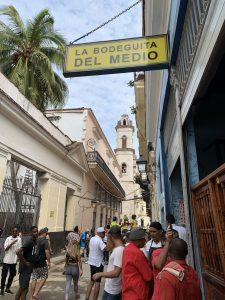 The bar-restaurant El Floridita is another example of Cuba’s most iconic tourist attractions that belong to the Cuban government. Palmares also manages El Floridita, but it is owned by the Ministry of Tourism. Palmares manages around 850 more tourist facilities across the island. 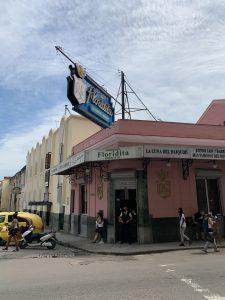 Another company that belongs to the Ministry of Tourism is Gran Caribe S.A. It manages over a dozen hotels in Cuba, of which eight are in Havana, three in Varadero, two in Cienfuegos, and one in Mayabeque. One of them is Hotel Nacional, the most famous on the island.

Iberostar is one of the foreign companies with a strong presence in Cuba. The company, owned by millionaire businessman Miguel Fluxá, manages 18 luxury hotels on the island: three in Havana (Parque Central, Grand Packard, and Riviera), and 15 in Varadero, Holguín, and Trinidad, among other cities. 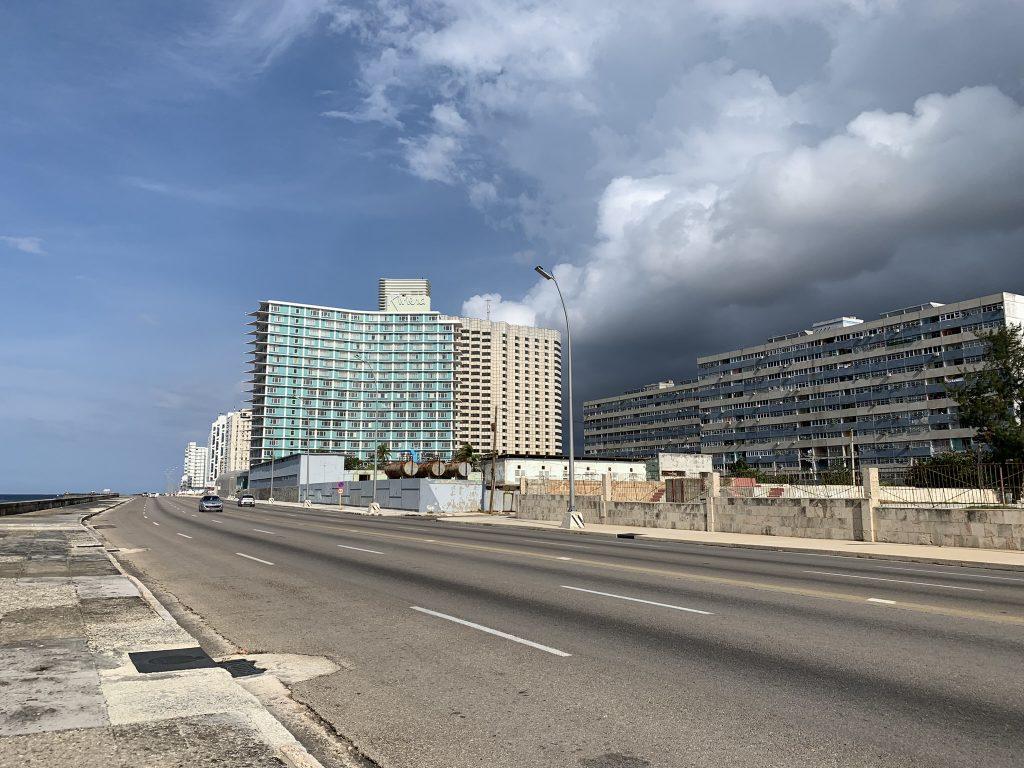 Meliá, the Spanish company, manages 33 luxury hotels in nine Cuban cities, including Havana. Meliá plans to open two new hotels in 2023—one in Varadero and another in Trinidad.

While Cubans are struggling with constant blackouts, and scarcity of food, gas, and cement, hotels have their own power generators and infrastructure to cope with them. Moreover, officials are able to purchase high-quality cement to build more hotels. 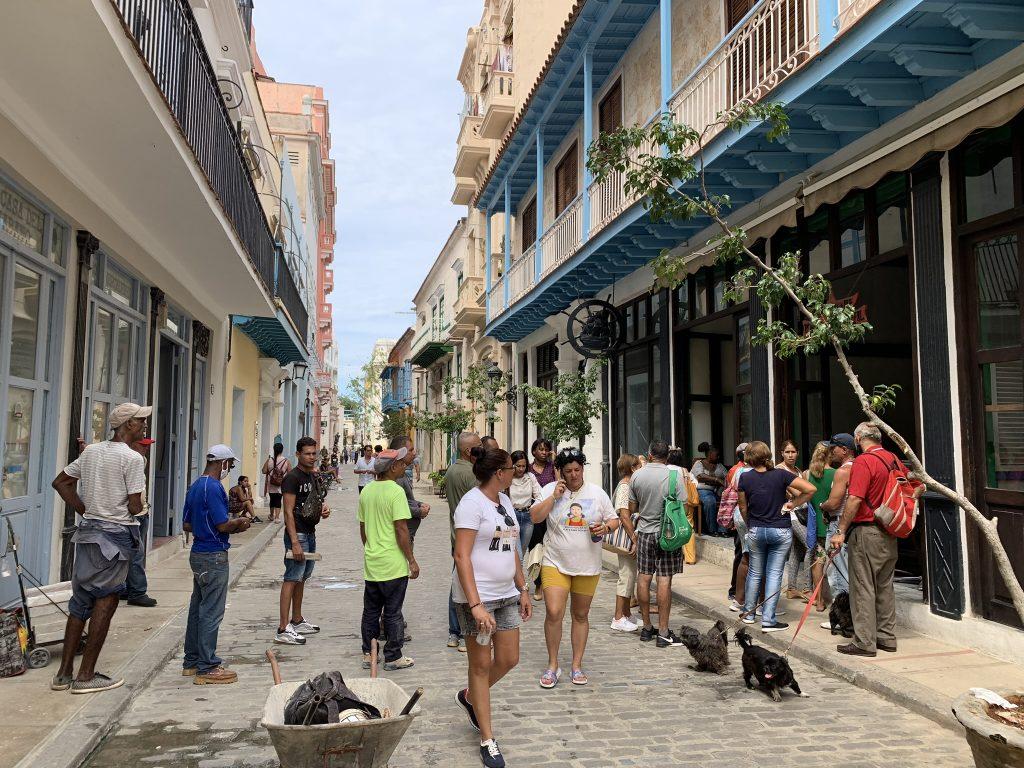 In the same vein, the regime continues to build commemorative monuments in honor of former dictator Fidel Castro. For instance, the dictatorship inaugurated the luxurious Centro Fidel Castro Ruz in November 2021. While the construction costs remain uncertain, Meliá and Iberostar contributed $24 million for the building’s façade. The building hosts cultural events for tourists while promoting Castro’s ideas through political gatherings.

Modern hotels, a wide variety of restaurants, and leisure venues help the dictatorship to portray Cuba as a cheap and ideal tourist destination. With their money, tourists unintentionally contribute to state-run businesses and partake in modern-day slave labor.

Regarding remittances, analyst Mateo Haydar of the Heritage Foundation contends: “The United States still fails to have a clear path towards the regime… There is no guarantee that the Cuban regime will keep its hands off the remittances.”

Through remittances and tourism, the regime collects foreign currencies to afford the vast expense of the communist Cuban state. Without a private sector, it is Cuba’s dictatorship that manages industries, buys food and medicine, imports gas, and so on. Furthermore, the regime continues to allocate more public spending to building new hotels across the entire island, despite insufficient demand. In 2022, vacancy rates have been at 14 percent.

A rising number of Cuban citizens realize the regime devotes its efforts to tourism—not without irony, to those who can pay. Meanwhile, Cubans are overwhelmed when seeking basic necessities such as food for their families and steady access to electricity. While citizens resort to the black market to purchase scarce groceries and medicines, the inability of the regime to meet Cubans’ needs is inflaming popular discontent. As the Impunity Observer has previously documented, social unrest is weakening the dictatorship.