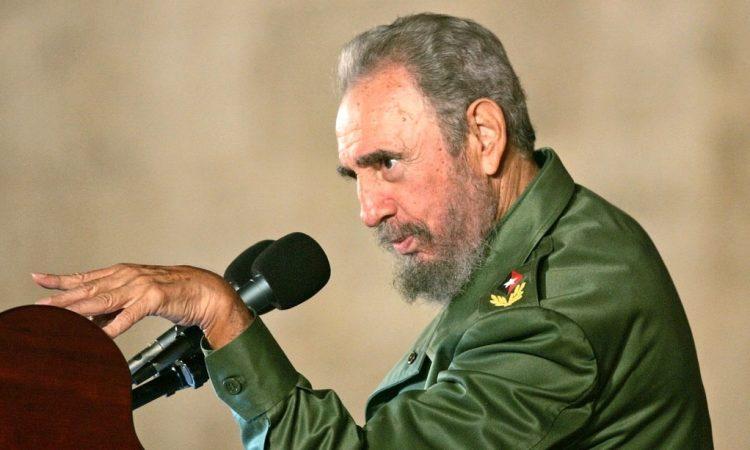 On Thursday and Friday in Miami, senior Trump administration officials — Vice President Pence, Secretary of State Tillerson, and Homeland Security Secretary Kelly — will participate in the Conference on Prosperity and Security. They seek solutions for the problematic Northern Triangle: Guatemala, Honduras, and El Salvador.

News reports indicate that on Friday in Miami Trump will also announce changes to US-Cuba policy.

A turnaround for Cuba and the Northern Triangle will require more than amending trade and travel rules enacted under President Obama. His embrace of the regime in Cuba and Fidel Castro’s allies in Central America did more harm than that.

Guatemala is the key country in the Northern Triangle for US interests, given a 595-mile, very porous border with Mexico. Since Mexico cannot stop the flow of illegals, narcotics, and weapons, Guatemala is an unlocked backdoor.

Those bringing lawlessness to the rural areas trace their roots back to Castro’s meddling in Guatemala. In the early 1970s, Castro created Cuba’s America Department to encourage Marxist-Leninist violence in Central and South America. During Obama’s tenure, he not only changed Cuba policy, his officials embraced the remnants of the guerrillas propped up by Castro.

The America Department funded and trained the guerrillas during Guatemala’s 36-year conflict. At Castro’s insistence, in 1982 the URNG (Guatemalan National Revolutionary Unity) became the umbrella group of four organizations attempting to violently overthrow the government. The four groups disbanded with the 1996 peace accords, but the URNG became a political party pursuing the same goal.

With pressure from President Obama’s ambassador, Todd Robinson, the Guatemalan judiciary is stacked with sympathizers to Castro’s groups. They and the UN-created International Commission Against Impunity in Guatemala (CICIG), praised by George Soros’s Open Society, have protected the groups.

US Customs and Border Protection reported in 2014 that Central Americans apprehended on the southern border outnumbered Mexicans for the first time. In 2016, it happened again. The number of unaccompanied, undocumented Guatemalan children at US border was 1,115 in 2009; 8,068 in 2013; and 18,913 in 2016.

A goal of the Conference on Development and Security is to build the economies of the Northern Triangle, alleviating the incentives for inhabitants to flee. The goal is laudable: without security, both physical and legal, there can be no economic growth or prosperity.

Unfortunately, with Obama administration and CICIG help, the guerrilla successors control Guatemala’s rural areas. They have forced the impoverished inhabitants to impede and sometimes destroy businesses.

In one case, the leftist-controlled high court suspended hydroelectric plants opposed by the militias. The American Chamber of Commerce in Guatemala stated recently that $4 billion of investment was at risk, along with 445,000 jobs and important tax revenues.

Gangs outmatch local police, so they need Guatemala’s elite security to be deployed to enforce the law in rural and border areas. US officials should also encourage use of the judiciary to convict criminals now receiving impunity.

Liberated rural inhabitants would then have more opportunity, lose motivation to flee, and become an important source of support. They would cooperate with security forces to identify foreigners passing through their territories, reducing the flow of illegals and contraband into Mexico and ultimately the United States.

The Trump administration’s focus on the region is encouraging. It is time to reverse Castro’s lingering presence in the Americas. An initial step would be to remove the lead implementer of the Obama agenda in Guatemala: holdover Ambassador Todd Robinson.

President Trump can undo the damage done by Obama’s inexplicable embrace of a murderous dictator. For decades, Castro worked against US interests around the world and supported terrorism against America and our allies.

Fergus Hodgson contributed to this article, which first appeared in the Daily Caller.