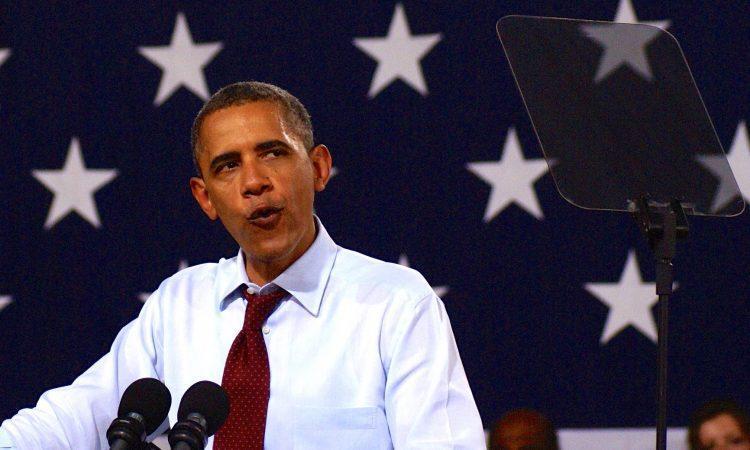 Barack Obama sided with Marxists in Guatemala, to the detriment of the rule of law, particularly in rural areas. (Marc Nozell)

America’s opioid crisis has heightened the demand for heroin and the importance of counter-narcotics operations in Latin America. However, a knee-jerk response will fail to grasp the complexities on the ground.

While the Mexican military has a vigorous poppy air-interdiction program, their government cannot stem the flow of narcotics and illegal immigrants traversing their country. With its 595-mile, very porous border with Mexico, Guatemala is the gateway into the United States.

US Ambassador Todd Robinson explains that “almost all migrants from the south going to the United States pass through” Guatemala, which presents severe problems: “migration, organized crime, and drugs.… Guatemala is and has been an important partner for the United States in the fight against some of these threats.”

Luis Arreaga, a career diplomat, has been the number two in International Narcotics and Law Enforcement since 2013 and is Trump’s nominee to replace Robinson. The incoming ambassador’s top priority will be counter narcotics, but his effectiveness will depend on how deeply he and the administration have examined Guatemala.

Superficially, Guatemala has cooperated with high-profile interdictions, extraditions, and indictments. It uses elite security forces — prosecutors, police, and the army — for counter-narcotics operations. The United States provides intelligence and guidance, and the Guatemalans act.

Whatever the merits of these initiatives, they are dwarfed by the lack of state presence in the countryside. Remnants of Fidel Castro-backed guerillas, who fought the Guatemalan government for decades, dominate these areas and for the last eight years have enjoyed impunity courtesy of the Obama administration. This absence of law promotes an increased flow of contraband into the United States.

When the State Department ended their counter-narcotics program in early 1996, the average poppy field was about half an acre. Today, poppy fields are larger, with some visible from roads.

Why did poppy growing return after being nearly eliminated?

Successive Guatemalan administrations reduced the size of the army and abandoned the rural areas after the 1996 peace accords. In 2009, the former insurgents received a boost when Barack Obama became president. His secretary of state, Hillary Clinton, had Ambassador Stephen McFarland illegally pressure Guatemala’s highest court to remove the attorney general, so that her progressive ally, Claudia Paz y Paz, could be appointed.

Many of Paz y Paz’s close relatives were guerrillas. That includes her father, a member of the Rebel Armed Forces that assassinated US Ambassador John Gordon Mein in 1968. With protection from prosecution by Paz y Paz, the successor guerrilla groups took over many rural areas.

Paz y Paz persecuted legitimate authorities and discouraged them from applying the law to the guerrilla descendants. At the end of her term, despite US pressure, including a call by Hillary Clinton to President Otto Pérez, Paz y Paz did not make the final list of candidates for reappointment.

The guerrilla faction had to find another way to control criminal prosecution. The Obama administration obtained $750 million from Congress for the Alliance for Prosperity aid program and used this leverage to extend the term of the UN-appointed Commission Against Impunity (CICIG). The State Department prevailed upon new Attorney General Thelma Aldana to continue the Paz y Paz policies.

The guerrilla successors now force rural inhabitants to participate in criminal activities, such as blocking roads and occupying and destroying private property, especially of large businesses. The violence and lack of opportunity cause people to flee.

US Ambassador Todd Robinson placed key allies of these groups in the three branches of government, notably the interior minister, who controls the police. Instead of enforcing the law, police engage in dialog when these groups commit flagrant crimes.

President Jimmy Morales’s claim of 92 gangs being dismantled in the last year is dubious and gives a false image of progress in the fight against organized crime. Just as under Paz y Paz, those figures are inflated and repeated by fake-news outlets and deep-state allies to mislead the public and high-level Trump administration officials.

A look beneath the surface reveals what the deep state and their fake-news companions want to hide, because it would weaken their agenda: a simple change in the Obama policy would significantly reduce the flow of illegal immigrants and drugs north.

The rural indigenous people long to be rescued from their oppressors. If the Trump administration were to insist that the Guatemalan government comply with Alliance for Prosperity obligations, the Morales administration could use its elite security forces to apply the law in the rural areas. Security and business opportunities would improve, and a grateful population would cooperate to identify foreigners and illegal activities in their areas.

The ambassador nominee needs these instructions. During confirmation hearings, the Senate Foreign Relations Committee should ask him why there is an absence of the state in Guatemala’s rural areas and its impact on illegal immigration and drug trafficking. He and the Trump administration have the opportunity to reverse Obama’s damage and stem the tide, while simultaneously helping Guatemala and the other countries of the region.