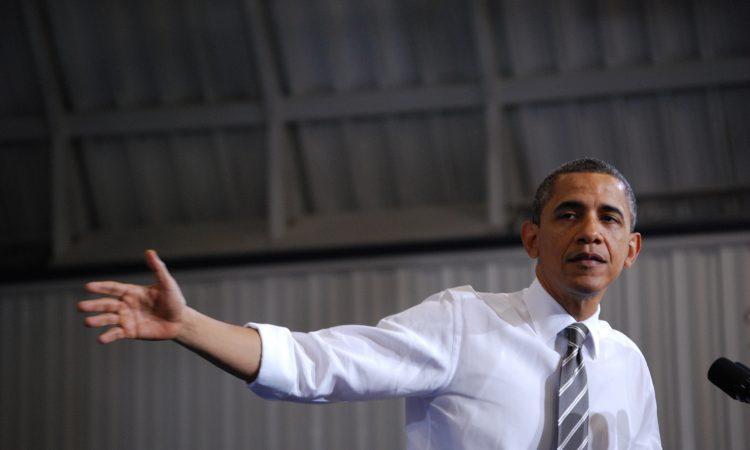 The foreign policy of the the Nobel Peace Prize winner has generated disorder and unforeseen consequences. (Daniel Borman)

President Obama’s foreign policy of appeasement won him a Nobel Peace Prize in 2009 for merely being elected. In the Middle East, it led to a frightful deal with Iran. In the Western Hemisphere it led to the embrace of anti-American dictators, such as the Castro regime in Cuba, cheered on by the United Nations.

Now President Trump is suffering the unfortunate harvest of what President Obama sowed.

Just as the Obama administration changed America’s longstanding Cuba policy, it embraced Castro-supported allies throughout Latin America, including in Guatemala. This has created chaos on Mexico’s southern border and allowed the likes of the violent MS-13 criminal gang to run riot, and opened the way for more illegal drugs to flow into the United States.

U.S. control of the skies and seas makes land the safest alternative to smuggle people and contraband from Central and South America into our country. Guatemala’s porous 595-mile border – the only southern land route to Mexico – has become an unlocked backdoor and a gateway to the U.S., thanks to organized crime and Mexican corruption.

President Obama’s embrace of Marxists in Guatemala has kept that backdoor wide open, and traffic is flowing, including the opioids that President Trump just declared are a public health emergency.

Navy Adm. Kurt Tidd of the U.S. Southern Command said in 2016 that transnational drug smuggling networks can also move people with known terrorist ties from the Middle East up through Central America and into the United States. A Southern Command spokesperson estimated in 2015 more than 30,000 people took that path from countries of terrorist concern.

Guatemala was the staging area for the 1961 Bay of Pigs invasion that tried but failed to overthrow Cuban dictator Fidel Castro. After that, Castro supported, trained, and armed guerrillas in Guatemala, subjecting the country to a conflict that ended with the 1996 peace accords. The guerrillas then morphed into nongovernmental organizations and political parties.

The guerrilla successors won the lottery with the 2008 election of President Obama, whose State Department helped place their allies in powerful government positions, especially in the judiciary. Their magistrates collaborate with the United Nations-created International Commission Against Impunity in Guatemala (CICIG), which was praised by liberal billionaire George Soros as a “potent potential model” for other countries.

The CICIG and the judiciary protect the Marxists from prosecution while targeting the opposition, including legitimate authorities, with false witnesses and phony charges.

I shudder to think how much of the $18 billion Soros has committed to his open-borders agenda is destined for Guatemala.

Guatemala’s rural areas, especially the border with Mexico, have little government presence. Protected by the Guatemalan judiciary – with the help of the U.S. State Department, the U.N. and Soros – the guerilla successors have made the region chaotically violent, forcing many residents to flee for their lives.

The U.N. high commissioner for refugees says that since 2008 there has been a nearly five-fold increase in Northern Triangle (El Salvador, Guatemala, Honduras) asylum-seekers coming to the United States, “a staggering indicator of the surging violence shaking the region.”

In fact, according to U.S. Customs and Border Protection: “In 2014, Central Americans apprehended on the southern border outnumbered Mexicans for the first time. In 2016, it happened again.”

President Trump has begun to reverse President Obama’s policies, and the United States now treats Cuba as the dictatorship it is. The Trump administration has sanctioned Venezuelan human-rights violators, overruling Undersecretary of State for Political Affairs Tom Shannon, an Obama holdover.

Aware of the turnaround, leftists in Guatemala are trying to consolidate their gains made under President Obama by, among other actions, attempting to remove Guatemalan President Jimmy Morales from office. They fear that if President Trump were to demand the rule of law be applied across Guatemala, Morales would agree. The Guatemalan president is a political novice but not a leftist.

The UNE Party is the agent of the push to remove Morales and illegally change Guatemala’s constitution. UNE members voted unanimously in Guatemala’s Congress against a resolution to condemn Venezuelan President Nicolas Maduro for illegally changing Venezuela’s constitution, which was the impetus for President Trump’s strong sanctions on that nation.

The Trump administration must look hard at Guatemala. Otherwise, those promoting the open-borders agenda – Obama holdovers like Shannon, their U.N. allies and Soros – will complete their subversion of the country that is vital to U.S. national security and public health.

The opportunity and the need to close the Guatemalan backdoor to the United States has never been greater. It cannot wait for our enemies to consolidate their gains. The time to act is now.