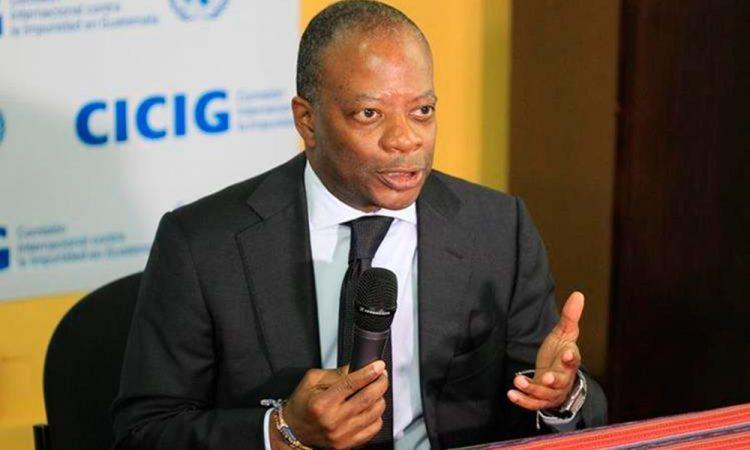 The State Department appointment of Todd Robinson, former ambassador to Guatemala (2014-2017), as senior advisor for Central American affairs is a devastating message. Those who reject the State Department’s agenda of imposing socialism on Guatemala, including Guatemalan President Jimmy Morales, are on notice that the sheriff is back.

As ambassador for both presidents, Obama and Trump, Robinson openly intervened in Guatemala’s internal affairs on behalf of anti-American totalitarians. He looked the other way at corruption as long as his allies were placed and kept in key positions from which they could execute their radical agenda.

Robinson’s allies protected armed groups that suppressed the poorest and most defenseless people in the country and persecuted legitimate authorities, especially in border areas. The result has been an increased flow of illegal migrants and drugs to the United States.

After Guatemala, Robinson’s like-minded State Department superiors appointed him chargés d’affaires at the embassy in Caracas. By not giving him another ambassador post, they avoided a Senate confirmation hearing that could have revealed Robinson’s and their transgressions.

Prior to the Venezuelan elections this year, the Trump administration condemned them as illegitimate. Robinson later stated, “Venezuelans will decide whether the elections are credible or not, and we will wait for the decision of the Venezuelans.” Senator Marco Rubio (R-FL) reacted, “There’s been no change in the policy of President Trump.… What could change is the head of the US embassy in Venezuela.”

Robinson immediately took advantage of his new post in an interview on the Nicaraguan crisis to address the press about the UN anti-impunity commission in Guatemala, the CICIG.

“Of course, the path for Guatemala is the fight against corruption, and the most important tool for this path is the collaboration of the attorney general, the international community, and the CICIG,” Robinson stated. Regarding recent reports, such as the hold Rubio placed in May on CICIG funds, Robinson stated, “There is no risk we will not continue supporting the CICIG.”

The CICIG has come under congressional scrutiny because of its illegal persecution of a Russian family. The State Department, as the CICIG’s most ardent supporter, has led the effort in Congress to suppress the truth about the CICIG. Robinson’s appointment to another post for Central America is the flip side of this: subdue the opposition in Guatemala.

Robinson’s recent interview, ostensibly about Nicaragua, is a clear message to Guatemalans. In essence, it says all who think that Donald Trump and Mike Pompeo will change the Obama policy, which includes the CICIG, are mistaken. Robinson is back and in charge. The Obama policy will continue under Trump and Pompeo, so stop lobbying and opposition efforts and get used to it—accept that the United States will snuff out your democracy.

In 2016, the papal nuncio (dean of foreign diplomats in Guatemala) criticized foreign intervention in the country’s internal affairs. The archbishop of Guatemala later stated, “This was directed at the US ambassador … I don’t know why he is interfering so much in Guatemalan politics. These are policies directly emanating from the US government.”

Robinson showed the same arrogance as ambassador as in his recent interview. He famously replied to a reporter who asked about the criticism from the nuncio and archbishop, “In the list of priorities, for me sovereignty is last … When people are dying of hunger, when hospitals are without medicine, when people don’t have electricity … water, I believe it’s interesting that people are talking about being offended by [my] words but not about people dying of hunger in this country.”

Armando de la Torre, a former dean of the seminary on Latin America for the Catholic Church in Rome told the Impunity Observer, “In 2000 years of western history, there has been no other institution that remotely compares to the Catholic Church in efforts to alleviate suffering and human pain. The statement of Obama’s ambassador is an insult to hundreds of millions of Catholics who try to help the least fortunate.”

Robinson’s insults and his open intervention, even possible criminal actions, are astounding for an ambassador. He thought it was his job to run Guatemala. It was certainly Robinson’s job to respect Guatemala’s sovereignty, which he violated.

The State Department can hide from the public and from Congress behind boilerplate language and subterfuge, but Guatemalans who care about liberty understand well who Robinson is. His appointment is a devastating message to President Morales and all Guatemalans who believe in freedom, which is why his like-minded superiors appointed him.

The local-media allies of Robinson, Velásquez, and Porras immediately and prominently highlighted the news of his appointment and his statement on the CICIG’s future. If the Trump administration and lawmakers actually care about increasing prosperity in Guatemala and Central America and decreasing the flow of illegal migrants and drugs, they should pay attention because the Obama policy has done the opposite, and it continues today. The Robinson appointment is another confirmation of this.