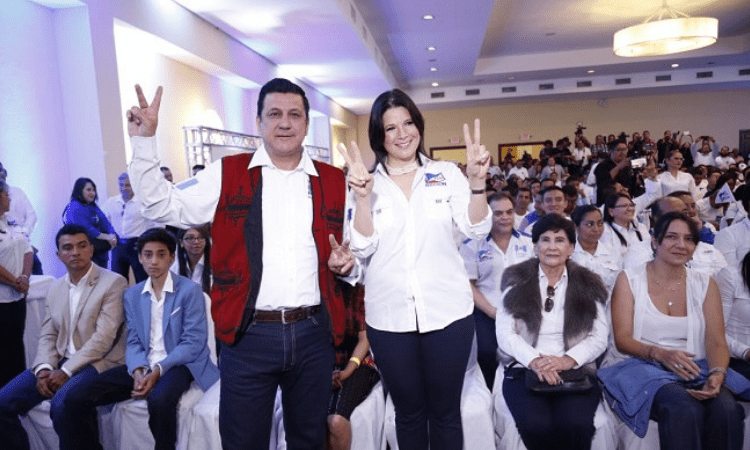 FCN's national presence defies belief that its candidate, Estuardo Galdámez, has been polling at or under 1 percent. (FCN)

The US embassy has corrupted the current general elections in Guatemala to favor the permanent State Department bureaucracy’s socialist ideology. I have exposed this in these pages since last August. The election is this Sunday, and their latest gambit of manipulation should be the last, unless they are able to alter the count.

Guatemalans tend to believe polls because polls in past elections have in general proved accurate. This time is different. The illegal 2018 agreement between the UN International Commission Against Impunity in Guatemala (CICIG) and the Supreme Electoral Tribunal (TSE) gave the two organizations de facto control of polls. The embassy cabal—the Constitutional Court (CC), TSE, corrupt mass media, and their collectivist allies—has permitted only polls that fit their strategy to steal executive power for their socialist agenda.

To make an informed decision, Guatemalans must be aware of this manipulation.

The embassy candidate is former guerrilla and ex-Vice President of Socialist International Sandra Torres, who seems likely to take first place. During the last few weeks, some polls have shown Alejandro Giammattei and Roberto Arzu as the next two candidates vying for second place. Guatemalans should ask why these two candidates. They have the most name recognition of the registered candidates, after Sandra Torres. Even so, we should not assume legitimate polls. They only appear there because the embassy and Torres permit them to appear.

The embassy would prefer a first-round Torres victory. If there is a runoff, the embassy wants another socialist to face Torres. Failing that, they would like someone the right will not unite behind for the runoff. In case Torres again loses the runoff, the embassy cabal would like to have an opponent to her who accepts the CICIG or is weak, corrupt, or ambitious enough for them to control. Since the embassy cabal dominates without regard for the law and intimidates whomever it thinks stands in its way, the polls reflect the thinking of the cabal, not reality.

The State Department attempted to control the 2015 election but had less power to do so than in 2019. Former Ambassador Todd Robinson worked against leading candidate Manuel Baldizón, who took third place. Robinson was aware of the strong anti-vote against his preferred candidate, Torres. Robinson successfully pressured candidate Jimmy Morales to accept the ambassador’s key minister appointments.

Once Morales acquiesced to the illegal intervention, Robinson let his candidacy proceed unimpeded. Many voters were seeking an alternative to Baldizón and Torres. Morales began to rise in the polls, which garnered him more support as the alternative. Guatemalans didn’t realize Robinson’s role and that he had more power than the president and would use it to impose a corrupt judicial dictatorship on Guatemala.

Robinson and CICIG Commissioner Iván Velásquez wanted to cancel the 2015 elections and name a group of “notables” to run the government while a constituent assembly drafted a new constitution. As part of this, the CICIG issued a report showing widespread corruption in politics, including the three largest parties then: PP, LIDER, and UNE. After failing to cancel the elections, the pair disbanded the PP and LIDER. The cabal left the UNE because they needed a figurehead through which they could control the Congress and take over in 2019.

With changes to the electoral law, Robinson and Velásquez reduced competition to the UNE. However, they have been unsuccessful in their underhanded efforts to defame and depose Jimmy Morales and cancel his party. His National Convergence Front (FCN) expanded and now has a presence in more than 200 of the 340 municipalities.

It defies belief that the FCN candidate, Estuardo Galdámez, has been polling at or under 1 percent. Meanwhile, photos and videos have circulated on social media of large FCN rallies in the interior of the country.

The embassy cabal has harassed and eliminated political opponents from government posts, including an attorney general, judges, and magistrates, with false charges of corruption and ties to narcotraffickers, organized crime, fraudulent adoptions, etc. The recent unsupported accusations along these lines by collectivist media outlets against Galdámez fit this pattern.

Another tactic the cabal uses to discredit its opponents and achieve its goals is bogus charges filed by the CICIG, which illegally continues operations. The obviously political and recent bogus Justice Ministry-CICIG charges against Galdámez, the media attacks, and the questionable failure to appear in some polls together suggest the cabal sees Galdámez as strong with voters and fears him.

Last week, other polls began to surface that contradicted earlier polls. It is not clear what is happening in this unusual situation. Regardless, Guatemalans must make a choice on June 16, and Torres is unlikely to win a majority in the first round. Guatemalans who want to avoid the darkness of socialism should make sure to vote on Sunday. A low turnout or a null vote helps the embassy cabal.

Voters should ignore polls, rumors, and opinions based on past elections. This election is like no other, thanks to State Department intervention.

Voters should ask themselves whether they are satisfied with the current state of affairs. If not, what caused them to be as they are and what must be done to permit the country to reach its great potential?

Then they should examine the candidates and ask themselves which they think has the knowledge, vision, character, experience, and ability to effect the necessary changes. Who can best confront the many challenges, especially from those who would deprive the country of its sovereignty and liberty?