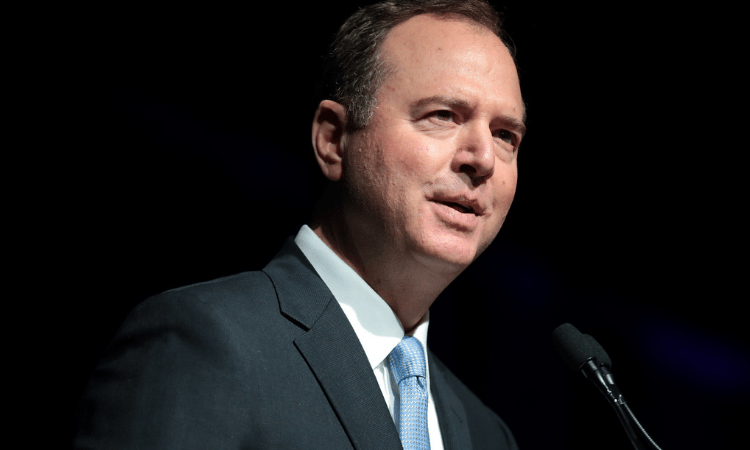 The Democrats’ impeachment inquiry is a perfect illustration of their modus operandi. Rules and procedures are one-sided, calculated for maximum promotion of a false narrative. A perfect piece of raw partisanship is House Intelligence Committee Chairman Adam Schiff (D-CA) interrupting and silencing Representative Elise Stefanik (R-NY); see the video.

In contrast to his predecessors in the Richard Nixon and Bill Clinton impeachment hearings, Schiff displays no awareness of due process, much less any regard for it. He has no visible concern about the public’s perception of fairness. He embodies the radicalization and intolerance that now pervade the Democratic Party.

Americans whose lives are imbued with the rule of law will struggle to imagine a radical assault on their liberty being successful. Those people need only look at what Democrat partisans and their allies have been doing in, and doing to, the Republic of Guatemala.

Latin-American nations are gardens of delight for political adventurers such as the Democrats. Those nations have traditions of liberty far weaker than that of the United States, and media even more rotten than ours. Democrats’ behavior in Latin America is exquisitely revealing because they act without fetters, and they think no one is watching.

In announcing the verdict on Ríos Montt, Judge Barrios saluted the courtroom spectators with an expression of joy and then permitted the jeers and catcalls of the crowd to be directed against the 88-year-old defendant for 45 minutes. Those who witnessed the event rightly compared it to trials staged in totalitarian societies.

In another case, Barrios treated a defendant in the manner of Adam Schiff. The similarity is striking enough to call Schiff the Barrios of the US Congress, or to say that Barrios is the Adam Schiff of Guatemala.

This case, which broke forth in 2018, unusually attracted the attention of US media and then of Congress, because it exposed the machinations of Vladimir Putin and the Russian state in Central America.

The Bitkovs, a Russian family, had fled Vladimir Putin’s regime to Guatemala and had paid $150,000 for identity documents which turned out to be fraudulent. The Bitkovs were prosecuted for fraud by Guatemala’s Justice Ministry, taking orders from the CICIG—the notorious “international commission against impunity,” which by 2018 was exercising a major portion of state power in Guatemala.

The CICIG, much of whose power lay in its invisibility, was suddenly seen to be acting as an agent of the Putin regime. Since the CICIG was an arm of the US embassy, this event uniquely brought into focus an “unholy alliance” between the Department of State and the Putin regime, hosted by the hapless Guatemalans.

In human terms, it was impossible not to be sympathetic to the Bitkov family and their plight. However, the Guatemalan court directed by Judge Barrios—the local Adam Schiff—had no part of those sympathies. When Irina Bitkova pleaded with the court to let her speak, Barrios silenced her just as Schiff had silenced his younger colleague Stefanik.

Bitkova insisted that her persecution in Russia and her flight from home were relevant to her defense. Barrios rudely interrupted Bitkova and told her to sit down. Bitkova never got to speak on her own behalf. See the video.

The Bitkovs were found guilty and given unusually harsh prison terms in a thoroughly corrupt process: 19 years for Igor, the father, and 14 years for Irina and her daughter. The Guatemalan officials who had given the Bitkovs and many others their false documents were protected by the CICIG and the US embassy.

The Wall Street Journal and National Review wrote compelling accounts of the case. The US Helsinki Commission, including 18 members of Congress, held a hearing about it. The hearing established the Bitkovs had been victims of human traffickers, and it exposed the CICIG’s control over Guatemala’s Justice Ministry and judges.

In January 2019, Guatemalan President Jimmy Morales expelled the CICIG from the country, although elements continue abroad as a shadow of their former selves. Guatemala’s Congress has also tried to hold hearings to investigate the CICIG but has been thwarted by the high court.

Meanwhile, the US embassy continues to work for Guatemala’s socialists and America’s Democrats. Judge Barrios remains an appendage of the US Democratic Party. The Democrats in Congress, and socialist defendants in Guatemala, know they can count on her.

As with Barrios, so it goes with Democrats and permanent State Department bureaucrats. The amorality they have shown in Guatemala is now on full display in their attacks on President Donald Trump.

Fellow Americans, arise and walk. If we reward the Democrats with power, they will make of the United States what they have rehearsed in Guatemala.

Steve Hecht contributed to this article.