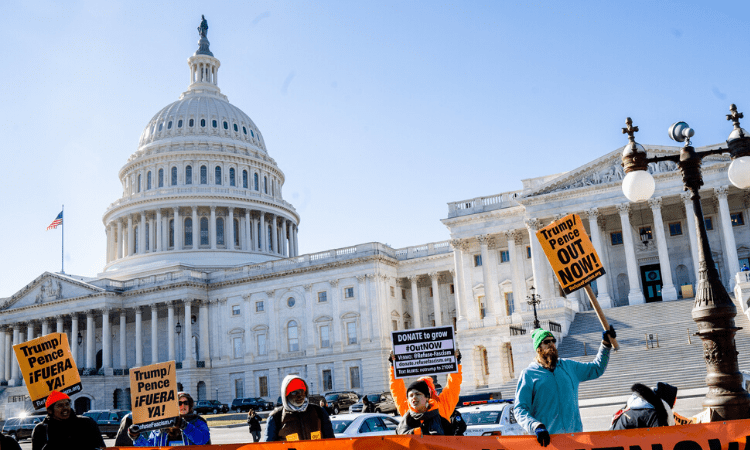 Democrats don’t have fact, law, the Constitution, or principles on their side in impeachment. However, they are winning this battle, because Republicans fail to understand the war.

Republican arguments make sense to people who follow Capitol Hill proceedings—except the type that believes, despite clear evidence to the contrary, President Donald Trump is a racist or anti-Semite.

The average person is unlikely to pay close attention to the process or the legal arguments. However, House Manager Adam Schiff (D-CA) has a simple question that could resonate broadly: if the president is not guilty, why would Republicans not hold a full trial?

Valid arguments to the contrary, which are more complicated, get lost in the public-relations war for the minds of the people in the middle, where elections are won or lost. House Democrats understood this from the beginning. They planned on making Schiff’s argument, betting Republicans would fall into their trap by being logical and traditional.

Schiff has shown he is a consummate performer. He knows how to accuse Republicans of lying and diverting attention because he is the master of both. Schiff demands fairness and a search for the truth by the Senate after Democrats’ unconstitutional, un-American impeachment inquiry denied the president due process.

Many of Schiff’s detractors view this as hypocrisy. It is not.

Truth for Schiff is whatever furthers his agenda. He can appear knowledgeable and sincere while taking apparently contradictory positions because he is amoral. Fidel Castro said inside the revolution, everything; outside, nothing. Castro and Schiff share this mindset.

Pelosi chose Schiff to lead the impeachment inquiry and the House managers because, devoid of shame, he makes a persuasive case from a weak case. Any Republican caught lying as often as Schiff would be banished from representing the party. Democrats take the opposite tack because they act to win at any cost. They care not for fairness, truth, or anything else, only for their political power. Trump’s successful pro-America policies are anathema to their globalism and socialism.

Democrats are bluffing about calling witnesses. They know it would be reciprocal and that a full trial would expose them for the amoral scoundrels they are. There is a way around this that would save vulnerable Republican senators in swing states from difficult votes, deprive Democrats and their media of their false narrative, and expose them for what they are.

Trump can offer a deal to Democrats. It would waive executive privilege for his close aides to take questions specifically related to the accusation he, for his own political gain, withheld aid to Ukraine to pressure them to investigate the Bidens. Executive privilege would apply to all other questions.

The offer would be contingent upon Trump also being able to call witnesses regarding events in Ukraine. Contrary to absurd Democrat claims, Ukraine is relevant to Trump’s defense.

Trump raised the issue of the Bidens in his call to the Ukraine president. The impeachment accusation claims it was to benefit himself in the election this year. Trump has a right to show this was not his motivation, given compelling evidence of corruption in Ukraine, including by the Bidens and State Department personnel. This is his duty as president.

The corruption goes much beyond the Bidens. The State Department and US embassy in Kiev wanted to protect certain Ukrainians they claimed worked with them on anti-corruption efforts. Two of them were mentioned by a Ukrainian court as having intervened in the US 2016 election.

Americans don’t get a chance to see their permanent State Department bureaucrats in action. Most of the media favors them, and the rest of the media doesn’t think their betrayal of the duly elected president merits coverage.

Joe Biden offers the self-serving claim that European allies also wanted to get rid of a prosecutor he had fired by corrupt means—namely via the threat to cancel US aid. The prosecutor just happened to be the one investigating the company that hired Biden’s son for its board of directors. The same European allies protect criminals who promote the globalist agenda in Guatemala.

A trial in the Senate pursuant to the deal proposed here would uncover deep corruption by the Obama administration, including its State Department and involvement in helping Clinton and opposing Trump in the 2016 election. The Durham investigation should lead to this, but it will take time and would not finish if a Democrat were to become president next year.

A deal for reciprocity on witnesses would exonerate Trump and expose the whole Democrat machine: their lawmakers, their media, and their bureaucratic allies. So Democrats would reject it. That would liberate Republican senators in swing states by showing the Democrats’ duplicity. The offer provides Republicans with a surefire way out of the trap that the Democrats have set for them.