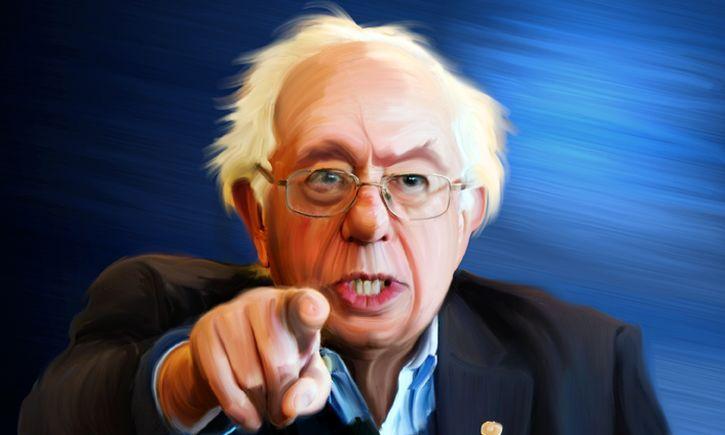 This article first appeared in the Daily Caller

Independent Vermont Sen. Bernie Sanders’ impressive victory in Nevada’s Democratic Party caucus gives the self-declared socialist significant momentum for the nomination. The Democrat establishment’s problem with Sanders is not that he is a socialist but that he affirms it.

​As the Democrat presidential contenders again showed Tuesday in their Charleston, South Carolina, debate, the “moderate” Democrat has become a fiction. In Nevada’s seven-person race, Bernie won nearly half the votes — more than double the tally for Joe Biden, the runner-up. The Democratic Party has become socialist.

In an interview on 60 Minutes, Sanders was asked whether Democrats have moved closer to him. He responded, “In many ways, they have, and the ideas that seemed radical four years ago are now kind of mainstream.”

That is true, and it is terrifying.

Contrary to Democrat spin, present-day socialism does not require the state to take possession of private property. Through regulation, today’s large, intrusive centralized government can render property useless to its owner. All Democrat candidates, including Michael Bloomberg, as his New York City record shows, favor an intrusive government.

Complaining about the “grotesque level of wealth and income-distribution inequality,” Sanders told Bloomberg in the Nevada Democratic debate: “It wasn’t you who made all that money … it’s important [workers] share the benefits.” When Bloomberg identified that as communism, an enraged Sanders shouted it’s “democratic socialism … that’s a cheap shot.”

​By contrast, our society is based on natural rights — life, liberty and property, which precede government and always take priority. The assembled people make a grant of coercive power to their government in exchange for security. Taxes pay for the security that benefits every citizen. This is in stark contrast to redistribution, which ultimately harms everyone.

When the government intrudes and redistributes wealth, production suffers. Beyond a certain level of intrusion and redistribution, the economy stagnates and contracts. As socialism fails, its proponents’ solution is even greater government power — more of the problem. The entire society descends into tyranny.

Sanders had trouble appreciating this fact in his 60 Minutes interview: “We’re very opposed to the authoritarian nature of Cuba, but you know, it’s unfair to simply say everything is bad.… When Fidel Castro came into office, you know what he did? He had a massive literacy program. Is that a bad thing, even though Fidel Castro did it?”

As long as Sanders brought it up, here is what Castro did in 1959. His first act in power was to give away a tremendous amount of stolen property to the Cuban people. He redistributed land, much of it taken from wealthy people. He cut rents, telephone rates, admission to sporting events — you name it.

For a short time, ordinary Cubans felt rich and loved their new ruler. However, the economy stagnated. Three years later, Castro had to institute the ration book, although he called it a temporary measure. Today, more than six decades later, that same temporary measure is still in force, and so is the tyranny that delivered it.

Like Castro, Hugo Chávez in Venezuela and Daniel Ortega in Nicaragua promised free everything and delivered repression and destitution. Democrats ignore the evidence and blame anything but socialism while continuing to support socialism elsewhere.

Communists no longer try to take power through force; rather, they penetrate a society from within. They create division — identity politics splits society into groups of victims and oppressors. The totalitarians’ first target is the judiciary and criminal prosecution — lawfare. With the ability to declare what is legal and what is not, they can take over the rest of the government.

As with domestic politics, socialist regimes look for like-minded partners abroad. Despite Palestinian terrorism and autocracy, Sanders and the Democrats have put the Palestinian Arabs on the pedestal of their identity politics — Arabs are always victims and Israel always the oppressor. The Democrat embrace of totalitarianism and their rigid anti-Israel stance also lead them to embrace Israel’s worst enemy and one of America’s worst — Iran.

Next week, the American Israel Public Affairs Committee (AIPAC) will be convening in Washington, DC. AIPAC is a normal must-show for presidential candidates of both parties. Sanders, however, tweeted this week, “I remain concerned about the platform AIPAC provides for leaders who express bigotry and oppose basic Palestinian rights. For that reason, I will not attend their conference.”

Only months away from the November ballot, we are in a confrontation between ​nothing less than tyranny and liberty. As in Cuba, ​the so-called free health care and education promised by Democrats are not really free. They will​ cost us our liberty. If elected, Sanders will see to it.