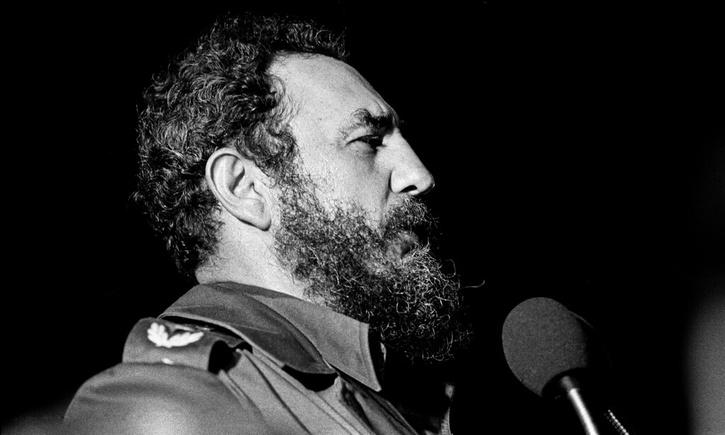 If you think the Democrats are disgracing themselves these days, wait until you see their misbehavior in Latin America. Unfortunately, almost no one among the Democrats’ opponents—including Trump administration officials—can be bothered to pay attention.

Let’s begin at the top. The Democrats have spent the last three years trying to destroy Donald Trump’s presidency. One of the loudest voices calling for Trump’s head has been that of Joe Biden.

Funny that; in 2014 and 2015, Vice President Biden made three trips to Guatemala during which he, acting for Barack Obama, instructed Guatemala’s president to retain the services of a United Nations international commission called the CICIG. The CICIG was a singular, anomalous, and sinister structure designed to work in, and against, only one country.

Contrary to all law and logic, the CICIG—a darling of radicals including Obama and Hillary Clinton—had developed into Guatemala’s real ruler. The country’s elected leader, President Otto Pérez, and many others thought it might be time for the CICIG to cease its operations. Biden thought otherwise, and he was holding the stick, namely the US aid package.

Pérez later told US reporters he had pleaded with Biden to make no public statements about the CICIG. Even so, in full disregard of the president’s wishes, Biden told a press conference: “The CICIG is staying, period!”

In 2015, under the duress of the United States, Pérez granted the CICIG a new term in Guatemala. Four months later, the CICIG deposed Pérez and placed him in prison, pending trial on charges of corruption.

Today, more than four years later, the former Guatemalan president remains in jail without having been convicted. Meanwhile, Biden is running for president and agitating for Trump’s demise.

Something is fishy in the Democratic States of America.

El Salvador’s popular president—Nayib Bukele, an independent politician—recently landed himself in hot water when he brought the armed forces into the legislature, with whom the president has had an ongoing disagreement. The soldiers did not stay for long, and the judiciary issued orders that should prevent a recurrence, but it was a stupid move that immediately raised the ire of Bukele’s enemies on the radical side.

A typical comment came from US Representative Jim McGovern (D-MA), one of the Democratic Party’s leaders in Congress, who condemned Bukele on Twitter: “A foundation of democracy is respect for the separation of powers.”

However, McGovern had an opposite view last year in neighboring Guatemala, when he called for the country’s Constitutional Court to cancel a presidential order. Earlier, in full concert with international law and with his own constitutional powers, then President Jimmy Morales defied a powerful group of opponents and ordered the CICIG out of the country. McGovern called on the court to violate the separation of powers, annul the president’s order, and let the CICIG continue.

The present high court in Guatemala, whose authority McGovern wanted to invoke, was illegally formed in 2016 by Obama’s State Department and by the CICIG itself. Among other things, the court upholds the continued presence of irregular military forces throughout Guatemala’s countryside, where the illegal militias impose a communist-style tyranny on the inhabitants.

The ironic result of these policies, which the US embassy actively supports, is to create more misery and poverty in Guatemala and to throw masses of people into the rivers of migration that have been flooding the United States.

The man who now presides over the US embassy in Guatemala, Luis Arreaga, pretends to be the emissary of Trump but is actually the ambassador of the US Democratic Party. Last year, the embassy fed false information to the White House during Trump’s negotiations with Guatemala over an asylum treaty. Fortunately, Trump’s bulldog nature prevailed over the misinformation and found a conclusion that served US interests.

In this ongoing situation, however, the US embassy in Guatemala and all of its tendrils are instinctively acting against US security. Thanks are owed to the Democratic Party.

What is really going on here?

Fidel Castro—whose thinking US Democrats employ—put it succinctly: “inside the revolution, everything; outside the revolution, nothing.” In word and in deed, Democrats show their friends can say and do anything, just because they are friends. As for those who are not friends, they do not deserve the air they breathe.

Among those friends are the Guatemalan socialists, the CICIG, the Constitutional Court, the extralegal militias, the phony US ambassador, and so on. Non-friends of the Democrats include Morales, Bukele, the duly constituted armed forces, and the ordinary, hard-working people of both countries.

Of course, the biggest non-friend of all is the freely elected, highly popular president of the United States.