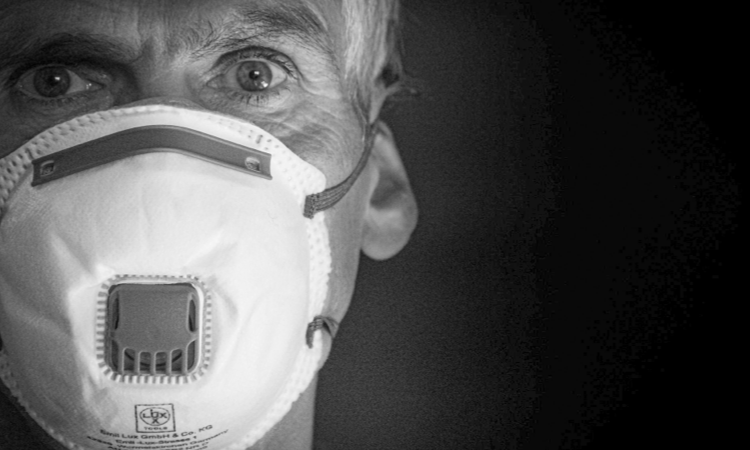 Coronavirus is much less threatening than the virus of socialism. (rottonara)

A chilling example of identity politics—the Democratic Party’s socialist collectivism—occurred in New York City as the coronavirus began to spread. It’s a preview of how the country will look if Democrats regain political power: people dying for political correctness.

Health Commissioner Oxiris Bardot tweeted on February 2, “I want to assure New Yorkers that there is no reason for anyone to change their holiday plans, avoid the subway, or certain parts of the city because of #coronavirus … this is about a virus, not a group of people. There is NO excuse for anyone to discriminate or stigmatize people of Asian heritage.”

A week later, she declared, “Today our city is celebrating the Lunar New Year parade in Chinatown, a beautiful cultural tradition with a rich history in our city. I want to remind everyone to enjoy the parade and not change any plans due to misinformation spreading about coronavirus.”

Responding to criticism of Bardot, Mayor Bill de Blasio spokeswoman Freddi Goldstein stated, “Dr. Barbot has been expertly leading us through this crisis since Day 1 and there is absolutely no one more qualified to do so.”

Thomas Frieden is a former New York City health commissioner (2002-2009) and former director of the Center for Disease Control and Prevention (2009-2017). Frieden told the New York Times that if the city “had adopted widespread social-distancing measures a week or two earlier, including closing schools, stores, and restaurants, then the estimated death toll from the outbreak might have been reduced by 50 to 80 percent.”

Discrimination is never justified, but identifying illnesses by their geographic origin is common and not discriminatory toward the people of those locations. The difference now is identity-politics practitioners place their ideology above science and common sense, and this has caused avoidable loss of life. Now is the time for a thorough debate about identity politics.

All men are created equal according to the Declaration of Independence. The Constitution holds that “No person shall be … deprived of life, liberty, or property, without due process of law.” There are no distinctions whatsoever. Slavery was a contradiction, but these principles are what led to its demise.

Martin Luther King Jr. famously dreamt about a day when people would not be judged by the color of their skin but by the content of their character. Some try to relate this to social conditions or politics, but it’s really an aspirational goal for individuals, which we should extend to all arbitrary characteristics, such as ethnicity, religion, and nationality. The coronavirus makes this abundantly clear.

Practitioners of identity politics disagree. They think every victim group must stand for itself because nobody else will. This dark view favors collectivism and is inimical to individual liberty.

To protect people from perceived insults and discrimination, collectivists favor abridging freedoms and due process. They sacrifice the presumption of innocence and the right to due process—the very foundation of the United States—in favor of the “collective good.” This explains Democrats’ and their media partners’ denial of due process to Judge Brett Kavanaugh in his confirmation hearings for the Supreme Court.

Any time a white police officer takes action against a black person it’s racism, regardless of facts or law. In the mind of the collectivist, due process only shields the guilty party. This explains Democrats’ and their media partners’ reactions to Michael Brown and other similar cases.

For victim groups to exist, there must be oppressors: racists, homophobes, xenophobes, religious zealots, etc. Identity politics is a path to socialism, which is amoral and does whatever is necessary to take and keep power. Religion is based on individual principles and is an obstacle to socialism. This explains Democrats’ and their media partners’ reaction to Mike Lindell’s recent comments at the White House.

Lindell, the founder and owner of a successful company, along with other private-sector leaders helping to fight the coronavirus received invitations from President Donald Trump to the White House. Lindell converted 75 percent of his company’s capacity to make masks. After his remarks, Lindell, a recovered crack addict, talked about the Bible. Democrats and their media partners called Lindell’s personal comments, of which Trump immediately said he had no prior knowledge, a government imposition of religion.

Postmodernism is broad skepticism, subjectivism, or moral relativism; a general suspicion of reason; and an acute sensitivity to the role of ideology in asserting and maintaining political and economic power. Identity politics fits perfectly into this, as demonstrated by New York City Democrats.

Democrats and their media partners are no longer simply people with different opinions from their political opponents. They have become inflexible ideologues rejecting facts and evidence, attempting to impose their socialist vision on the rest of us. The 2020 elections are critical to liberty. Coronavirus is much less threatening than the virus of socialism.