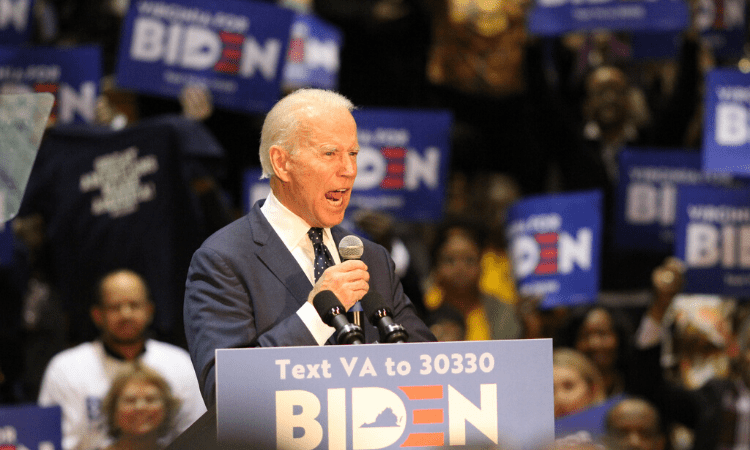 As Floridians pay more attention and realize Biden is a socialist, numbers will change in Trump’s favor. (NSPA & ACP)

As Floridians pay more attention and realize Biden is a socialist, these numbers will change in Trump’s favor. In his belated endorsement last week, former President Barack Obama called Biden’s platform “the most progressive platform of any major party nominee in history.”

That is as true as it is terrifying. Biden’s policies are substantially the same as self-proclaimed democratic socialist Bernie Sanders on redistribution of wealth, climate change, open borders, identity politics, raising taxes, and ever larger and intrusive government. The difference is Biden rejects the socialist label while embracing its policies.

In a 60 Minutes interview, Sanders was asked whether Democrats have moved closer to him. He responded, “In many ways, they have, and the ideas that seemed radical four years ago are now kind of mainstream.”

Hispanic Floridians understand socialism’s siren song and the disastrous consequences of the policies Democrats now pursue. In the 1960s, Fidel Castro created and financed the “America Department” to spread Marxism across Latin America, wreaking havoc throughout the region with effects rippling today. Many Hispanics are in Florida because they fled the chaos of Castro’s warped ideology, and they will strongly resist its replication in the United States.

With Trump’s economic record through the beginning of this year, Democrats had little hope for the 2020 election. The coronavirus has given them and their allies hope and opportunity. Democrats and their media partners understand the Electoral College math and attack Governor Ron DeSantis and Trump with claims they are mishandling the pandemic. They distort and fabricate information and always give the most anti-Trump interpretation possible.

From his perch in Washington, DC, last week, CNN hit man Editor-at-Large Chris Cillizza joined Florida’s progressive media to attack DeSantis. Floridians should recall Cillizza, like Biden and the Chinese Communist Party, called Trump racist and xenophobic for saving American lives in January by blocking entry to people who had been to China.

Attacking with false narratives on the coronavirus is all the Democrats have because their true agenda of socialism will not sell in Florida. The national election should come down to the Democratic Party’s full embrace of socialism. Florida is the right place to confront the collectivists.

I am an American who has lived in Guatemala for more than 40 years. I have seen firsthand guerrillas trained and financed by Castro morph into political parties that control rural areas of the country. This has facilitated illegal migrants and drugs from Latin America to easily flow north through Guatemala, the only land route into Mexico, and ultimately to the United States.

Guatemala is the unlocked backdoor into the United States. The Democratic Party keeps the door open by working with socialists Castro promoted here and across the region. Last year, House Speaker Nancy Pelosi led a Democrat delegation to Guatemala three days before the presidential runoff. It was a shameful display of support for the guerrilla and socialist candidate who lost anyway.

Biden visited Guatemala three times as vice president to prop up a corrupt UN commission that overtly supported socialists working against the rule of law. With Biden’s and Pelosi’s help, a socialist presidential candidate has made the final runoff in the last two consecutive elections.

As an American, I strongly oppose representatives of our government fomenting chaos in Latin America by building upon the foundation laid by Castro. The election this fall must stop the socialist movement here and in the United States, and Florida is the beachhead.

In a speech in Florida in November 2019, Trump said, “to those who would try to impose the horrors of socialism on our country, I say again tonight, America will never be a socialist country, ever.” The Latino community in Florida understands the false promises of free everything and equality of outcome that Biden and Democrats make. They know the destitution and tyranny that followed the same promises from Castro, Hugo Chávez, and Daniel Ortega in Cuba, Venezuela, and Nicaragua. As socialist Joe gets exposed, Floridians familiar with the inevitable outcomes of his collectivist agenda will reject him.