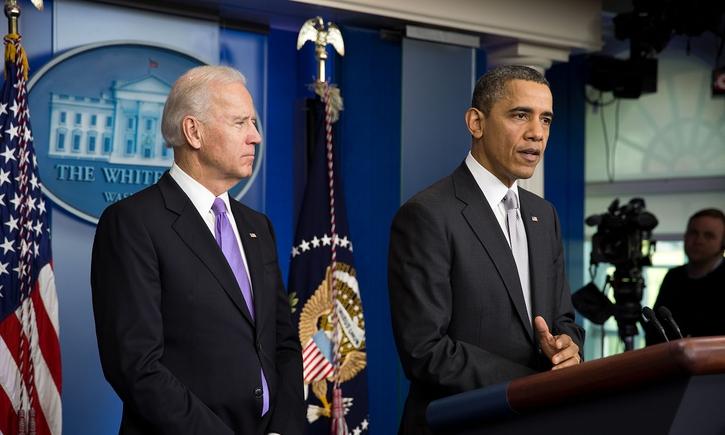 Joe Biden’s pledge to return to his former boss Barack Obama’s foreign policy is a cut against President Donald Trump’s efforts to stop the flow of illegal drugs into the United States.

Early in April, Trump announced a 22-nation partnership to toughen counter-narcotics operations in this hemisphere. The announcement followed the Justice Department’sindictment of Venezuelan President Nicolás Maduro and a large ring of associates, including FARC leaders, for smuggling massive quantities of cocaine into the United States every year.

Cuba’s regime is supervising Maduro, Venezuela, the FARC, and the narcoterror bosses. Fidel Castro’s successors are the bosses of today’s Venezuelan state. They supply the know-how of the drug-smuggling operation, and they run the politics of the narcoterror alliance.

Along comes Joe Biden who says the United States should restore the Obama policy that stipulates friendship with Cuba. Biden recently told CBS4 News in Miami that working with Cuba “strengthens the United States’ hand throughout Latin America and the Caribbean.”

CBS4 anchor Jim DeFede asked Biden why the United States should reward Cuba for propping up a regime like Maduro’s. Biden snapped back: “There is no reason why we cannot still sanction [the Cuban regime], but failing to recognize them at all is a different thing than sanctioning them.”

Besides being rude, Biden’s answer got it all wrong. Trump’s policy is to be tough on the Cubans while also recognizing them. It is the kind of chew-gum-and-walk operation that Biden would struggle to manage, and he is obviously not considering it.

The Obama-Biden policy was to kiss up to the Cubans. Under Obama, the United States poured money into the desperate, cash-starved Castro regime while getting nothing in return. As Obama’s kindnesses to Havana mounted, the Cubans stepped up their persecution of dissidents and their all-round nasty behavior.

Nowadays, Biden is cozying up to Florida audiences by presenting himself as a compassionate reformer who wants to strengthen the middle class and ensure access to education. It is hard to reconcile those positions with the open-border, anti-law-enforcement policies that Biden favors.

And it gets worse.

Biden has already spent years creating misery and working against US interests in Central America. He has done so with a contemptuous disregard for the legitimate interests of local populations. He has also trampled on the rule of law in a region where honoring the law would uphold a vital US security interest.

As it happens, the Maduro drug ring—which Trump has been working against—depends on a land route through Central America to move its deadly produce into the United States. While US military might has largely closed off the sea routes to the drug cartels, a broad path to smugglers remains open through the centrally located nation of Guatemala.

Most Guatemalans would like to see an end to the pernicious drug traffic, but their country has a grave problem. The rural areas are governed by heavily armed gangs that are direct descendants of the groups that fought as Castro’s agents. Since 2010, guerrilla sympathizers have run the country’s judicial branch.

For eight years, Obama energetically supported the Fidel groups in Guatemala. Biden was the leading henchman of that policy. A President Biden would only exacerbate this pro-Castro reality in Central America—with deadly consequences for Americans.

As recent news from Washington has shown, Trump and his administration have been under assault by a powerful cabal that was born inside the Obama presidency. Biden has tried denying his presence in the cabal, but when questioned closely he acknowledges it.

Despite sabotage from within his own government, Trump has managed to realize many successes as president. The people of Florida, for their part, well know that the road to a better society does not run through an alliance with Castro’s successors. But a Fidelista president is exactly what we will get if Biden wins Florida and other swing states in 2020.

In a speech to Floridians last November, Trump said: “The Democratic Party wants open borders, which is a betrayal of every mother and father who wants deadly drugs to be kept out of their community.”

Trump is fighting for those parents by trying to stop the flow of drugs into the United States. Many Floridians have lived in countries that Castro undermined. They will recognize Biden’s real nature and will work with their fellow Floridians to punish him in November.