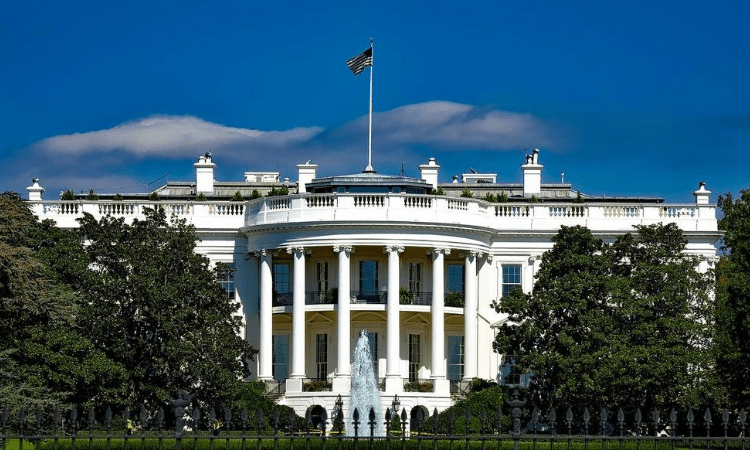 Polls show Joe Biden leading President Donald Trump in the 2020 US election. Challengers to incumbents normally lead before the nominating conventions. After that, until election day, voters focus on the issues important to them, and the race tightens.

The contrast between Trump and Biden will become clear. Many elements favor Trump.

What to Make of Polls

Both campaigns know which states they are sure to win. They concentrate on states that could go either way. Florida, Michigan, Wisconsin, Pennsylvania, Ohio. and Arizona went for Trump in 2016; Colorado, Nevada, Minnesota, and New Hampshire went for Clinton. National polls are meaningless.

Biden leads in swing-state polls, but these results are misleading. About 33 percent of voters in 2016 were Democrats, but most polls sample 42–44 percent Democrats, which means a bias against Trump.

The Democrat establishment, Republican never-Trumpers, and globalist economic elites desperately want Trump defeated. Add most media and celebrities to the list. They create an appearance of Trump’s inevitable defeat in an attempt to suppress turnout for him.

This did not work in 2016, and it will not work now. Many Trump voters do not truthfully answer polls because of socialist aggressiveness and violence. The Trump campaign and more objective news sources inform their audiences of the biased polls.

Democrat news sources pretend polls are accurate. They hide the truth from their audiences—describing riots as peaceful demonstrations. They spread propaganda—branding Trump as a racist.

Lacking enthusiasm for Biden and believing polls, Biden voters might stay home, as did Clinton voters in 2016. In contrast, understanding the danger of electing Democrats and repulsed by their policies and positions, Trump voters vehemently support him and will come out to vote.

Trump won about 8 percent of the black vote in 2016. His policies—opportunity zones, sentencing reform, long-term funding for black colleges, school choice—have unequivocally helped blacks. Trump has done more for them than Obama. Many prominent blacks are making this known, including some Democrats. Most vulnerable to crime, blacks want more police, not less. Trump will get a much larger percentage of the black vote than in 2016.

Covid-19: Bump in the Road for Economy

Trump’s management of Covid-19 has been excellent, but the media constantly attack him with distortions and false narratives. Trump has been countering, and virus-related news should improve in the next few months. Voters will increasingly perceive Democrats as rooting for the worst, putting politics over health.

Biden laughably claims he could handle Covid-19 better than Trump. Even Democrats understand Biden’s incapacity to serve as president because of diminished cognitive ability. They cornered themselves, and now Democrats are seeking a way for Biden to avoid debating Trump. They know Trump would expose him, but not debating would also be costly to Biden’s chances.

Advertisements favoring Trump will be more effective than usual because they will provide information the Democrat media have been hiding from their audiences. By law, the media cannot refuse to run political ads in the time slots a campaign chooses. Trump’s campaign and the political action committees favoring him will expose Biden. Unlike Democrats, Republicans only need to show the record.

The economy has never been as strong as during Trump’s tenure. Employment was at an all-time high and unemployment at an all-time low before Covid-19 forced an economic shutdown. The economic rebound since has exceeded everyone’s expectations. Parts of the stock market have reached all-time highs, and others are close to their pre-Covid-19 levels. Investors believe the economic boom under Trump will continue.

Biden would be disastrous for the economy. Just the socialist Green New Deal by itself would stop growth and provoke recession. Biden cannot win without Bernie Sanders supporters, which pulls him to the left and explains choosing Alexandria Ocasio-Cortez (AOC), a self-declared socialist, as an advisor. Biden, AOC, and Sanders would end fracking. By itself, that should assure Trump wins key swing states such as Pennsylvania, Ohio, and Michigan, which combined have more than 700,000 shale workers.

New taxes for the Green New Deal and universal health care would be game over. Ditto for the Democrats’ stated position of universal health care for migrants who enter the country without documents or permission. Democrats believe they can create their own utopia without constraint. Sensible Americans understand we cannot have everything we want, and attempting it would lead to disaster.

Security is the chief function of government in any society. Democrat calls to defund the police and their unwillingness to curtail riots have proved their danger to our security. As with everything else, Democrats rely on their media partners to hide the truth, but Americans can see the truth with their own eyes.

Democrat mayors and governors coddle Antifa and Black Lives Matter criminals, which incites even more crime. Democrat prosecutors protect criminals and pursue law-abiding citizens, such as the St. Louis couple charged with a crime for showing trespassers their legally owned weapons. Biden and Democrats want to confiscate guns. There are more weapons than people in the United States. Its people will not surrender their protection.

Biden’s media partners want us to believe things will return to normal if he’s elected. The opposite is true. Emboldened criminals and prosecutors will continue what they are doing and spread it throughout the country. Trump’s condemnation of the riots and proactive application of federal law—in contrast to Democrats placating criminals—show he and Republicans represent law and order.

Biden’s campaign and media partners portray him as a good person and Trump as evil and odious. Trump’s campaign will show Biden is a corrupt and deceitful bully, for which there is plenty of video evidence. This will make the election about policy instead of personality. Then Trump should, and most likely will, win comfortably in the Electoral College.