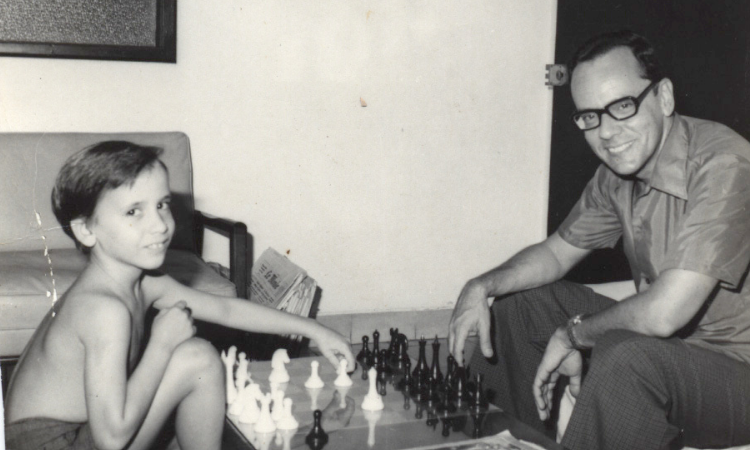 1970s. The people who made Cuba’s socialist revolution, Adolfo and his friends prominent among them, thought in terms of power, not rights. They embraced the communist idea of class war, of one group in society against another. Such a war would go on until all memories, all echoes, all traces of the other side had been destroyed.

It was not a war across recognized boundaries. It was a war that raged inside society, inside a neighborhood, inside the family house. It became a war of one bedroom against another – even, at times, a war between people who slept in the same bed.

Finally it was a war inside each person. People were estranged not only from each other but also from themselves. And so the generations of Cubans would henceforth be made.

Cuba’s leaders had pronounced Adolfo Rivero a counterrevolutionary. Adolfo despised that judgment but did not resist its consequences. Even as an outcast, he held so strongly to the idea of the revolution that he accepted its most vital claim: its power and therefore its right to make a mess of his life.

Eleven years went by before someone shattered Adolfo’s idea that he must live as an outcast. How had it happened? Who had broken the back of his defeatism?

Had it been his father, the one he loved most in this world? No, el viejo had died in Miami in 1975 bereft of his home and sons, whom he had not seen during his final fifteen years.

Had it been his elder brother, the puffed-up personality who had loomed over his life for so long and who even now, from the distant reaches of Castro’s prisons, continued to exercise a hold on him? No, it had not been Emi either. Much as Adolfo had come to admire his brother, Emi was still a specter to him, not quite a living being.

How about Marisa? Not likely. While she and Adolfo had found an accommodation, she was still married to the revolution. They could live in the same house and they could share a son, but they were not playing for the same team.

Surely then it must have been his buddies, the intellectual cream of the young communists. They had gone together through the big events; they had known the revolution inside out. Like Adolfo, those fervid young people had been disgorged by the beast and had come to experience the revolution from outside in.

They got together on weekend afternoons for a bottle of rum and a chat about the things they knew best. More than any others they were Adolfo’s people, the ones who had strength and meaning with him. If anyone had been able to change his mind, it must have been his buddies. Mustn’t it?

No, had it not been his buddies either.

Late in 1978 the American government under President Jimmy Carter began a process to reinstate its ties to Cuba, broken some 17 years before. As a consequence Castro decided for the first time in all those years to allow visits from the Cuban migrant community in the United States.

One of the first to get a visa was Adolfo’s mom. After the family’s separation, the wrenching disputes, Emi’s capture and imprisonment, his own disgrace and demission, and finally the death of el viejo, this impending visit by his mother filled Adolfo with dread.

January 1979. Adolfo met his vieja in the lobby of her hotel, the Habana Libre – the old Hilton. Despite her years and life she was still young and beautiful, while he felt green and timid as a boy. Alejandro, his own seven-year-old boy, was with him.

As they stood on her terrace in a lovely winter breeze – Adolfo’s favorite weather, grey and gusty – la vieja turned to him and said: “How long are you going to let them kick you in the pants?”

There and then his intention took shape. Soon after la vieja’s visit, Adolfo picked himself up from his secure, unhappy life and raised his face to the unknown. He went to his inner sanctum and typed out a note in which he asked the authorities for a visa – the right to leave the country.