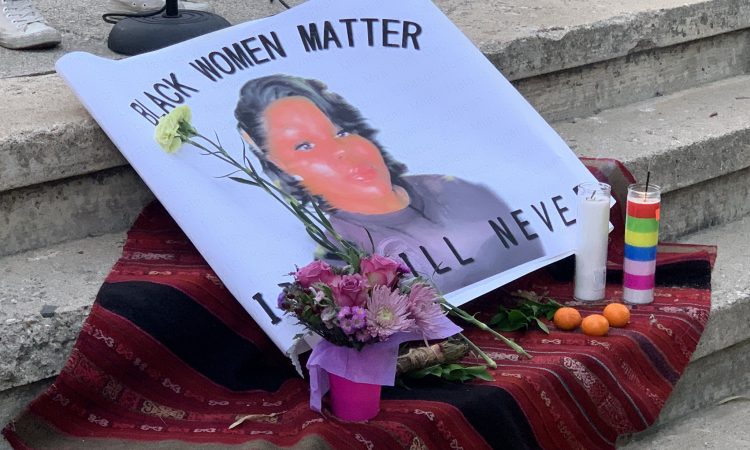 Facts prevent criminal charges from being filed in the death of Breonna Taylor. (Simón Ríos)

We stand amid a textbook Marxist assault on the United States. Democrats’ and media reactions to the Breonna Taylor case are testaments.

As President Donald Trump recently told veterans of the Bay of Pigs operation, “We did not fight tyranny abroad only to let Marxists destroy our beloved country.”

Contrary to derision from Democrats and their media partners, Trump is correct about the threat.

Following the Fidel Castro, Weather Underground, and Saul Alinsky playbook, Black Lives Matter (BLM) radicals allege racism whenever a black person is harmed or killed by a white police officer. The BLM solution is to defund the police, which rejects good-faith efforts to improve policing.

That’s because conflict, chaos, and fear are conditions that BLM and its allies believe will lead to Democrat victories in the November elections.

As Trump said to Joe Biden during the presidential debate: “We believe in law and order. You don’t.”

The Truth About Taylor’s Death

Kentucky Attorney General Daniel Cameron has explained the grand jury’s findings in the Taylor case. The police officers executed a warrant that they had no involvement in obtaining. Advised by superiors, the officers knocked at the door of the address on the warrant and announced they were there to serve the warrant. An independent witness corroborated this.

With no answer from the residence, the officers breached the door. The first to enter observed a man and a woman standing side by side. As Cameron noted, the man was “holding a gun, arms extended in a shooting stance.” The officer “saw the man’s gun fire, heard a ‘boom,’ and immediately knew he was shot as a result of feeling heat in his upper thigh.”

He and the other officer, then inside the house, returned fire, killing Taylor.

The bullet that wounded the officer came from the gun of the man in the apartment, who later admitted to having fired first. Cameron said the use of force by the officers “was justified to protect themselves. This justification bars us from pursuing criminal charges in Miss Breonna Taylor’s death.”

The officers reacted reasonably and instantaneously, returning fire within the law—unfortunately with a tragic ending. They didn’t kill Taylor because of her race, as Democrats and segments of the media have contended for political reasons.

Socialist Sen. Bernie Sanders (I-Vt.), indispensable to Biden’s campaign, wrote in a tweet: “This result is a disgrace and an abdication of justice. Our criminal justice system is racist.”

On the evening of Cameron’s announcement, a man shot two police officers, and 127 people were arrested in Louisville during rioting. However, CNN National Correspondent Brynn Gingras reported the next day: “Primarily, these protests so far have been peaceful.” The family and the protesters, Gingras continued, “haven’t gotten answers, and they feel like they’ve also just been robbed of justice.”

At no point in her reporting did Gingras mention Taylor’s boyfriend firing first on the officers.

On Joy Reid’s show on MSNBC, BLM co-founder Alicia Garza compared Cameron, who is black, to 1960s Alabama politician “Bull” Connor, an ardent segregationist. Reid wrote on Twitter that Cameron is “in thrall to a white supremacist president” and the decision was that “Black Lives Don’t Matter.”

CNN anchor Brianna Keillar has challenged the judgment of the Kentucky attorney general who said “mob justice is not justice.” She seemed upset because Trump said a Biden win would be a mob win.

That article contains a tweet by sports personality and radio host Ashley Nicole: “I know Charles Barkley did NOT just say on national television … ‘we can’t forget [Breonna Taylor’s] boyfriend did fire at a cop first.’ Please tell me I heard that wrong.”

Nicole heard right. She heard the truth. She and activists savaged Barkley because they object to the truth reaching their target audience. Barkley’s comments weaken the false media narrative and incitement against police, authority, and the U.S. Constitution, which is the Marxist takedown strategy.

Other Democrat media have failed to correctly portray the events. Their agenda of defeating Trump is more important to them than the truth and the harm that results from their reporting.

Nobody knew the facts when Taylor was killed. The Marxist movement, as it always does when a black person is harmed or killed by white police, alleged racism. Facts, the presumption of innocence, and due process—the foundation of our country—were irrelevant.

The radical movement is trapped and exposed by its agenda and tactics. A conscientious state attorney general, with FBI help, and a grand jury have acted according to law. They have provided us with the facts, which the fake-news media have hidden from their audiences.

The Marxist conquest strategy depends on demonization of the enemy. Admitting error risks exposing the nature of their assault, so they press on and hope the public, especially their unknowing supporters, don’t catch on.

Trump has caught on. We should all pay attention.