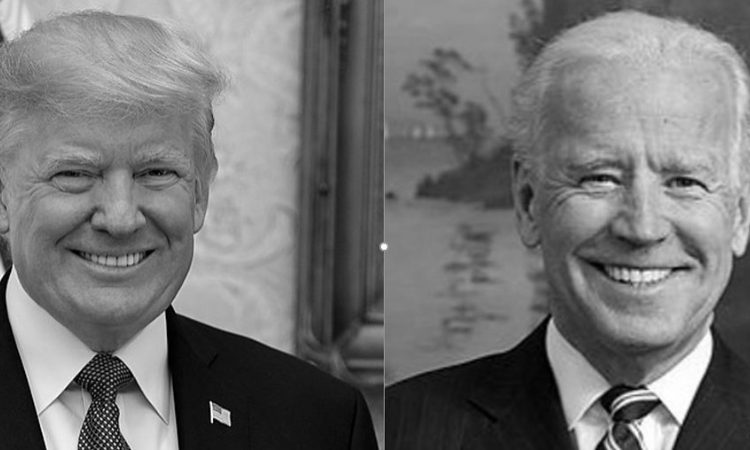 Voter perceptions of the future decide presidential elections. The choice has never been as clear as it is now: a Biden–Harris administration would have generational and radical consequences for our judiciary, liberties, economy, and foreign policy.

Sen. Kamala Harris’s smirks, lies, and glib lines in her debate with Vice President Mike Pence did nothing to diminish these concerns.

If voters deliver a Biden–Harris win, they will likely also vote in a Democrat Senate and House.

After the death of Justice Ruth Bader Ginsburg, Senate Minority Leader Chuck Schumer (D-N.Y.), standing next to freshman Congresswoman Alexandria Ocasio-Cortez (AOC) (D-N.Y.) in New York City, made an overt threat. If granted a majority, Democrats could eliminate the filibuster and pack the Supreme Court: “Everything is on the table.”

Joe Biden refused in the presidential debate to answer a direct question about packing the Supreme Court. He claimed he didn’t want to answer the question because, “If I were to say yes or no to that, that becomes a big issue.” Now, Biden says he will answer the day after the election. Addressing big issues is precisely the point of campaigns and especially the debates.

Democrats would, without a doubt, pack the Supreme Court as a way to impose their agenda and persecute their political enemies. That means a court packed with activist jurists like Washington, D.C. Judge Emmet Sullivan. He flouted Supreme Court precedent by not agreeing to the Justice Department’s motion to dismiss the case against Gen. Michael Flynn.

With a majority of justices like Sullivan on the Supreme Court and Democrat control of Congress and the presidency, we would have a self-perpetuating one-party state. This would destroy our constitutional republic.

The Obama–Biden administration increased polarization during their tenure, opposing police and promoting organizers such as the self-proclaimed Marxist leaders of Black Lives Matter (BLM). This set the stage for the violence we have seen since the end of May. With Democrat control of criminal prosecution and a political Supreme Court, the anarchy we have seen in Seattle, Portland, and other cities will spread throughout the country.

“I always am going to interpret these protests as an essential component of evolution in our country,” said Harris. “I actually believe Black Lives Matter has been the most significant agent for change within the criminal-justice system.”

With no check on their power, the Biden–Harris team would curtail our liberties contained in the Bill of Rights. We would lose press and religious freedoms and due process as well as the Second Amendment.

Biden has tasked Beto O’Rourke to lead their gun-confiscation efforts. “You’re going to take care of the gun problem with me. You’re going to be the one who leads this effort,” Biden said to O’Rourke at a rally.

Biden and Harris are supporting rioters while simultaneously arguing to reimagine—read: do away with—police and disarm law-abiding citizens.

The Biden–Harris platform spells $4 trillion in new taxes over a decade. Coupled with higher regulatory burdens, that would end any economic recovery coming out of COVID-19. Biden, Harris, and Sen. Bernie Sanders (I-Vt.) have formed six task forces to draft the plan to “use taxes as a tool to address extreme concentrations of income and wealth inequality.”

Biden deceptively claimed in the debate he didn’t favor the Green New Deal nor universal health care. Yet both policies are right there in his platform, and Harris will also ensure they happen. She co-sponsored the Green New Deal with AOC and is an ardent advocate for socialized medicine. Given Biden’s cognitive decline, Harris is already preparing to take his place.

Biden denies being a socialist, but his platform and team, including Harris, are socialist through and through.

Biden and Harris would end tariffs on China and return to the Iran nuclear deal.

China competes unfairly through subsidized companies and espionage. Its goal is to surpass us, which it can’t achieve if we remain strong and force them to compete fairly. Trump is doing this. Biden has shown he will abandon the pro-America policy.

Iran is close to having a nuclear weapon. Barack Obama and Biden facilitated it. A nuclear-armed Iran would make us choose between a lesser role in a more dangerous world or going to war. Trump is aware of the specter and ready to put a halt to it.

In our hemisphere, Biden and Obama bailed out the Cuban dictatorship by providing it with desperately needed hard currency. Biden has said he would return to that policy.

Cuba engages in subversion throughout Latin America to prevent development that would provide a compelling alternative to its communism. Biden fomented chaos in the region, which facilitated flows of illegal drugs and migrants to the United States.

Biden–Harris would decriminalize entering the country without documents. Under their rule, economic migrants would receive government services, such as health care. Millions would come. Knowing their worse economy and abuse of power would lead to electoral defeat, Democrats would enable these new immigrants and illegals already here to vote.

During our history—except in the Civil War 1864 election—we have always had the opportunity to correct mistakes in the next election. That no longer applies.

Democrats offer arbitrary, centralized power that would deprive us of our liberty and prosperity. Trump offers empowerments so people can become prosperous under the Constitution and American values and traditions.