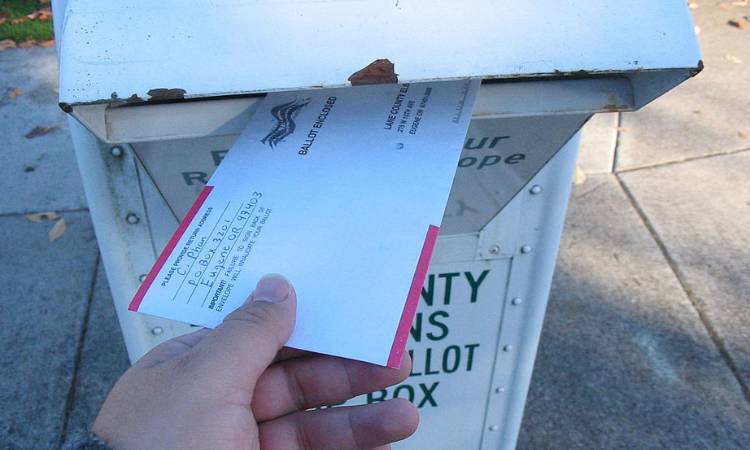 Democrats, their media partners, and their violent wing are following Castro’s takeover strategy: demonize the target and create chaos. Their immediate objective is the defeat of President Donald Trump, for which they feel justified in committing electoral fraud.

Black Lives Matter (BLM) leaders are self-described “trained Marxists.” Among their stated goals are defunding the police and defeating Trump. Praising Castro after his death, BLM proclaimed “We aspire to build a world rooted in a vision of freedom and the peace that only comes with justice.” This explains the “no justice, no peace” slogan they chant to justify their violence aimed at overthrowing our system.

Hillary Clinton’s and former President Barack Obama’s inspiration Saul Alinsky explained the organizer’s view of free elections in his signature 1971 work  Rules for Radicals: “If we’ve got everything so set that we are going to win, then it’s a free election.”

Using Covid-19 as a pretext, Democrats are mailing out millions of unsolicited ballots. People can vote safely in person and through absentee ballots, which are more secure because they must be solicited and can only be used by the particular voter. Unsolicited ballots go to people on unpurged voter lists who have died or moved, and they are subject to massive fraud.

Prefacing a question at the Amy Barrett confirmation hearing, Senator Lindsey Graham (R-SC) said “One of the reasons we don’t have an agreement with the House [on Covid-19 relief] is in their $2.2 trillion package, they’re mandating ballot harvesting as a national policy. I think it’s ripe for fraud.” Graham is more correct than he can imagine.

After the fall of the Soviet Union, Castro formed the Sao Paulo Forum, which changed communist strategy in Latin America from promoting armed overthrow to internal subversion. The first step is taking over criminal prosecution and the judiciary. The subversives use this power to control other institutions, including electoral authorities.

As vice president, Biden’s demonstrated corruption coincides with the subversion strategy. Acting as Obama’s point man in Ukraine and Guatemala, he leveraged US aid to obtain his desired result.

New evidence confirms Biden corruptly had the Ukrainian prosecutor general fired to help his son Hunter. Biden has previously denied having any knowledge of Hunter’s business affairs, but we just learned the vice president had a meeting, arranged by Hunter, with a Burisma executive in Washington, DC. Biden subsequently threatened to withhold US aid from Ukraine unless the prosecutor general who was investigating Burisma was fired.

Biden led the effort to take over Guatemala’s criminal prosecution and judiciary. Biden’s prosecutors and judges protected the successors to the Castro-supported guerrillas. They also co-opted the electoral authority, which did not apply the law to the embassy’s favored candidates and simply eliminated candidates they opposed in Guatemala’s 2019 elections.

Authorities received more than 2000 complaints about irregularities. The computer totals differed from official documents. The electoral authority refused to examine the original ballots, and the high court confirmed their act, completing a fraud for Biden’s favored parties.

The windfall for Democrats from unsolicited mail-in ballots could be sufficient for Biden to win, but it is no guarantee. If Democrats were to control the presidency and Congress, they would do everything possible to assure they would not lose future elections, including packing the Supreme Court.

Democrats accuse Trump and Republicans of packing the court by putting Amy Barrett on it instead of letting the winner of the election nominate the next justice. This is a mere ruse to attempt to justify Democrat court packing should they win the election. Biden evades taking a position on it because his socialist base would abandon him if he committed to not packing the court, while people in the middle would reject him if he committed to it.

If given power, Democrats would pack the Supreme Court with political judges, who would do worse than legislate from the bench. To protect their allies, Democrat justices would violate the Constitution and the laws. They would do the same to persecute their enemies and impose their policies, just as Biden’s high-court magistrates have done in Guatemala.

We are in the midst of Castro’s Sao Paulo strategy being executed in the United States, and court packing is part of it.

Democrats would immediately begin packing the court upon taking power. They would lose the opportunity if they were defeated in the 2022 midterm elections. The new Democrat Supreme Court would be prepared to validate electoral fraud, just as Biden’s high court did in Guatemala. We would become a one-party state, the objective of Castro’s strategy.

We must see through the elitist establishment, socialist smokescreen, and planned violence and chaos. Trump needs a large enough victory to overcome the inevitable Democrat fraud. Our liberty depends on it.