Trump Reelection Rests on Facts versus Fiction
Skip to content 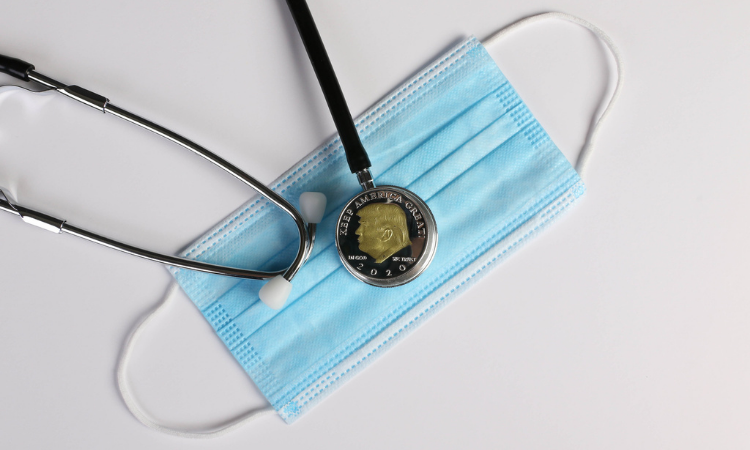 Reassuring the country and avoiding panic, Trump worked hard to contain and learn about the CCP virus. (Marco Verch)

If voters pay attention to facts, President Donald Trump will win re-election. If they succumb to spin, he will lose.

A cabal of financial elites and socialist allies falsely contend Trump callously caused deaths because he did not take Covid-19 seriously. The cabal includes the media and tech-giant thought police. Facebook, for example, has at least six Chinese nationals enforcing the progressive narrative by censoring “hate speech.”

The Chinese Communist Party (CCP) stopped Covid-19 from spreading domestically while assuring it spread abroad. Understanding the threat, Trump banned US entry on January 31 for people who had been in China.

Meanwhile, Trump was hard at work. Reassuring the country and avoiding panic, he formed a multi-disciplinary task force and facilitated what was necessary to contain and learn about the CCP virus.

Anthony Fauci, director of the National Institute of Allergy and Infectious Diseases, told Mark Levin, “The coordinated response [to Covid-19] has been … impressive … all hands on deck … I can’t imagine under any circumstances that anybody could be doing more.”

Fauci objected to the use of his public statement in a political ad and tried to clarify that he had referred to federal public-health officials. However, they and he are part of the executive branch led by the president.

The fact is there is no completely effective prevention. Common sense tells us we must adjust to the new virus as we have to others. If we are to be upset at someone, it should be the CCP.

CCP criticism of Trump—characterizing him as racist for protecting the nation—matches that of Biden’s cabal. CCP and Democrat interests have converged.

The media pushes Americans to judge Trump on what they relentlessly portray as a grating personality. Biden and his allies portray him as good old Uncle Joe and a return to normalcy. However, in addition to his well-documented corruption, Biden has shown contempt for anyone who challenges him.

During the Democrat primary, Biden threatened to take a retired Iowa farmer outside to fight after he had the audacity to ask a question about Hunter Biden’s overseas business dealings. Such a challenge is absurd coming from a 77-year-old man and repugnant considering Biden was flanked by his Secret Service detail.

Biden has used Covid-19 to hide the fact he has cognitive problems. His media allies and the Presidential Debate Commission are complicit in the distraction.

If Biden were to win, Harris would likely be president in less than one year. Besides her amorality, Harris has demonstrated a personality that makes Trump’s seem mild. This became clear in her questioning in the Senate of Ronald Vitelli, Trump’s nominee to head ICE, and judges Brett Kavanaugh and Amy Barrett.

Trump must pierce the cabal’s smokescreen and compel voters to examine substance. The presidential debate is that chance.

Trump beats Biden on domestic policy because of his undeniable successes on many fronts. Trump has increased economic activity through tax and regulation cuts. More of this in a second term would produce more positive results.

Biden’s tax and regulation increases alone would reverse Trump’s successes, creating a recession or worse. The Green New Deal, federal universal medical care, and open borders in the Democrat platform would be even more destructive.

Trump beats Biden on foreign policy. Trump’s reciprocal trade deals have brought manufacturing back to the United States and reduced our trade deficit. Trump would continue this. Having sold out to the CCP when he was vice president, Biden would bend to the globalists, again exporting American jobs and sacrificing our prosperity.

The owners of the mainstream media—AT&T (CNN), Comcast (NBC), Viacom (CBS), Disney (ABC), and Amazon’s Jeff Bezos (Washington Post)—are demonizing Trump by promoting lies and hiding the truth, principally because of their interest in China. They and their friends at Google, Twitter, Facebook, and others on Wall Street act as shills for the CCP to gain short-term profits at the expense of their and our long-term liberty and prosperity.