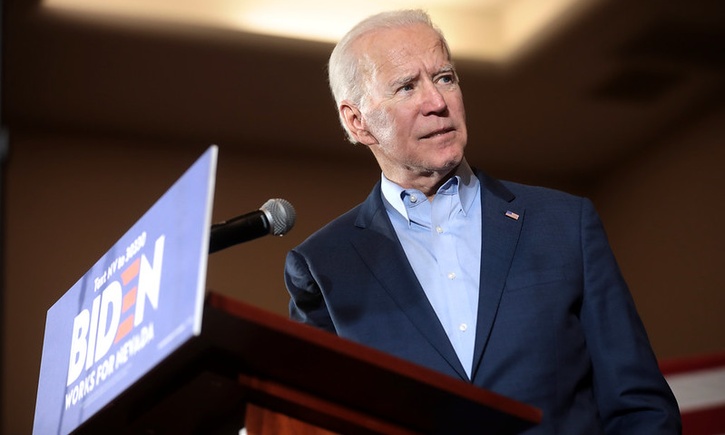 Fans are rejecting the sports' politicization by the League. (Pikist)

Joe Biden read from a teleprompter for 24 minutes yesterday in Broward County, with “Battle for the Soul of the Nation” on the podium. A vote for him and Kamala Harris would apparently “show the world who we really are.”

Floridians and all Americans need to recognize the pair as the radicals they are, right in line with their party. Their electoral victory would show that the United States is not what she once was.

Their sympathies for radicals are there for all to see. Biden referred to “disturbances”—riots—as part of a “season of protest.” In his opening remarks, he described himself as a Philadelphia 76ers fan, but there was not a word regarding this week’s violence in the city of brotherly love.

Biden, Democrats, and their media partners pretended violent riots were peaceful protests until bad polls led to a hollow about-face. The Black Lives Matter mission statement includes defeating Trump. That is why the violence harming Biden subsided, at least until this week’s breakout.

Biden’s cabal want us to believe his election would ease tensions and end the violence. The truth is abandoning law enforcement, as Biden and his socialist base are wont to do, would embolden vandals and increase violence.

All national police organizations—representing more than 900,000 police officers, including the Florida Police Benevolent Association—have endorsed Trump. Biden’s law-enforcement related endorsements are from mostly retired individuals and only a few who are active. The prosecutor in Portland, Oregon, and the Seattle mayor—who refused to protect their citizens and coddled rioters—have endorsed Biden.

In the days leading up to and post-election day, the left will unleash their violent wing to intimidate us. Stores across the country are already boarding up in large cities in fear of riots.

All You Can Pack

Biden has refused to answer whether he would increase the number of Supreme Court justices, and we heard nothing about it in this speech.

There is no doubt; a Biden-Harris administration with a Democrat-controlled Congress would lead to court-packing. This would change the number of justices for the first time since 1869, eliminate judicial independence, and give Democrats dominance of US government at all levels.

Representative Alexandria-Ocasio Cortez tweeted this week that Democrats have lacked “stones” to stand up to Republicans. She demanded court-packing.

That was directed at Chuck Schumer, who is up for reelection in 2022. AOC scares elected Democrats because they know she can support progressive primary challengers and defeat incumbents—just as she defeated Joe Crowley. AOC this spring propped up a middle-school principal who defeated Elliot Engel, a 16-term member of congress and chairman of the House Foreign Affairs Committee.

Democrats would be certain to end the Senate filibuster and pack the Court. Even if he disagrees, Biden is too weak to resist.

An independent judiciary is our defense against corrupt prosecutors. Socialists routinely target the judiciary along with criminal prosecution, as many in South Florida know. This was the reason they or their families fled Cuba, Venezuela, and Nicaragua. With the executive and judiciary, and a compliant Congress, a socialist one-party state would become reality.

Biden says he would “shut down” the COVID-19 virus. In reality, his proposed national-mask mandate would stifle the economy right when we are recovering and when we can least afford it. However, when all you have is a hammer, everything looks like a nail, and the hammer is centralized power in his hands.

COVID-19 dishonesty and hysteria is all Biden has to offer Floridians. Yet even that received a swift and overwhelming rebuttal from Trump.

At his rally yesterday in Tampa in which he spoke for 90 minutes, Trump played clips of Democrat governors praising his COVID-19 support. With the Democrats’ own words, Trump dispelled the notion he was soft on COVID-19.

However, the fake-news media, in partnership with big tech, continue to hide the truth. Voters need to see through the misinformation. His handlers and media and partners have protected him so that he does not have to answer hard questions.

On a Knife Edge

The political persecution of enemies subservient to executive power is a hallmark of dictatorship. It is also the Democrat vision for the United States.

If Biden-Harris win, freedom of speech and religion and the right to have and bear arms are at risk. The rallies made even clearer our choice: lose our freedoms with Biden-Harris or stand with Trump and defend our constitutional rights.