Georgia Is Only Path for Constitution’s Survival
Skip to content 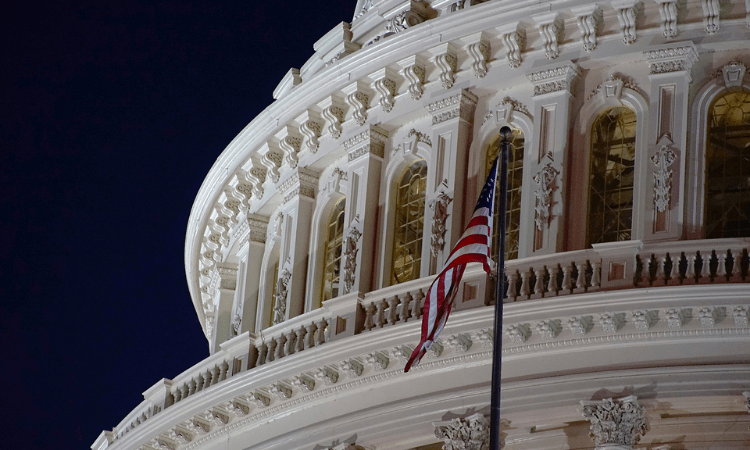 A Democrat-controlled Senate would quickly end the filibuster and pack the Supreme Court. (John Brighenti)

The Supreme Court’s refusal to hear the Texas electoral lawsuit has all but ended our constitutional system and condemned the United States to totalitarianism. Succumbing to fraud by Pennsylvania, Georgia, Wisconsin, and Michigan has established it as the norm.

The Republican senatorial candidates in Georgia are now the last stand against one-party domination by socialists at the federal level.

The presidential election was not between Donald Trump and Joe Biden nor even Republicans and Democrats. It was between two systems: a constitutional republic based on the consent of the governed versus collectivism managed by elites for their own benefit.

Until 2017, both Republican and Democrat figureheads represented globalism and catered to crony capitalists. They have enjoyed excess profits created by Chinese labor exploitation and unbalanced trade that favors China at U.S. expense.

Google, Twitter, and Facebook staked their future on defeating Trump. Their censorship included the New York Post report about Joe and Hunter Biden’s alleged corruption. The big-tech companies openly violate their federal liability protection based on being neutral platforms.

Socialists became accustomed to power under Barack Obama and violated the law not to relinquish it. They have done whatever was necessary, regardless of law, to get it back.

Federal bureaucrats naturally want more power and have resisted Trump throughout his tenure. Now the FBI and Justice Department have shown no interest in investigating electoral fraud.

The alliance partners feared a second Trump term would be disastrous for them. They knew Trump would win a fair election, so they conspired to fix it. Democrats, accustomed to committing fraud in large cities they control, have been proposing changes to make it easier to fix elections. COVID-19 gave them the excuse.

There is overwhelming evidence of fraud in the defendant states. The heart of the Texas suit was that states unconstitutionally changed electoral procedures. What they did is in the public record. There are also statistical virtual impossibilities that indicate fraud. The Texas suit cited some of these, made possible by unconstitutional electoral changes.

The perpetrators also knew their unconstitutional changes to election procedures were obvious. They counted on their information warfare to intimidate others, including electoral authorities, into viewing Biden’s victory as a fait accompli. Tech giants censored evidence of fraud, and legacy media pretended it was not there.

Biden and comrades have successfully intimidated liberty’s last line of defense: the Supreme Court. From some defendants’ responses, corrupt information warfare was all they had. Pennsylvania’s attorney general said the suit’s objective was to “anoint Texas’s preferred candidate” and that Texas cannot dictate how four other states run their elections.

Texas alleged the defendant states had violated the U.S. Constitution, and Texas offered compelling evidence. That was legal reasoning. The attorney general’s response was not.

Georgian authorities have taken no steps to correct their violations of state law. The Supreme Court ruling against Texas tells Georgia it is free to continue its fraudulent ways. A Democrat-controlled Senate would quickly end the filibuster and, with the Democrat House and White House, pack the Supreme Court.

The new justices would be political actors. The five originalist justices currently on the court would find their new colleagues not even pretending to rule in good faith. They would make political rulings regardless of the Constitution.

Trump’s economic success has rebuked the socialist naysayers, who are now back in the Oval Office. A Biden administration all but guarantees a downturn for U.S. workers, which means Democrats cannot win another free election.

To banish the America-first policy and remain out of jail, the collectivist alliance will not peacefully relinquish power again. The only hope for any chance of saving our Constitution from totalitarians is for Republicans to prevail in Georgia on Jan. 5 and keep their Senate majority.