CNN Is Mouthpiece for Cuban Dictatorship
Skip to content 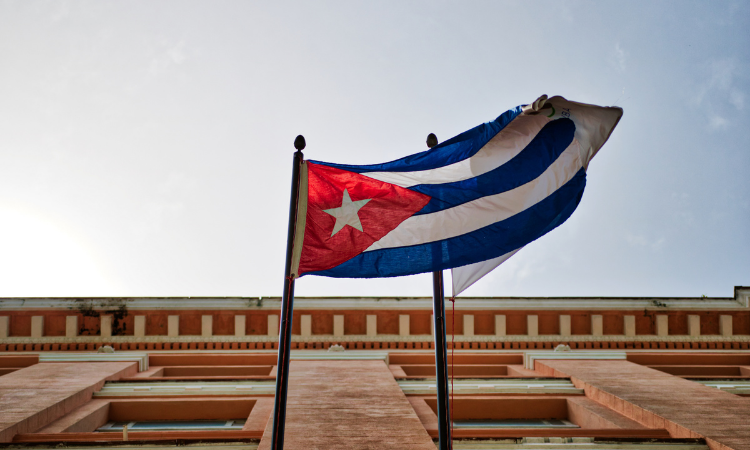 Project Veritas recordings of CNN executives have confirmed President Donald Trump’s characterization of the network as fake news. CNN en Español Managing Director Cynthia Hudson’s comments have also affirmed the network is ideologically anti-American, on the side of the communist regime in Cuba.

During one of the recorded meetings, Hudson said the only reason Cubans in Miami support Trump is because of his rhetoric linking Democrats and Joe Biden to communism. Unwilling to recognize Biden’s ideology, Hudson turned the blame and said Cubans are “very attracted to bullies,” as though Trump fits the description.

Her racist statement is a projection of herself onto her enemies. She is continuing CNN’s long history of falling for one of the world’s worst bullies: the Cuban regime.

CNN reported from Havana during the Elian Gonzalez case in 2000. The then five-year-old was found drifting at sea. His mother had died trying to give her son a better life. Dictator Fidel Castro wanted him returned. CNN covered the demonstrations for Elian’s return as if they had spontaneously occurred like those of free people in New York or Washington, DC.

In Cuba, no unauthorized public gatherings can occur. The large demonstrations throughout Cuba were all organized, paid for and executed by Castro’s government. Participation was forced. Failure by Cubans to participate provoked adverse consequences.

Maria and Jose, two Cubans swept up by them told me about the events. They must remain anonymous to protect themselves and their families from state retribution for speaking against the revolution.

Maria was a high-school student in 2000. She and her fellow students would awaken before 5 a.m. to be loaded into vehicles that after an hour and a half would get them to the starting point for demonstrations. They went in two types of vehicles: a “camel,” invented to accommodate hardships after the USSR collapse, and a bus.

As many as 300 people could be stuffed uncomfortably, standing like sardines in a can, into the camel. At least it had windows. The bus was worse because its high windows made it like an oven in the Cuban heat. Students sat on top of each other, trying to get closer to the windows.

Upon arrival, the students would wait on the street until ordered to begin. They then walked for six hours, passing in front of the US Interest Section, until arriving back at the camel or bus to return to their school. Monitors kept students from sitting. Some fainted.

Back at school after about nine hours, the students could eat lunch. Then they were loaded into the vehicle and taken directly to the Interest Section again for the evening demonstration. For about 13 hours on several days weekly for more than a month, the students endured what CNN presented as spontaneous demonstrations. The students lost about two months of studies. Expulsion, a fate worse than participating, was the punishment for resistance.

When I asked Jose, a professor in 2000, why people in the videos I saw appeared excited, he said because they were given the day off from work. Demonstrating was better and less stressful than work. In Cuba, everyone works for the state, and the state wanted Elian back.

Jose said, “If the majority of Cubans could express themselves without fear, they would have said Elian Gonzalez should have stayed in the United States—a free person, as his mother had wanted. The Cuban dictators are experts only at lying, repression, psychological manipulation, and betrayal.”

The CNN reports I have seen and read failed to inform the audience that the reporters were not free to talk to anyone or go anywhere they wanted, and that Cubans suffered drastic consequences for speaking the truth.

Project Veritas confirmed CNN’s lack of journalistic standards with their own words. This is nothing new. Cubans in Miami have known it for a long time. CNN was a propagandist for Castro and is now a propagandist for the Democratic Party.

Jose says, “Communists promise everything and deliver only misery and repression. Trump only promises freedom and opportunity.”

Cuban Americans can recognize communists before anyone. They know Democrat identity politics and offers of free education and health care are the hallmarks of the communist takedown strategy. Cuban Americans like Trump because he confronts that system.

CNN’s journalistic mission, from its founding in the 1980s, has been to deliver the United States into the hands of the Democrats. Since the late 1990s, when it became the first US news agency to be granted a permanent presence in Havana, CNN has covered Cuba in line with Democratic Party viewpoints.

According to David Landau, author of the recently published Brothers from Time to Time, a history of the Cuban revolution, “The Democrats today are the party of Fidel Castro. Under a President Biden, whose accession to power is CNN’s chief priority, the foreign policy of the United States would be subservient to the goals of the Castro state.”