How Biden Invited the Border Crisis
Skip to content 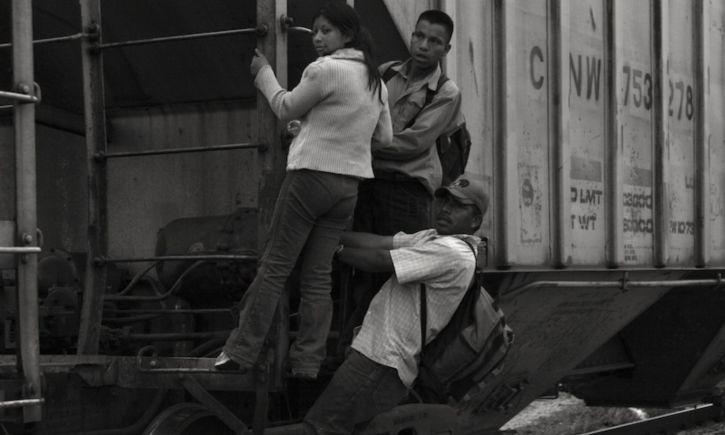 As a candidate, Joe Biden extended an invitation to migrants: “All those people are seeking asylum, they deserve to be heard.… If you want to flee, and you’re freeing oppression, you should come.”

Some 16,000 minors are now crammed into overwhelmed facilities awaiting entry. Most of the migrants are from the Northern Triangle (NT) countries: El Salvador, Guatemala, and Honduras.

I am a US citizen who has lived in Guatemala for nearly 50 years. I have interviewed coyotes here; their business is booming.

As Biden noted in his press conference, over 70 percent of the minors detained at the border are 16 and 17 years of age. In Guatemala, culturally, these are adults; they work full-time, and they are coming to the United States to earn more money. Guatemala is losing a generation of labor.

This is nothing new; for decades Guatemala’s largest source of foreign exchange has been remittances from Guatemalans in the United States.

Remittances have accounted for 10 percent or more of the Guatemalan GDP for 20 years. By 2019, remittances had grown to about $11 billion, equal to total combined exports of all Guatemala’s products and about 14 percent of the economy. GDP per capita was $4,620 in 2019, compared to $65,300 for the United States. Consider that Guatemala is the richest of the three NT countries.

The caravans are heading north, and more are on the way, yet Biden claims his regime is turning back illegal migrants. That claim contradicts both his platitudes about humane treatment and the law, which necessitates a hearing for asylum seekers.

Without enough judges, hearings take years and foment the catch-and-release policy. Trump worked against this with asylum agreements that enabled asylum hearings in Central America. Biden cancelled these agreements, and his statement about turning back illegals, as they accumulate at the border in the tens of thousands, is plainly false.

With Americans aghast at what they see at the border, the administration is feverishly attempting to show how much they are doing to stem the tide Biden unleashed. The administration is airing thousands of radio and social-media commercials in multiple languages in Brazil, El Salvador, Guatemala, and Honduras urging people not to come to the border.

There are more cellphones in Guatemala than people. Families there and in the United States are in constant communication. The feeble ad campaigns do nothing to counteract Biden’s words. NT residents to know now is the time to come, and they talk to relatives crossing the border every day.

As the border facilities overflow and media are denied admittance, Biden and Democrats have to offer an explanation for the chaos Americans are seeing on television. Despite all the asylum talk, our southern border is not being overrun by migrants fleeing persecution from murderous regimes like Fidel Castro’s Cuba. Instead, migrants are coming to the United States in search of larger paychecks. If Americans knew, most would say: “Sorry, we’ve got our own problems. Please go home.”

Democrats must paint a picture far more dire—a humanitarian crisis. These migrants are fleeing hell on earth. How could anyone with a heart not have sympathy?

Many US inner cities are more violent than the worst places in the NT. Should child residents of Baltimore be given asylum in Canada?

None of these five grounds exist in the NT.

During the Trump administration, the vast majority of those Biden deems asylum seekers stopped trying. They knew they did not qualify and would not be admitted.

Biden has done what he said he would: return to processing asylum seekers in the United States as was the case before Trump’s asylum agreements. The resulting flood of migrants was predictable.

At Biden’s recent press conference, a fawning taxpayer-funded NPR reporter asked whether the perception of Biden as a “moral decent man is the reason why a lot of immigrants are coming to this country?” The answer is no. They are coming because he told them to, and more money awaits them in the United States.