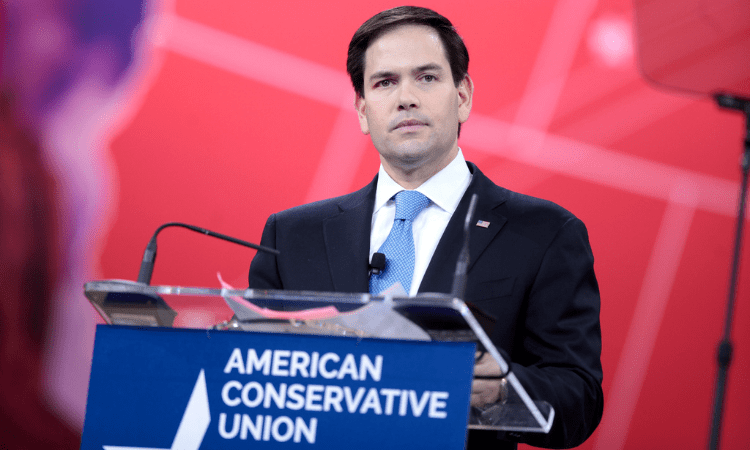 The United States is now caught between its founding principle of individualism and the alien principle of collectivism. (Flickr)

Senator Marco Rubio (R-FL) has drawn criticism for saying the truth: the United States is under Marxist assault. Having been discredited, communists changed strategy to disguise their true nature and goal. The broad category that includes Marxism is collectivism, which if not reversed in a sufficiently early stage, leads to totalitarianism.

Collectivism is a political and economic theory that advocates collective control, especially over production and distribution. Original Marxist theory called for state ownership of the means of production—no private property. Those who reject capitalism call themselves many different names. They have learned that owning the means of production is unnecessary. Government regulations can render private property worthless.

Unique in the world, our founders recognized the Creator grants us inalienable rights that can only be abridged through due process of law. The basis of society is the individual. All persons are created equal, which refers to equal rights rather than equal outcomes (equity).

Individualism assumes people in government will abuse power and creates a structure—separation of powers and due process—to limit it. Collectivism assumes government is trustworthy and will provide for the people. The good of the collective is paramount, and individuals are subordinate to it. The individual has no due-process rights.

The United States is now caught between its founding principle of individualism and the alien principle of collectivism. Identity politics is collectivist. The false narrative of systemic racism obviates the need for due process, such as for a white police officer in an altercation with a black person. Automatic guilt regardless of facts and law serves collectivist conquest.

The Constitution, based on individualism, is an obstacle to the collectivism of today’s ruling class. The two systems are incompatible. This coincides with Rubio’s statement at the Faith and Freedom Coalition conference on June 18: “If we don’t confront this [Marxism] now, call it for what it is and defeat it, it will destroy this country and everything that has made it special.”

Since collectivism is built on false premises that contradict nature, it must suppress debate and dissent to avoid exposure. Izvestia and Pravda of the USSR monopolized public information, as does Granma in Cuba. The New York Times, Washington Post, ABC, NBC, CBS, and CNN dominate the legacy media. Although lacking a monopoly, they operate in sync, disseminating false information and suppressing truth to promote their owners’ collectivist agenda. As a result of polarization, their audiences self-propagandize and isolate themselves from alternative media.

Individualism is unafraid of and welcomes debate as necessary for human progress. To discredit whoever opposes it, collectivism practices polarization through demonization. In his signature 1971 work, Rules for Radicals, Saul Alinsky wrote: “All issues must be polarized … One acts decisively only in the conviction that all the angels are on one side and all the devils on the other … We exploited [racism] for our own purposes.”

US Marxists identified race more than 50 years ago as their wedge issue to divide and conquer the country. Contrary to their narrative, race relations between Americans have improved dramatically, confirmed by many black leaders. Aware most Americans are not racists and would not knowingly support the Marxist movement, Marxists move the goal posts and decry so-called systemic racism.

For Marxists, the US system is unreformable and must be destroyed and rebuilt. Black Lives Matter (BLM), for example, believes in Fidel Castro justice. Martin Luther King, Jr. fought racism but insisted the solution was living up to the aspiration of equality in the Declaration of Independence.

The military now teaches racist, collectivist critical race theory. Joe Biden and his key cabinet secretaries say the greatest threat to the country is white supremacy. This false narrative is part of demonization intended to justify persecuting political opponents for exercising their constitutional rights. The same applies to branding the January 6 invasion of the Capitol as an insurrection.

The January 6 event had zero chance of taking control of the country nor did it intend to. It was, however, directed against civil authority. There is a large difference. Our government officials swear to protect and defend the Constitution. The Chinese Communist Party pledge is to “sacrifice my all for the Party … never betray the Party.”

Acting like the CCP, the Biden regime substitutes itself for the Constitution and persecutes its constitutionally protected opposition as domestic terrorists. Simultaneously, the regime encourages and does not prosecute violence from its partners BLM and Antifa. Biden uses violence and chaos to justify increased government power, as he did on June 23 by blaming it on guns. This is how Marxism has conquered countries.

Joining Rubio, Florida Governor Ron DeSantis just signed an education bill against “the evils of communism and totalitarian ideologies.” Because of its large Hispanic population that fled communism, Florida leads the country in awareness.

Americans, including many who oppose the Biden regime, cannot imagine their country succumbing to dictatorship. Cubans, Venezuelans, and Nicaraguans could not either, but it happened. We must encourage and support more courageous, insightful leaders like Rubio and DeSantis to confront collectivist intimidation.