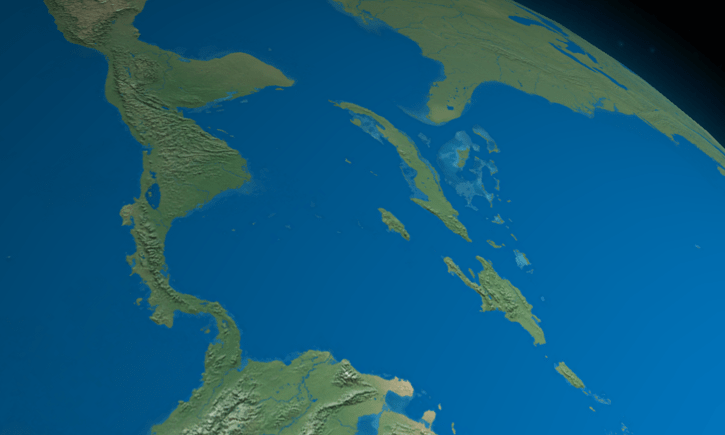 There are 481 active issuing companies on the stock exchanges of SICA countries but little movement. (Wikimedia)

Seven Central American countries and the Dominican Republic have announced the long-awaited integration of their capital markets. However, the focus on government securities rather than private ones means the initiative will lack teeth to spur real growth.

Although a step in the right direction, the merger stops short of allowing the trading of privately issued securities. The true power of finance for economic growth will remain untapped for now.

Delays and legal disparities between the countries mean jobs at least for lawyers and lobbyists. The BCIE has hired consultants to address jurisdictional shortcomings and guide legislative and regulatory reforms.

This harmonization process is expected to take between 12 and 18 months, although business will have to wait even longer for a chance to participate. Officials have only hinted at the expansion toward private securities in a distant future.

Another concern is the BCIE’s role as a regional supplier of cheap credit. The regional bank will set up a $150 million fund to buy up these sovereign bonds. Moreover, the BCIE has asked the Mexican Ministry of Finance to allow SICA countries to issue sovereign debt on the Mexican stock exchange. The BCIE will guarantee those bonds in case of default.

Governments Benefit, Businesses Get No Love

Financing costs may go down for governments and pension funds looking to saddle up with investment-grade debt. However, the current project does little to strengthen businesses, the true engine of economic growth devastated by the pandemic.

There are 481 active issuing companies on the stock exchanges of SICA countries but little movement. Many of the region’s successful ventures do not trade in Panama City but in New York and Toronto.

A unified trading platform for private securities would boost transactions and foreign investment, reduce financial risks, and provide businesses with liquidity in times of need. Governments would also benefit from the resulting taxes on higher economic activity.

Mutual funds that set up shop in this common stock exchange could become a safer way for foreign investors to invest in emerging economies. It would also provide diversification options to local retail investors that were previously limited to national instruments in their portfolios.

Lower interest rates in the rest of the world have made emerging economies’ bonds more attractive, but foreign investors are aware of the high geopolitical risks in Central America. If the central banks of developed economies raise rates following the pandemic’s recovery, foreign investors will return to safer destinations. This should keep local governments on their toes.

How to Ensure Success

SICA countries can assess the experience of the Latin American Integrated Market (MILA), a common stock exchange for non-fixed-income securities launched in 2011 among Mexico, Colombia, Peru, and Chile.

Since its inception, 30,151 trades have been conducted through MILA, with a total volume of $631.3 million. Currently, MILA’s market capitalization of $897 billion makes it the second-largest stock exchange in the region, just after Brazil’s B3.

A main hurdle to MILA’s development has been the lack of harmonization, since each country has maintained its own tax regime, commissions, and investment rules. With few tax incentives and a lot of red tape, investing in MILA stocks is still burdensome and unattractive for all but the largest investors.

For an integrated Central American stock exchange to spur substantial investment, regulatory standardization must become a priority to alleviate investors from burdensome and unclear procedures. Judicial reform to ensure local courts remain independent and do not give in to anti-business activists is another pressing matter.

Until there is a decided effort to boost private investment and apply the rule of law, small- and large-cap companies from the region will continue their pilgrimage north for capital.