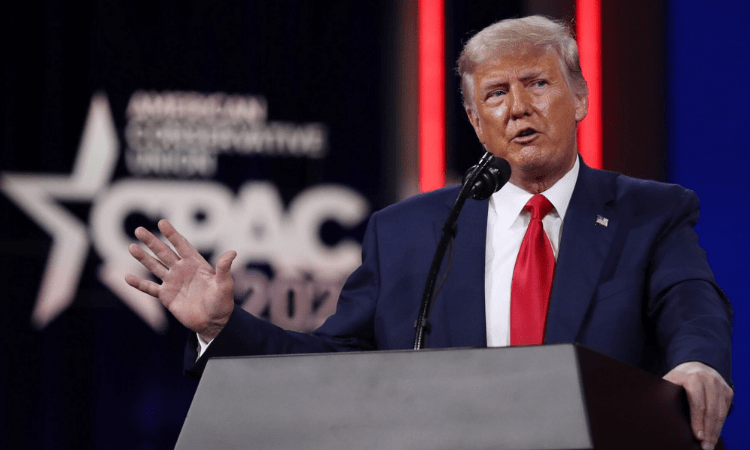 "America-First" conservative movement is not made out of Trump's disciples.

Media coverage of the CPAC “America Uncanceled” conference focused on former President Donald Trump and missed the deeper sentiment of attendees. Trump addressed the concerns of the bottom-up conservative movement, but those concerns will remain whether he campaigns or not.

The speakers in Dallas (July 9–11) were insightful and clear. They conveyed what the attendees knew and why they came: the federal government is controlled by a radical collectivist movement trying to end the rule of law and the last restraints on their power.

Robby Starbuck, a filmmaker of Cuban heritage running for Congress in Tennessee, said “We are on the precipice of communism … It is time to choose.” Xi Van Fleet said any Chinese person who experienced the cultural revolution can see that critical race theory is the same thing: “It’s communism, cultural Marxism.”

Communism is the world’s most dangerous virus. It has mutated and, via the Biden administration, now threatens all Americans. Present-day communism does not require the state to take possession of private property. Rather, through elaborate and onerous regulation and taxation, centralized government can render private property useless.

Those Who See the Problem

There was little mention at the conference of Democrats. Instead, the attendees and speakers focused on the positive: affirming core values and how they can prevail. In particular, that includes the individualism in the Constitution and Declaration of Independence. The conference’s unifying theme was that our rights are Creator granted and precede government.

Americans are in a confrontation between two incompatible systems. Some speakers called it light versus darkness or good versus evil. The most accurate description was liberty versus tyranny.

The attendees intend to fight rather than submit. The speakers called on them and viewers to stand up to bullies, oppose the tactics noted above, and confront false narratives. Specifically, there was an emphasis on taking back education, restoring electoral integrity, voting as shareholders, and establishing a patriot index to support pro-America corporations. You can also expect more lawsuits against big-tech censorship.

There was a consensus that states must assert themselves, as Texas is doing regarding the border and illegal immigration. Freedom of the press is as much about people’s right to information as the right to publish. That means taking control of information back from oligarchs.

The three top issues of the conference’s straw poll were constitutional rights, border security, and electoral integrity. Speakers and attendees alike know and say Democrats and their partners are desperate and think nothing of cheating to impose their agenda on the rest of us. Referring to the need to defeat the HR-1 voting law, Representative Jody Hice (R-GA) said, “If we lose election integrity, we lose everything.”

Glenn Beck and Ben Carson exposed the false narrative of so-called systemic racism and the racism of critical race theory. There are more slaves in the world today than when the first slaves landed here and when Abraham Lincoln declared them free in 1863. The lack of outcry by those who attack the United States is deafening.

Beck and Carson spoke about the great progress we have made in race relations. Carson said the way to fulfillment is through education and asked why Democrats oppose school choice. He said the left projects itself and its ways onto enemies.

The enemies of liberty falsely describe themselves as inclusive, yet, in an Orwellian manner, they favor racial discrimination. Martin Luther King Jr. would be horrified by today’s race hustlers and would have been thrilled by the conference. The attendees embrace King’s aspiration of people being judged by their character, not the color of their skin. More importantly, they live it.

The coalition that brought Joe Biden to power praises what it calls moderates in the Republican Party, AKA RINOs. Those who are not actively fighting for liberty are facilitating tyranny, including Republican swamp creatures such as Representative Liz Cheney (WY) and Senators Mitt Romney (UT) and Bill Cassidy (LA). Boos accompanied their names throughout the conference, because the Republican Party is now the party of America-first policy. In the straw poll, Trump garnered 98 percent approval and four-fifths of a theoretical presidential primary.

The new America First Policy Institute (AFPI) think tank consists of about 50 people, many of whom were important contributors to Trump’s policy successes. The AFPI, which had a CPAC exhibit, will continue Trump’s domestic policy council’s work with the states towards deregulation.

Trump’s greatest applause in his Sunday speech was when he said he was impeached twice and then fought even harder. CPAC attendees love Trump because he speaks to their core beliefs, values, and positions and confronts the anti-liberty movement. He showed America with his policies how great she is and can be. That greatness is what motivates conservatives, not one man.